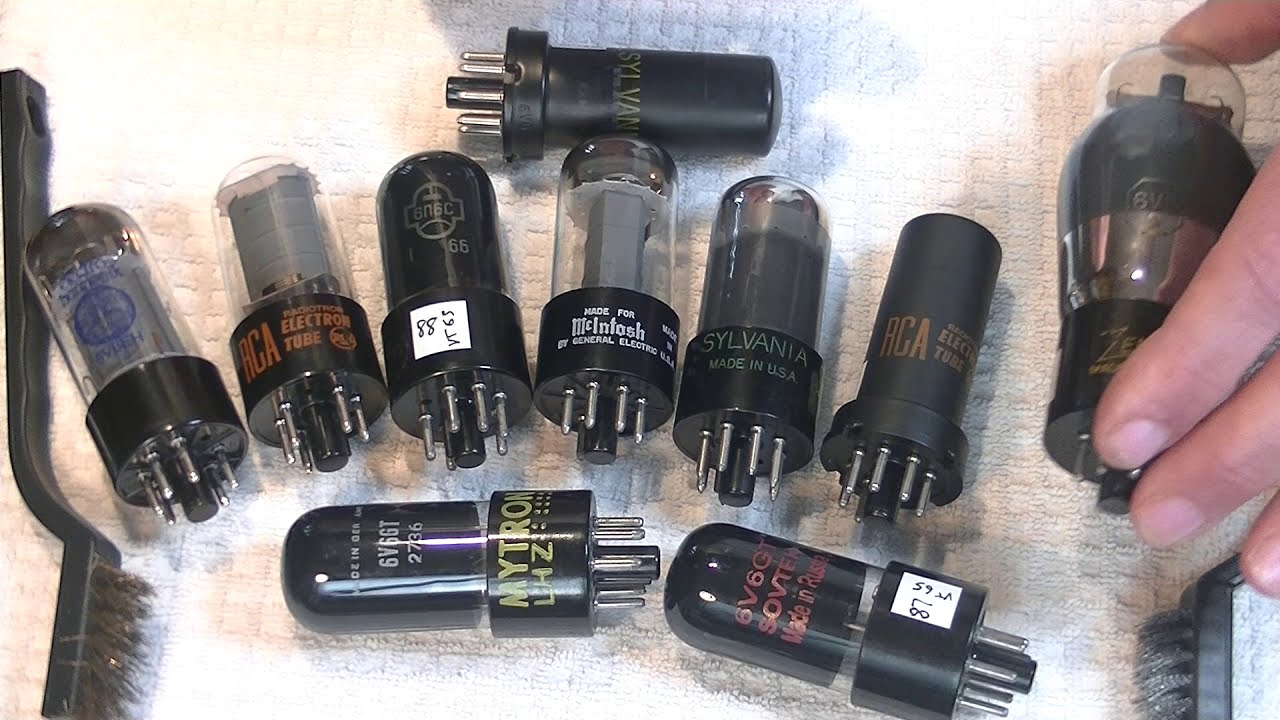 Overall, different people often have different preferences so it’s no surprise that the guitar community is at odds about the winner in 6V6 vs. EL84. You also have a hard time choosing between the tubes as they each have something you like? In that case, you have come to the right place. This article is going to show you everything you must keep in mind about the tubes so you could make a wise investment.

An Overview Of The Tubes

The 6V6 tube is capable of enduring around 5 watts of power, while its push-pull pair can handle about 14 watts. In terms of the tone, the sounding of this tube is kinda “scooped” yet “piercing” while being a little rough compared to the 6L6 tube. Needless to say, it distorts easier and the tone tends to get dirty once the volume is pushed higher. Moreover, the 6V6 tube does not perform too well in the bottom end but a noticeable boost will appear if it is in the midrange.

The EL84 tube could reach 17 watts while being in a push-pull configuration. About the tone, the sounding of this tube is grittier and focused on the middle yet it gives lots of high-ends as well. As you use this tube, you should expect smaller headroom, thus increasing the chances of getting a harmonious rich tone as well as distortion. In the case that the volume is high, things will be relatively fuzzy.

Basically, even though the 6V6 tube might become dirty, its output is cleaner while the EL84 easily gets fuzzy. Differences exist in the EQ curve too, thus leading to a number of separations between the tones of the tubes. The 6V6 brings some mids into the mix while keeping the high ends and providing you with a piercing tone so it is perfect for blues, blues rock and jazz-oriented music. On the other hand, the EL84 concentrates more on mids and high-ends with more distortion, hence making the tone sound harsh.

Where Is The 6V6 Commonly Used?

This power amp tube can be seen easily in low-wattage guitar amplifiers because of its loose lows and sweet highs.

Which Amps Use The 6V6 Tubes?

If you want to find an amp that has the 6V6 installed in it by default, here are some models to consider: Fender Deluxe Reverb, Fender 68 Custom DeLuxe Reverb, Fender Champ, Marshall DSL15, Orange Rockverb 50 and Laney Cub10.

What Are The Differences Between The 6V6 and 6L6 Tubes?

The 6V6 is commonly considered a compact version of the 6L6 tubes since it handles 5.8 watts less. Also, its sound output is warm yet gritty and a gnarly overdrive can occur even if there are no strident highs.

That is possible but only if the amplifier manufacturer says that you can do so. Otherwise, it is not recommended at all because of the risks of damaging the power transformer and related elements.

How Long Do The EL84 Tubes Last?

In general, this kind of tube’s lifetime is from 5 to 10 years depending on the usage and care of the owners.

Technically, no as pentode refers to the tube which has five elements. The 6V6 is a Beam Power tube consisting of four parts so it is actually a tetrode.

Where Can I Find The EL84 Tubes?

At the moment, the EL84 tubes are installed in Vox AC30s and AC15s as well as small Marshall amps such as the DSL combo series.

Absolutely not. The 6L6 tubes demand more heater current, thus possibly damaging the amps in use. However, if your amp either is specifically made to operate multiple tubes or contains an over-specced power transformer, these two amps may be interchangeable.

Which Tube Should I Use To Replace The EL84?

There are two tubes equivalent to the EL84 and they are 7189 and 7189A. These tube are the extended-rating versions used for industrial applications.

You cannot do that, unfortunately. The reason lies in the differences in the number of sockets’ pins between these tubes.

Is It Safe To Touch Tubes of Amplifiers?

Touching tubes of amplifiers is like touching light bulbs. For your safety, you must first turn off the amp, disconnect it from electrical sources and wait for it to cool down. After that, feel free to touch the tubes as much as you like.

What Will Happen If I Do Not Warm Up The Tube Amp?

If tubes of amplifiers don’t get to warm up sufficiently, bad tone ensues in most of the cases. If you also fail to warm up the guitar, there is a good chance that the tone would become hard to control after around half an hour.

All in all, both these tubes have distinct strengths that suit different types of users and music genres. Therefore, it is better to try both of them and then draw your own conclusion. Yet, you should still be careful of the deficits since these two tubes are not perfect, of course.