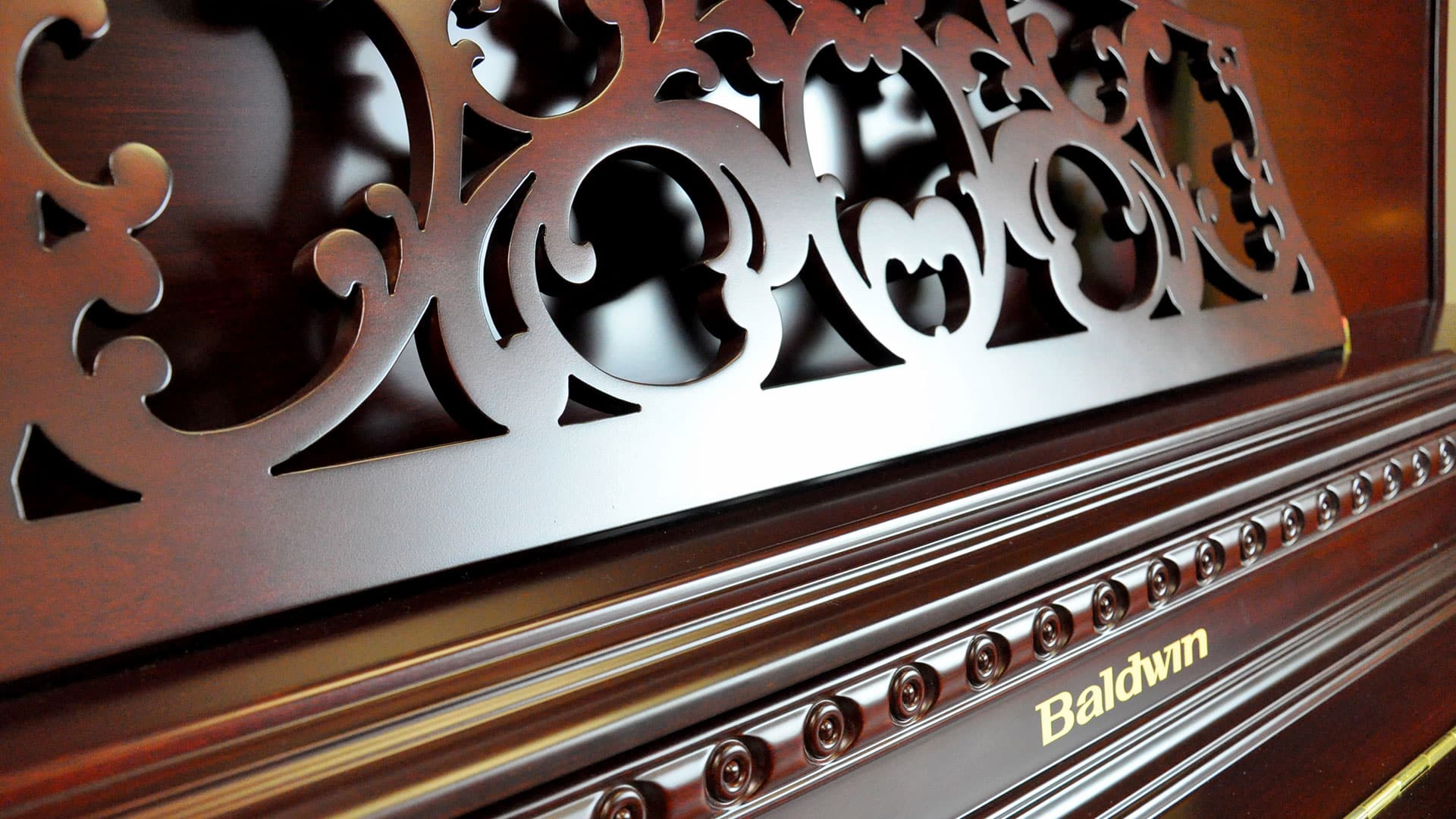 If you are from the United States there is a high chance that you have heard about Baldwin pianos. But they are much less popular in Europe maybe because of highly rated piano manufacturers like Steinway & Sons, Bechstein as well as Kawai and Yamaha here in Europe. The Baldwin piano company was founded by Sir Dwight Baldwin in 1862. He opened a piano dealership in Cincinnati, Ohio, United States.

The company thrived in spite of the Great Depression in the 1910s and World War 2 in the 1940s when the Baldwin factories were taken over by the national military to produce plywood for military aeroplanes. By 1973 Baldwin’s piano company had manufactured one million acrosonic pianos. Following the death of Sir Dwight Baldwin in 1899, the piano company decided to develop and later introduce the ‘Acrosonic’ Upright Piano to the world.

Today, it is still popular.

Here are some valuable points that can help you to understand an acrosonic uniqueness and may help you to decide if you want to purchase the piano or not.

Baldwin acrosonic pianos are highly regarded by pianists in the United States for their high quality and functionality. One of the most popular upright piano series manufactured by Baldwin is Acrosonic, which has been impressed with its exceptional sound for many years. Due to the reliability of the production process, these upright pianos have been invariably appreciated in the smaller, more economical instrument market since 1936.

The Baldwin Acrosonic piano is perfect for everyone – beginner and professional. If you are looking for an affordable acrosonic piano for your profession, practice or otherwise, it is highly recommended that you consider purchasing this instrument! If you want to learn to play the instrument, LVL Music Academy has great tutors and it is a great place to learn either physically or virtually.

Here, we will focus on Baldwin Acrosonic upright pianos – console and spruce. You will find out what their prices, dimensions, weight are and how they are different. 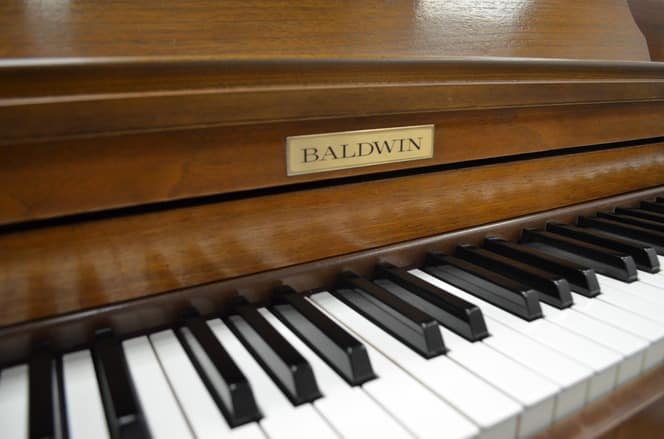 Baldwin introduced compact upright pianos to the market as at that time much smaller houses were being built and you couldn’t afford a larger instrument. However, over the years the company began to produce larger and larger upright pianos to meet changing needs and demands.

Baldwin Acrosonic upright pianos are divided into spruce trees and consoles, the main difference is the year of production and the dimensions. However, both series stand out for their impressive sound, which is ensured by Baldwin’s meticulous production process and quality control. The large soundboard of Acrosonic upright pianos allows you to achieve a loud and powerful sound. I have had the pleasure of practicing on Acrosonic spruce trees and consoles and I can say that both types of instruments represent very high sound quality.

Acrosonic models were produced in the following sizes: from 36 “(91 cm) spruce trees to small 40” (102 cm) consoles and medium 42 “(107 cm) consoles. Due to their relatively small size, Baldwin added high tension strings not forgetting to use the highest quality wood. Acrosonic upright pianos vary in weight between 130 and 180 kg, depending on model and size. 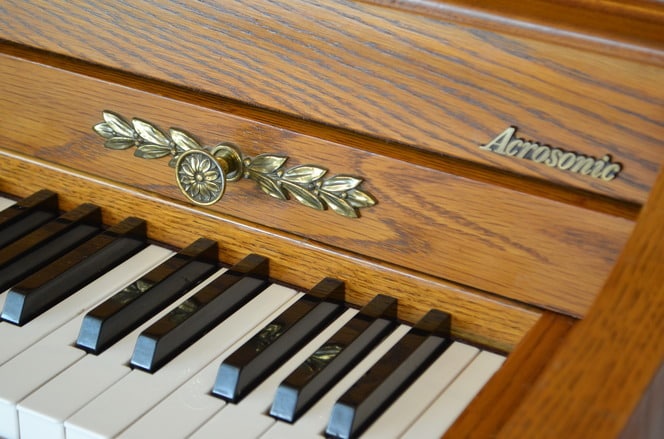 The Spruce was the first Acrosonic upright piano to be developed with the contemporary trend of building small houses. It has a powerful sound that appeals to pianists who love to play this instrument. The popularity of spruce trees waned when Baldwin introduced the Acrosonic console model. Due to growing interest in consoles, Baldwin suspended spruce production.

Acrosonic consoles are more like modern upright pianos due to longer keys and more massive structure. I think it is also an upright piano more suitable for beginners. Consoles have better sound quality, are taller, and easier to use than spruce trees. Acrosonic spruce trees, on the other hand, are considered more expensive and more difficult to maintain. However, both types of upright pianos are suitable for beginners due to their tonal range and compact size. In view of the above, Acrosonic spruces and consoles primarily serve the needs of home practice and music creation.

Baldwin is known to never compromise on quality. So, no matter which model you buy, the quality and sound of the upright piano will be excellent. However, if I had to recommend one instrument, it would be the Acrosonic console as it is easier to use and maintain. It also offers great sound quality and a larger size often at the same price as you would buy spruce.