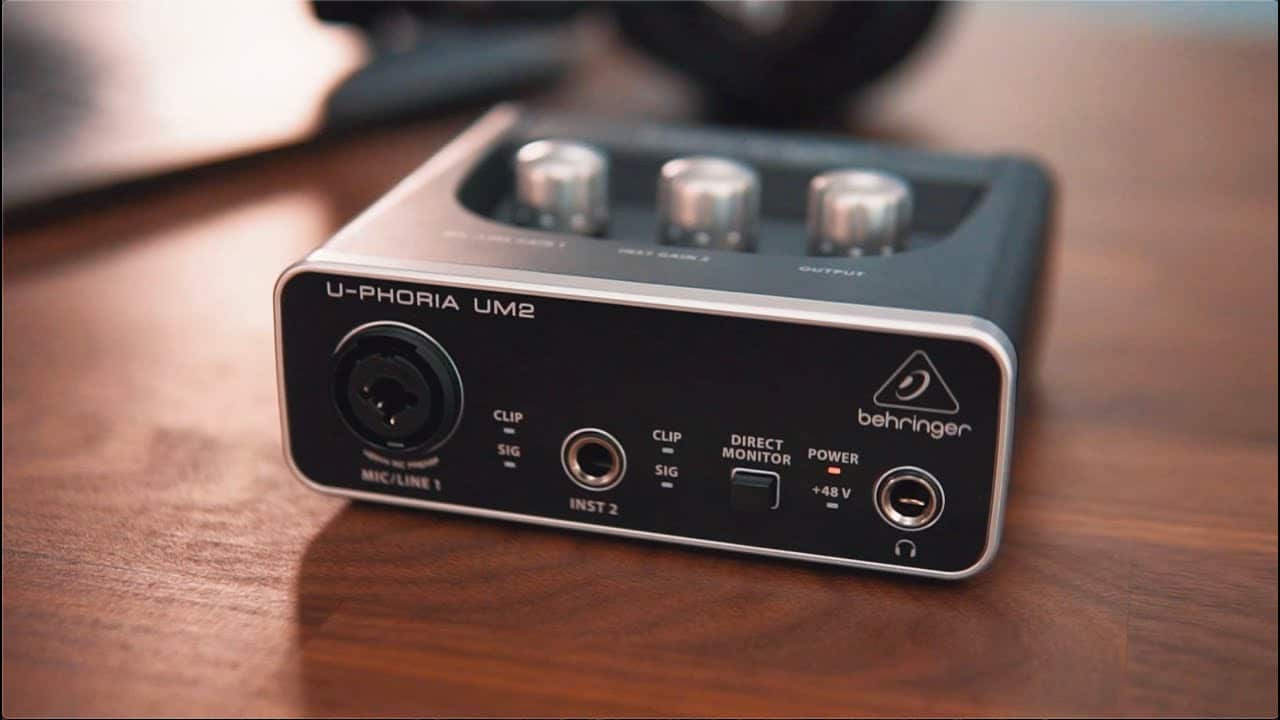 Despite the lack of fancy features, Behringer UM2 remains a solid audio interface that gives a good account of itself in all sorts of arrangements. Dependable and reliable, the Behringer audio interface proves popular among those that seek a stable connection between instruments and computers. However, it’s noteworthy that Behringer UM2 may still go haywire out of the blue. Naturally, every now and then, complaints about Behringer UM2 not working as expected pop up in forums for Behringer users.

How To Troubleshoot Behringer UM2

Your Behringer UM2 malfunctions out of the blue and you can’t restore its performance? Then it’s suggested that you take time to read through this article. Down below is all the information that you must keep in mind about the Behringer audio interface acting up in use.

All sorts of factors influence the performance of audio interfaces but once it comes to Behringer UM2 not working, you should remember these possibilities.

Generally speaking, even as computers get more and more advanced, they experience occasional hiccups in the course of operation. A lot of computer hiccups prove to be mere nuisances that resolve by themselves as time passes by. Nonetheless, it’s worth pointing out that several hiccups on computers could cause long-lasting disruptions to key functions including hardware detection. That is why it’s a good idea to take computer hiccups into account if you come across oddities while using your Behringer UM2.

Since audio interfaces cannot communicate directly with computers, people have to install drivers on their devices to act as intermediaries. In the case that you want to make use of Behringer UM2, it’s necessary to download a driver called ASIO4All. If your version of ASIO4All is up-to-date, you should be able to get the most out of your Behringer audio interface. On the other hand, if you neglect the update of ASIO4All, it would become obsolete and prevent Behringer UM2 from living up to expectations.

To put it plainly, cable is the one that is responsible for establishing a connection between your computer and Behringer UM2. Needless to say, if the cable runs into issues, it’s only natural that the Behringer audio interface performs inconsistently. Numerous articles that address the topic of Behringer UM2 not working include cable in their list of likely causes. Unless you manage to deal with the issues that plague the cable, there is no way to use the Behringer audio interface to its full potential.

Unlike many other things that people plug into computers, audio interfaces require a certain amount of power to work. That means if your computer fails to deliver enough power to Behringer UM2, its performance should fall short of demands. To be thorough, it’s strongly recommended that you give inadequate power some thought as you troubleshoot the Behringer audio interface. On the bright side, as soon as electricity reaches Behringer UM2 in sufficient quantity, it’s going to resume operation.

All in all, today’s audio interfaces don’t fail easily but they could suffer quite a few damages nonetheless. For instance, if you drop your Behringer UM2 from height, the impacts may compromise internal components and that interrupts operation. In addition, like any other device of its type, the Behringer audio interface is vulnerable to power surges. Without surge protectors, power surges would be able to pass through your computer and make a mess of Behringer UM2 in a blink of an eye.

What Must Be Done

When people notice their Behringer UM2 not working, they resort to a wide range of measures to bring the audio interface back to normal. That being said, if you care about the odds of success, you should try out the following fixes.

In the beginning, you have to disconnect Behringer UM2 from your computer. Next, save everything that needs to be saved then proceed to restart the computer at the earliest opportunity. By doing so, you could get rid of hiccups that plague your computer with relative ease. After restarting your computer, plug the Behringer audio interface back in and see how things turn out.

So it’s been a while since you updated ASIO4All on your computer? In that case, you should consider downloading the latest version of the driver from the ASIO4All website. Following the update of ASIO4All, restart the computer at least once before connecting it to Behringer UM2. Usually, with an up-to-date ASIO4All on your computer, you would have an easy time making use of the Behringer audio interface.

Examine the cable that you use to connect Behringer UM2 to your computer for signs of damages. For most of the time, if you detect exposed wiring, feel free to conclude that cable is the one responsible for the situation. However, sometimes, cables could sustain extensive damages to their structural integrity and still retain intact casing. Because of that, for good measure, you need to pick up a new cable as soon as possible.

First, you have to make sure that Behringer UM2 is connecting directly to a USB port of your computer at the moment. Though USB hubs come in handy at times, they cannot guarantee enough power for audition interfaces over time. Second, if you hook in the Behringer audio interface via a USB port but problems persist, remove it, clean that port and reconnect it. Third, in the case that Behringer UM2 remains unresponsive, switch to another USB port.

Get In Touch With Customer Service

If Behringer UM2 won’t come on no matter what you do, you should contact customer service. Unless you have the tools and skills, avoid repairing the Behringer audio interface on your own so you don’t void the warranty. By leaving the repair to the pros, you could escape a lot of headaches associated with improvised repairs. Depending on the cause of damages, you may have to pay a certain amount of money.

Is there any alternative to ASIO4All?

Overall, ASIO4All is the official driver for Behringer UM2 so sticking to it is a good idea. Nonetheless, if you don’t like using your audio interface with ASIO4All for some reason, a couple of alternatives exist. Presently, FlexASIO is one of the top choices for owners of FlexASIO that hate dealing with ASIO4All. Noteworthily, FlexASIO costs nothing to use so you don’t have to worry about expenses.

Could I leave Behringer UM2 on all the time?

Behringer UM2 holds together well in drawn-out recording sessions but you should turn it off outside of use. That not only optimizes the longevity of components but also prevents a number of troubles in the long run.

What is the warranty of Behringer UM2?

On arrival, Behringer UM2 comes alongside a one-year manufacturer warranty that covers defects. After you pick up the Behringer audio interface, you may want to register it on the Music Tribe website. By registering your unit, you should be able to extend the warranty period to three years. 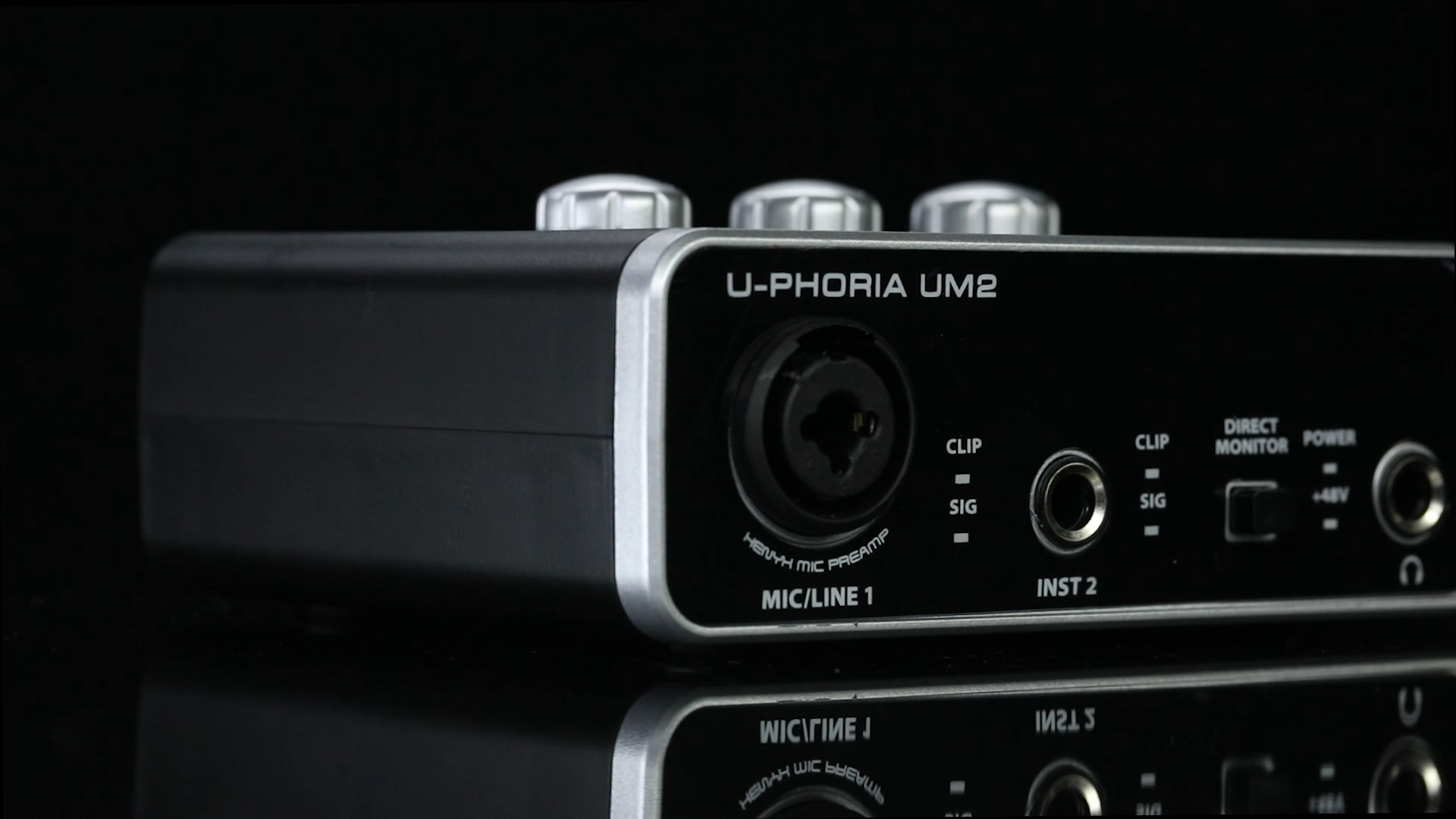