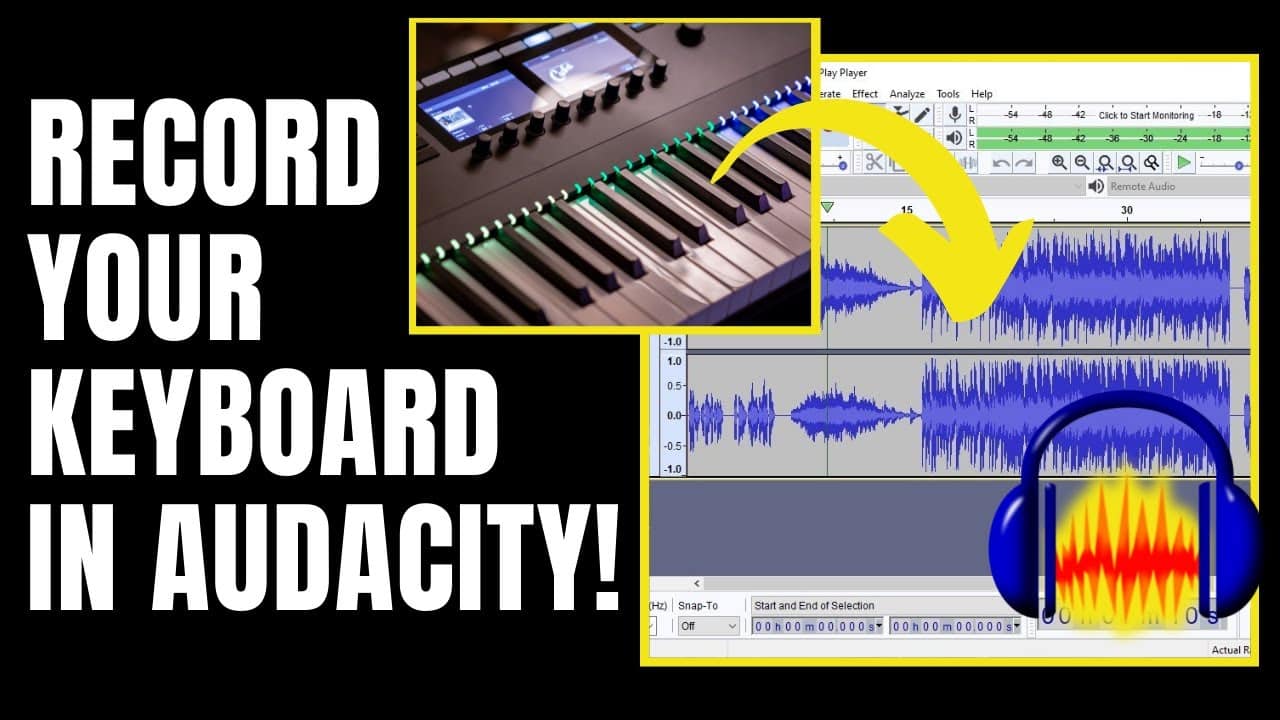 Audacity is a digital auditor and recording software application. It is designed to be a free and open-source application. Audacity is compatible with Windows, Mac OS/OS X and Unix operating systems. Audacity is a program that has been around for quite some time as it was developed by  Dominic Mazzoni and Roger Dannenberg in May 2000. It’s a quite popular application and has millions of users from corners all over the world.

Audacity can be used to record from a variety of sources and musical instruments. It can also be used to process different types of audio sounds. This software can be used to add popular effects such as fading in and out, trimming, normalization and so on. Audacity is versatile and had even been used to record albums.

Now, you obviously know that Audacity can be used to record from a number of sources. You may ask, how can I get to record my keyboard on Audacity? To do that, you have to first connect your keyboard to the system and set up Audacity.

How to connect Audacity USB to your computer system?

Play the song on the keyboard. If you don’t have the ” recording” option on your keyboard, you’ll have to play it live while recording on the program. After this, you can start to record on Audacity.

The keyboard has now been connected to the system and you’re ready to start recording.

How to record keyboard on Audacity USB?

You can start recording through the following processes:

Set up the Volume. Navigate to the volumes panel and click on recording as your chosen form of input. You could either have connected the devices through Line In or Mic In. As you’re using the USB cable, you’re connected through Line Out to Line In. Move the volume slider to the highest and increase the volume knob about halfway. You may have to try out a few things to get the right option for you. Keep in mind that a piano has a large dynamic range, so you have to keep the volume low enough to avoid any distortion.

It’s also possible to listen to the sound through the computer. To do this, you would need to enable Line In for playback using the volume control panel. Now, any sound that comes into the computer will be sent directly to the in-built speakers of the computer. Then, if your computer has no speakers you can connect through headphones.

Increase the volume to a level that you feel comfortable with. This volume level is different from the one used for recording and you’re free to increase or reduce it at will.

To record, launch the Audacity program. Verify the source where you’ll be recording from. When you’re ready to start recording, navigate to the Recording panel. The “Record” panel is identified as a button with a red dot. Click on the button to start recording. Then, audacity will automatically create a new track. Play something with the use of the keyboard and it will immediately appear on the track. As soon as you’re done, click on “stop”. Make use of the zoom button to view the entire recording (shortcut: Ctrl + F).

When you’ve completed the whole process then you can have a successful recording.