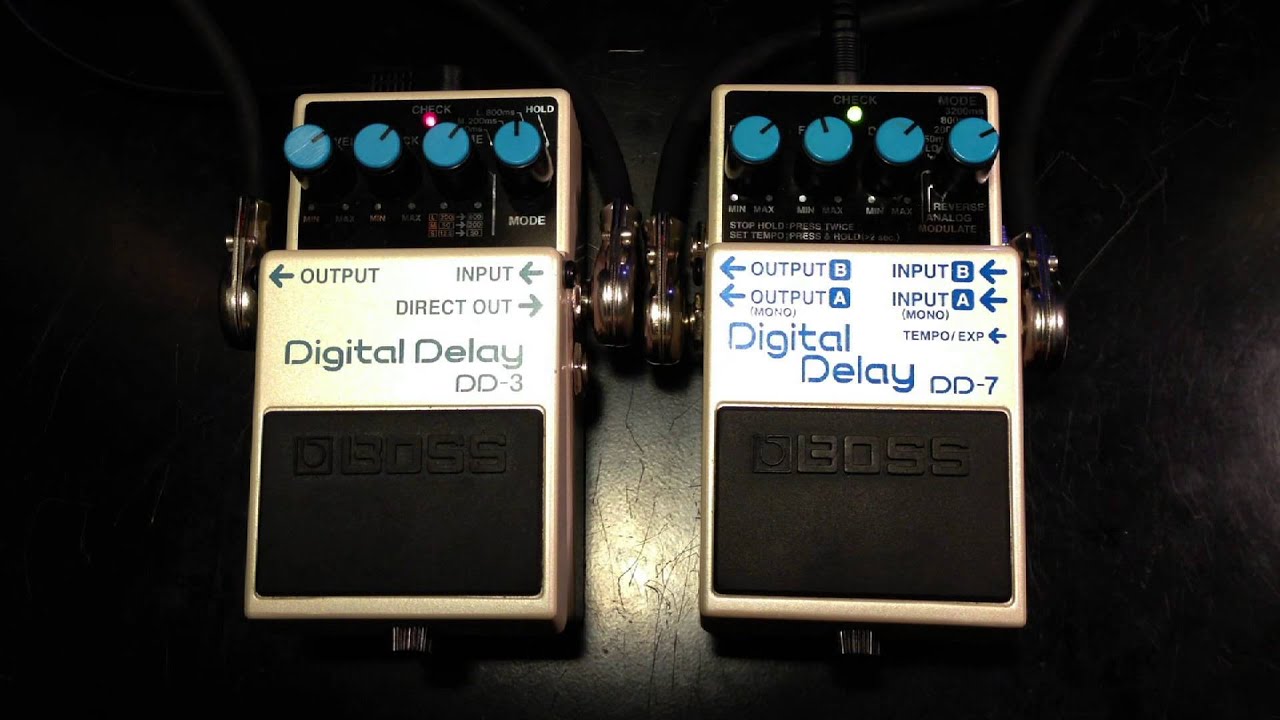 Delay is a very important aspect of music production. It’s an effect that allows consistency of the sound delivered at any point on stage. In addition, it takes incoming signals and plays back delayed duplicates simulating echoes. When identical signals are played and applied with delay, it’ll appear to be a single sound to the listener. These are just some benefits of the delay effect.

Digital delays, where Boss Corporation is one of the leading manufacturers, are among the widely used pedals today. Since 1978 when the DM-1 (the first delay machine was released) up to now, Boss has produced great digital delay pedals. And, among the hot choices are the Boss DD3 vs. DD7. DD3 was released in 1986, while the DD7 was in 2008.

As digital technology slowly becomes the new trend, Boss DD3 replaces DD2 (the world’s first digital delay stompbox and first-ever pedal from Boss). Since DD3 was designed for ease of use and great functionality, it’s still a well-sought-after delay pedal up to the present. 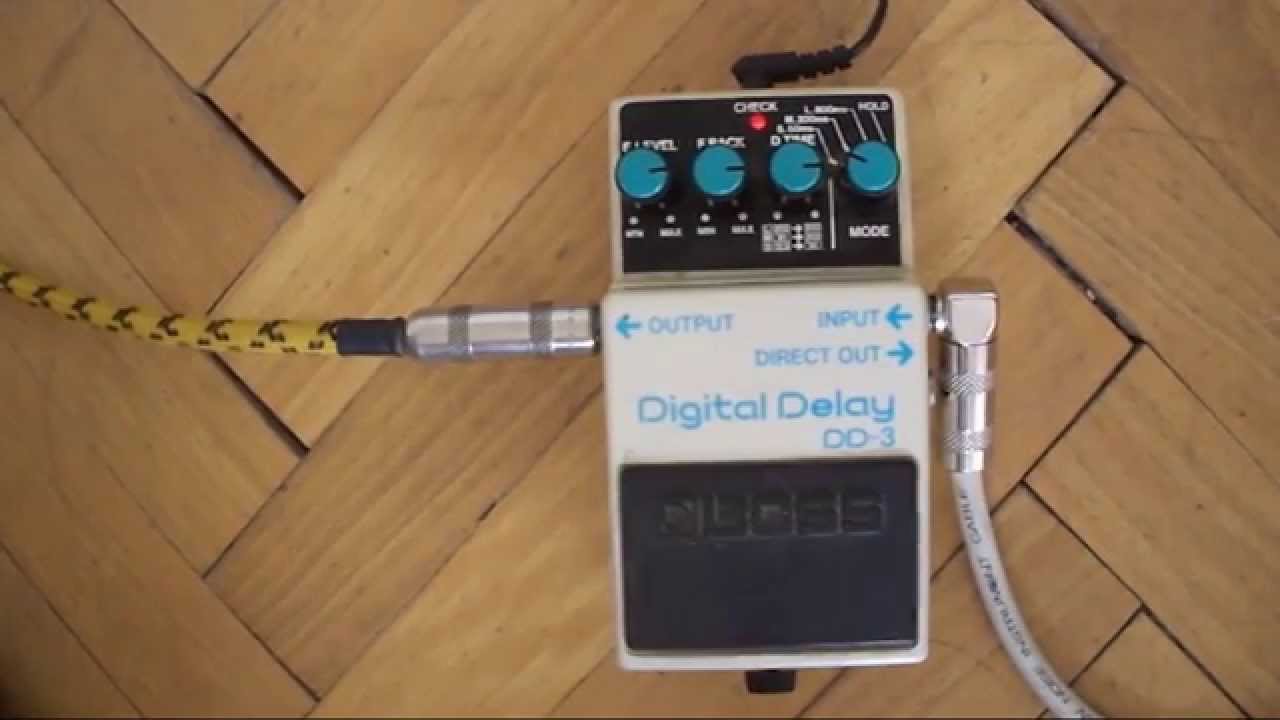 In the DD3, you only have four knobs to control the effect, feedback, delay time, and switch between modes. One great aspect of the DD3 is the direct output. You can hook to two amps to give you a wet/dry setup. For more than three decades, DD3 is still the choice for guitarists, and music producers, in general.

As the fifth member of Boss single stomp model series, Boss DD7 is expected to have the features of the DD3 plus more. DD7 offers more modes, which is a handful, especially for those who are new to digital delay. However, it’s not something that you can’t learn overnight – it’s easy to familiarize yourself even after a few hours. 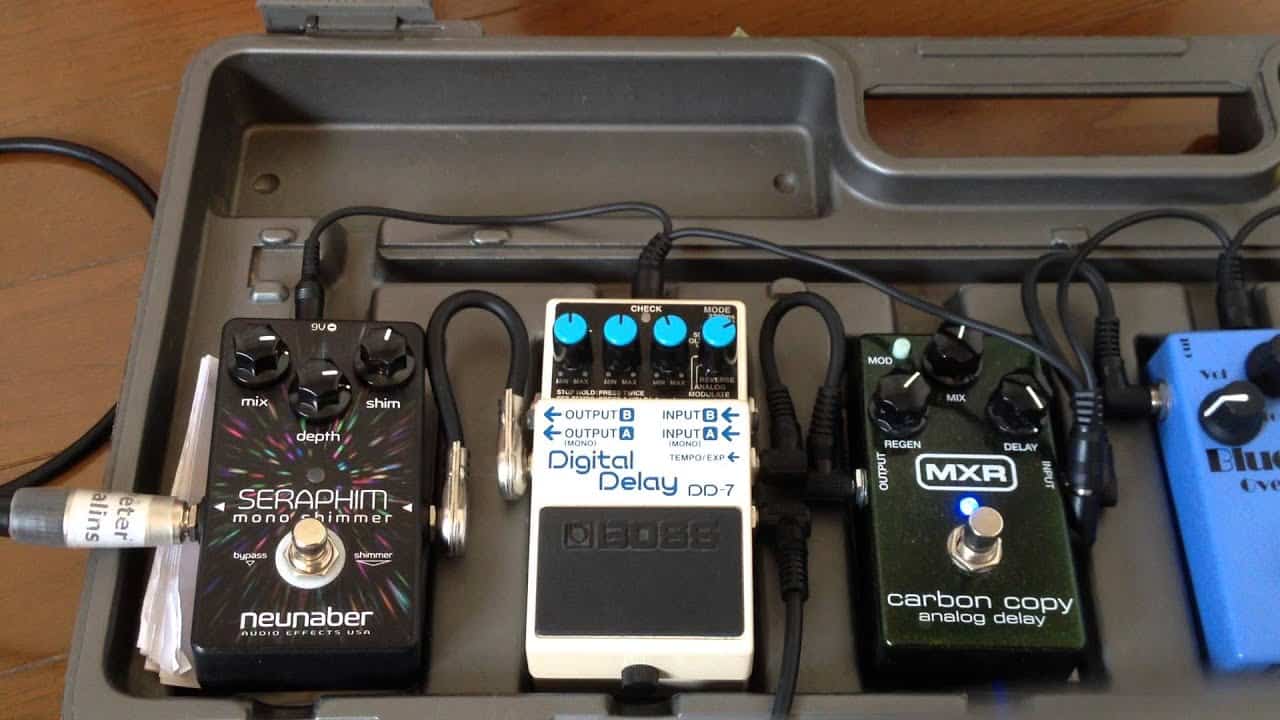 It still has four knobs, but instead of four modes, this one has eight modes. This model also has more inputs and outputs, with an extended delay time of up to 6.4 seconds. With just a first look you can see that indeed Boss made more improvements on DD7.

One of the reasons why Boss digital delay pedals are widely known and used in the music industry is that they are well-designed for straightforward operation. For someone who has been using DD3, using the DD7 isn’t something completely new. 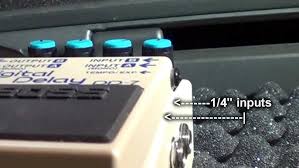 For the DD7 you can get more control. As mentioned, it comes with eight modes – 50ms, 200ms, 800ms, 3200ms, Hold, Reverse, Analog, and Modulate. The Analog delay gives more of the DD2 analog delay sound, while the Modulate delay gives that natural, chorus-type output.

To get to know more about these pedals, check the specs comparison table below.

There’s a good reason why Boss DD3 is still used today – its simplicity. If you want the sound of the 80s, the DD3 is still better than the DD7. For more versatility and to give a modern touch to your music, the DD7 is a superb option. To get a clear comparison between these two in terms of performance, here’s a good YouTube video for it.

DD3 is very easy to use. It can be hooked into two amps to get a wet output and a direct output. The former sends a signal with effects to your amp, while the latter sends the clean output to the other amp. This feature is very useful if you want to get stereo output, bringing your performance to a whole new level.

For the DD7, you have an extended delay time of up to 6.4 seconds, which is a great advantage for live performances. You can also utilize the built-in tempo to control the delay tempo in a breeze. With this, you don’t need to go down and manually change the settings.

You can see in the DD7 the tap-tempo input which gives you a footswitch dedicated for the tap tempo. Lastly, DD7 is also a great looper, which can be activated using the hold mode. With the footswitch, you can activate this feature in just two successive stomps. 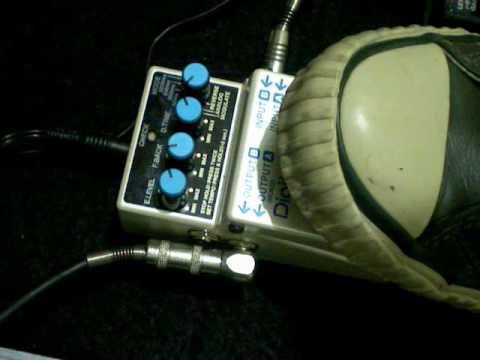 You’ve heard from the YouTube video above the quality of the sound output of these two pedals in different delay modes. Basically, when it comes to sound, these two are unique. DD3 is perfect for 80s rock, while the DD7 is for modern sounds.

The DD3 provides more clarity with more rings on each note, while the DD7 seems to be more compressed. In terms of warmth of the tone, DD3 is great for it. Since DD7 offers a wide range of options, you also get more versatility in your music production.

There are great deals for these delay pedals. Yet, DD3 comes with a more affordable price tag compared to the DD7. It’s understandable that the DD7 is on the expensive side given additional great features not found in DD3.

Boss Corporation is really great when it comes to guitar pedals – no question about that. With the Boss DD3 vs DD7 comparison, one thing has transpired – old DD3 is still very good. Even with the more advanced DD7, some people still want the good old DD3. 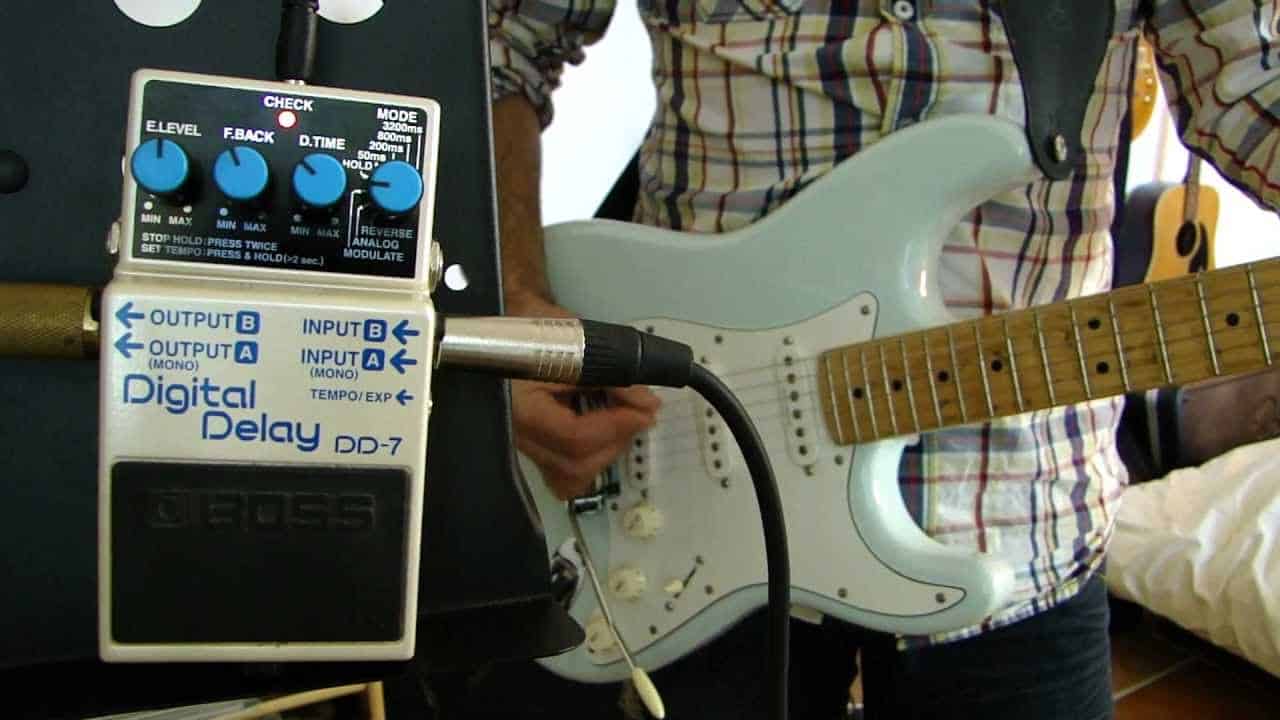 Actually, it boils down to preferences – what kind of sound and vibe you want to project. If you want a more modern vibe with more versatility, get the DD7. If you’ll enjoy warmer sounds with excellent quality, have the DD3. Yet, if you can’t decide which one, you can actually have both – DD3 as a great delay pedal and the DD7 as an excellent looper.