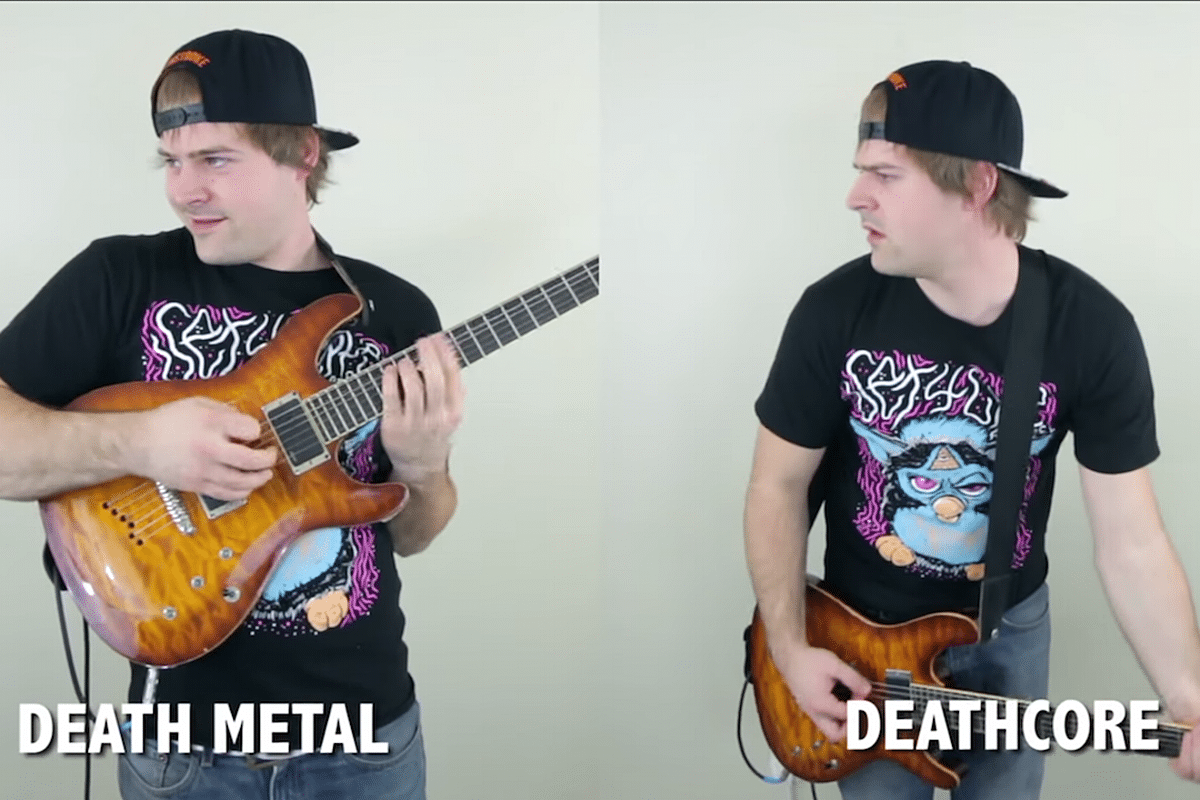 There seems to be too much to learn about the heavy metal genre. Unfortunately, for those who only listen to slow rock and ballad music, metal is just about loud sounds and screams. Yet, there’s more to this genre than headbanging, heavy guitar distortion, and screams.

This article will discuss specific subgenres – death metal vs deathcore. For you to be able to appreciate the difference between these two genres of music, it’s important to give you a bit of a backgrounder.

Death metal is an extreme subgenre of heavy metal. It’s characterized by heavy distortion and low-tuned guitars. This kind of sound is usually associated with aggressive growls and screams. Although from the outsider’s perspective, it seems like all loud music and screams, there are techniques needed to be employed in order to achieve death metal music. 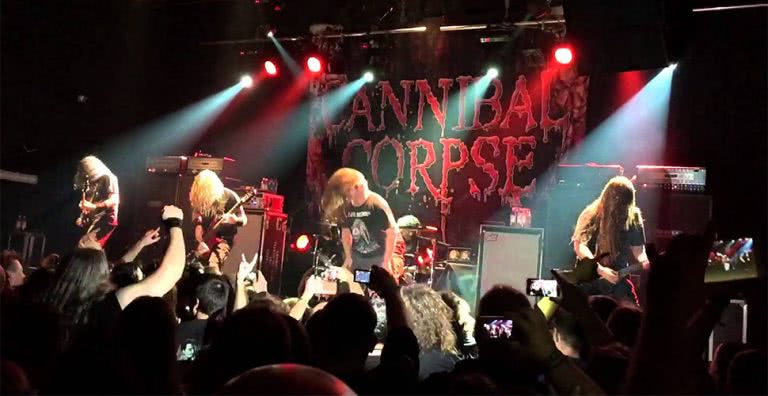 For guitar players, techniques like palm muting and tremolo picking need to be mastered in order to achieve muffled sound and high-speed picking, respectively. On the drums, the player must accompany the aggressive guitars and vocals with its double kick and blast beat techniques to deliver that sense of power in the music. Listen to how this kind of music sounds from known death metal bands like Cannibal Corpse and Six Feet Under.

What is metalcore? We’ll, metalcore is yet another genre of music formed from the combination of extreme metal and hardcore punk. This type of music has slow breakdowns to give way to solo demonstrations of instruments and turn into moshing (a dance style where people tend to slam into each other, but not to the point of punching). 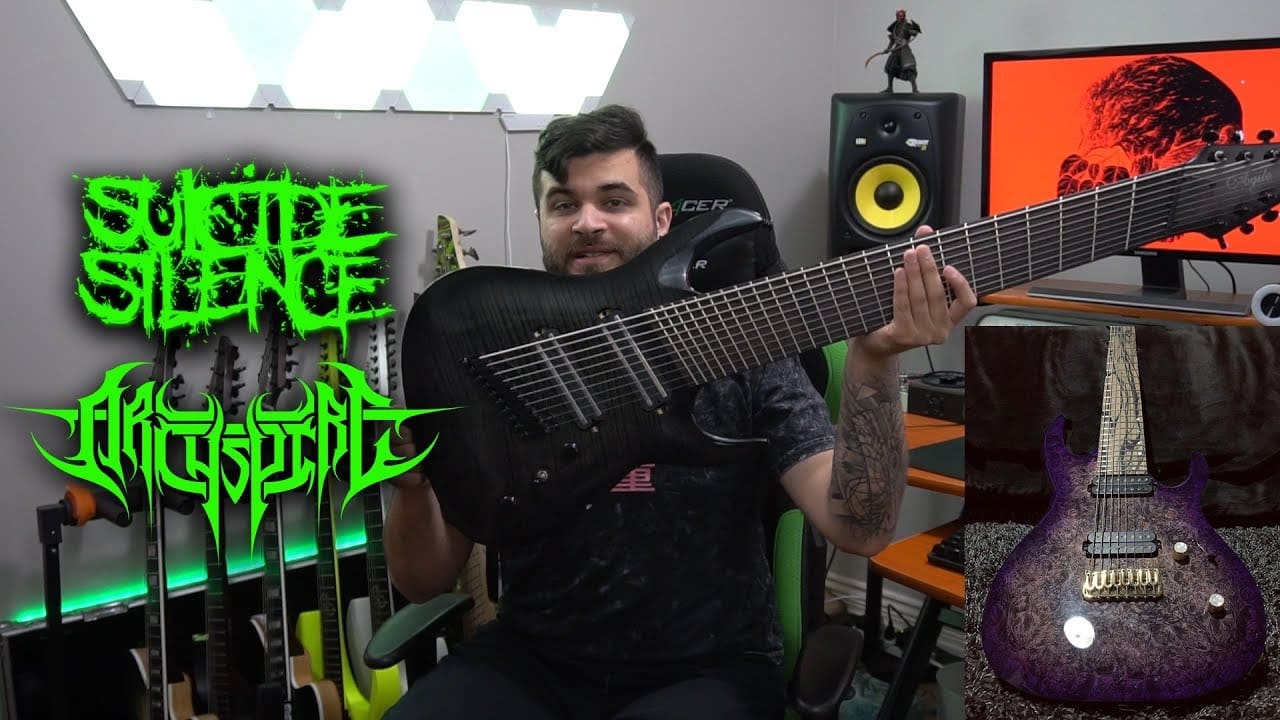 Since deathcore is a combination of these two styles of music, you can expect to get both blast beats and breakdowns. It’ll have fast drumming and low-tuned growls and screams from the death metal and melodic riffs from the metalcore. Popular bands who are into deathcore are Whitechapel, Born of Osiris, and Thy Art Is Murder.

From the overview above, it’s very clear that they are completely different. So, let’s delve into the aspects that make these two genres differ – setup, technique and style, and vocals.

For death metal, you can have two guitarists, a bass player, a drummer, and of course, a vocalist. Although this is the standard setup within the death metal genre, some bands incorporate electronic keyboards to make their music more interesting.

Deathcore bands, on the other hand, can have this particular setup. But, it’s also equally good if you only have one guitarist. With one player on the guitars, it creates more consistency in terms of the guitar styles and techniques.

Guitarists in both genres down-tune their guitars to achieve a heavier sound. Tremolo picking, too, is used in deathcore and death metal to get the impression of a sustained note with a “trembling” feel.

Palm-muting is another technique that is used in both music styles to achieve muffled sound. As the name suggests, you stop the ringing strings from vibrating using your palm. 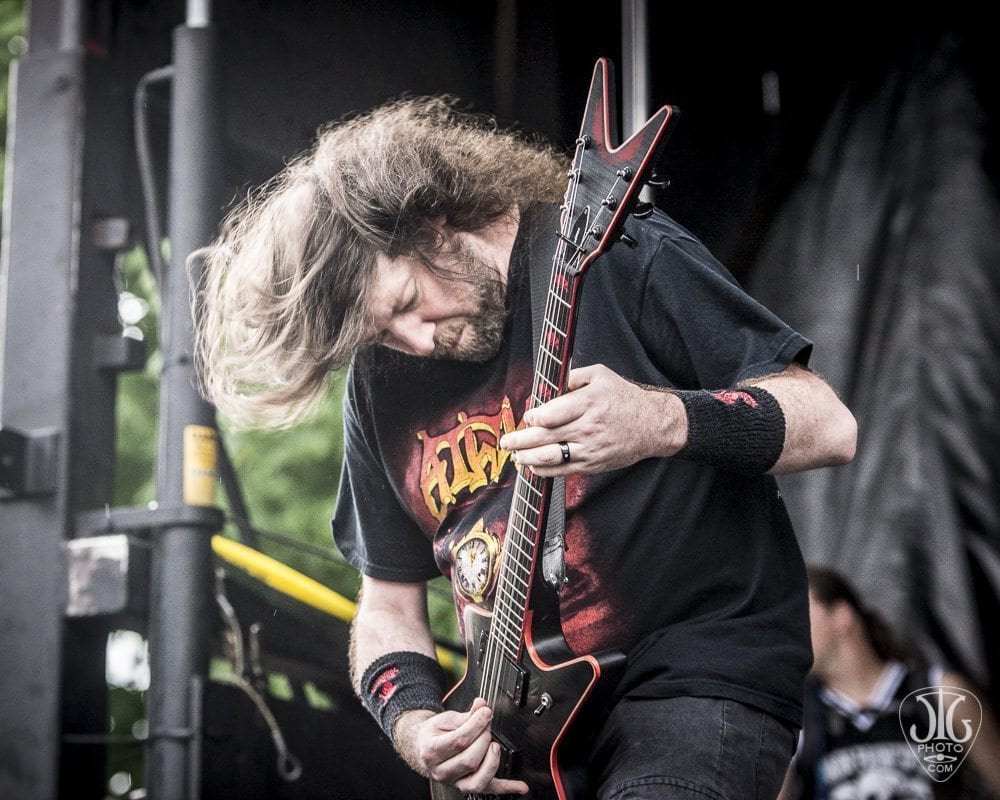 Drummers often use hyper double-bass blast beats to emphasize the aggressive nature of these genres. It’s played by having an alternating single-stroke roll between the bass drum and the snare drum. In addition, your hand also needs to hit ride/hi-hat in the same strokes as the bass drum. It’s not an easy technique. Therefore, give yourself some time to master it.

Death growling, the term used for death metal vocals, seems to be a form of an overtone screaming. There are several ways to achieve the “true” death metal growl including vocal fry screaming and false chord screaming. The lyrics of death metal usually include topics on religion (usually Satanism), occultism, violence, mysticism, philosophy, politics, and so on.

For deathcore, on the other hand, vocals are usually harsh, and you can still hear the death growl, shrieks, and screams. There are high-pitched shrieks deathcore vocalists used, called “pig squeals.” These are employed during the start or end of a breakdown.

Well, as per the techniques discussed in the previous sections, they employ complicated guitar tricks and drumming. Therefore, depending on your experience, it could take time to learn the styles and techniques in these genres.

However, in general, deathcore has a more modern feel that may involve new tricks like guitar stutters, really fast drumming, and more. Death metal seems to be more organic sounding. The most challenging part of deathcore is the breakdowns. Once you master the techniques of these two genres, it’ll be easy to jump from Death Metal to Deathcore and vice versa. Check out this YouTube video.

Which is More Popular?

In the late 1980s to the early 90s, death metal rose to fame and since then, it has spawned into different subgenres.

Deathcore, on the other hand, started in the early 2000s when some characteristics of the metal core are being incorporated into the death metal genre. Around the mid-2000s, deathcore became the most popular and was the most influential modern metal subgenre.

Both genres are still thriving in these recent years, with the rise of new bands and artists. Loyalists of these genres, especially with deathcore, keep on evolving and adapting new techniques to be able to capture the hearts of their fans. 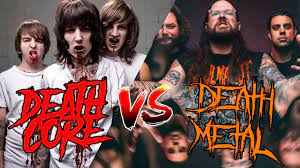 Deathcore bands that are active today include Suicide Silence, Whitechapel, and Thy Art is Murder, to name a few. For Death metal, you still have the popular Cannibal Corpse, Cryptic Shift, and Ulcerate, among others.

Even those who are fans of heavy metal music may find it hard to distinguish between death metal vs deathcore. They have a lot of similarities, yet, there are distinct characteristics of deathcore music that make it noticeable to the trained ears.

This article has basically touched everything – from the overview to the styles and techniques, as well as the vocals and lyrics. With the knowledge that you get from this comparison, you’ll surely be able to distinguish one from the other. This will help you decide which genre fits your music preferences and style.