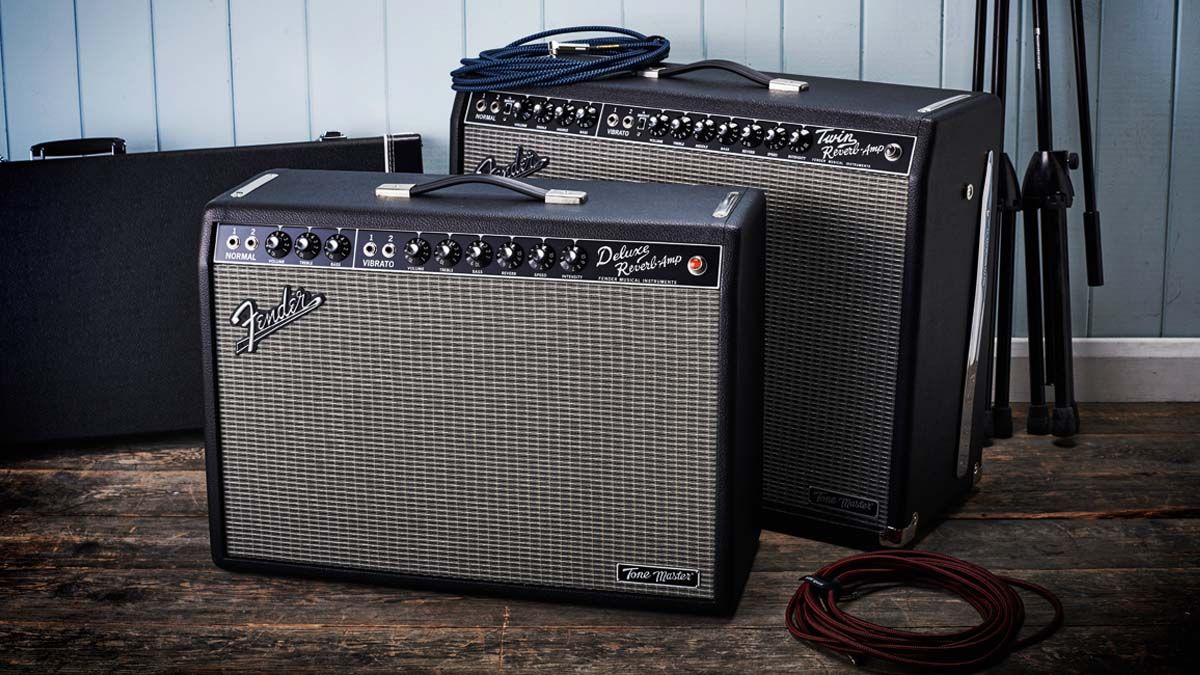 Dying to achieve the classic Fender tones? Let’s learn more about two of Fender’s tube combo amp – Deluxe Reverb vs Twin Reverb. When you hear the legendary sounds from the hit records in 1965, for sure, they were from either of these amps. So, without further ado, let’s get into the details of these guitar amps.

This is a 22-watt Tube Combo amp that bleeds pure Fender tone with its four 12AX7s, two 12AT7s, two 6V6s, and a 5AR4 rectifier tube. One 12-inch speaker is capable of giving a nice finishing touch to achieve a full and crystalline tone that was heard in various studios, stages, and streets worldwide. Be it country, blues, or rock, this moderately powered amp is hard to beat. 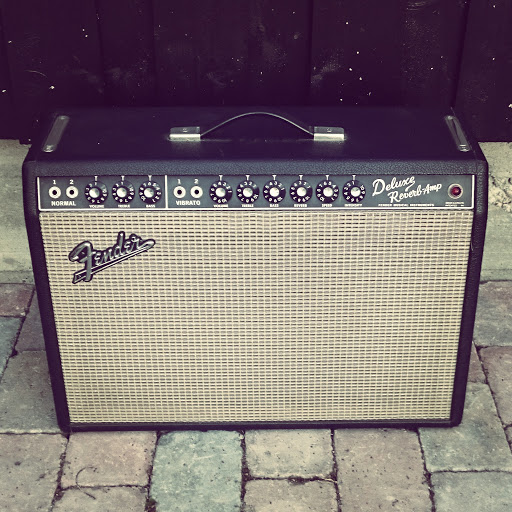 Even the reissue version of the amp is still one of the coolest amps to produce that well-sought after vintage mid-‘60s sound. It comes with reverb and vibrato that are both tube-driven. For classic Fender clean tones, check out the Deluxe Reverb.

It’s a perfect reissue of the true American classic to achieve the Fender clean tone for fusion, jazz, blues, and more. Since 1963 along with the endorsement of the tone purist Eric Johnson, Twin Reverb offers a lot of clean headroom – perfect for concerts and stage performances.

There’s not much difference between the design of these two great tube amps. When it comes to appearance, they look identical. Both cabs are made of birch plywood with black textured vinyl covering. They have silver grille cloth with a black front panel. The handle too, both amps have Molded Plastic Strap with Nickel-Plated caps.

Both amps have two channels – normal (tremolo) and vibrato.

In the Deluxe Reverb, you’ll get volume, treble, and bass in the normal channel. In the vibrato channel, you’ll get additional reverb, speed, and intensity knobs.

For the Twin Reverb, the normal channel have controls for volume and 3-band EQ (treble, middle, and bass) – a great channel for running pedals. In the vibrato channel, you’ll get additional controls for reverb, speed, and intensity.

Check the specifications table below for the comparison of the Deluxe Reverb and the Twin Reverb.

However, if you take a closer look, the Deluxe Reverb is kind of smaller and lighter than the Twin Reverb.

There’s no question that either of these two amps is great for recording at any venue. If you want to get an amp that can be used in your home studio, Deluxe Reverb could be a good choice. In addition, the Deluxe Reverb could also be your grab-and-go amp since it’s lighter and more compact. 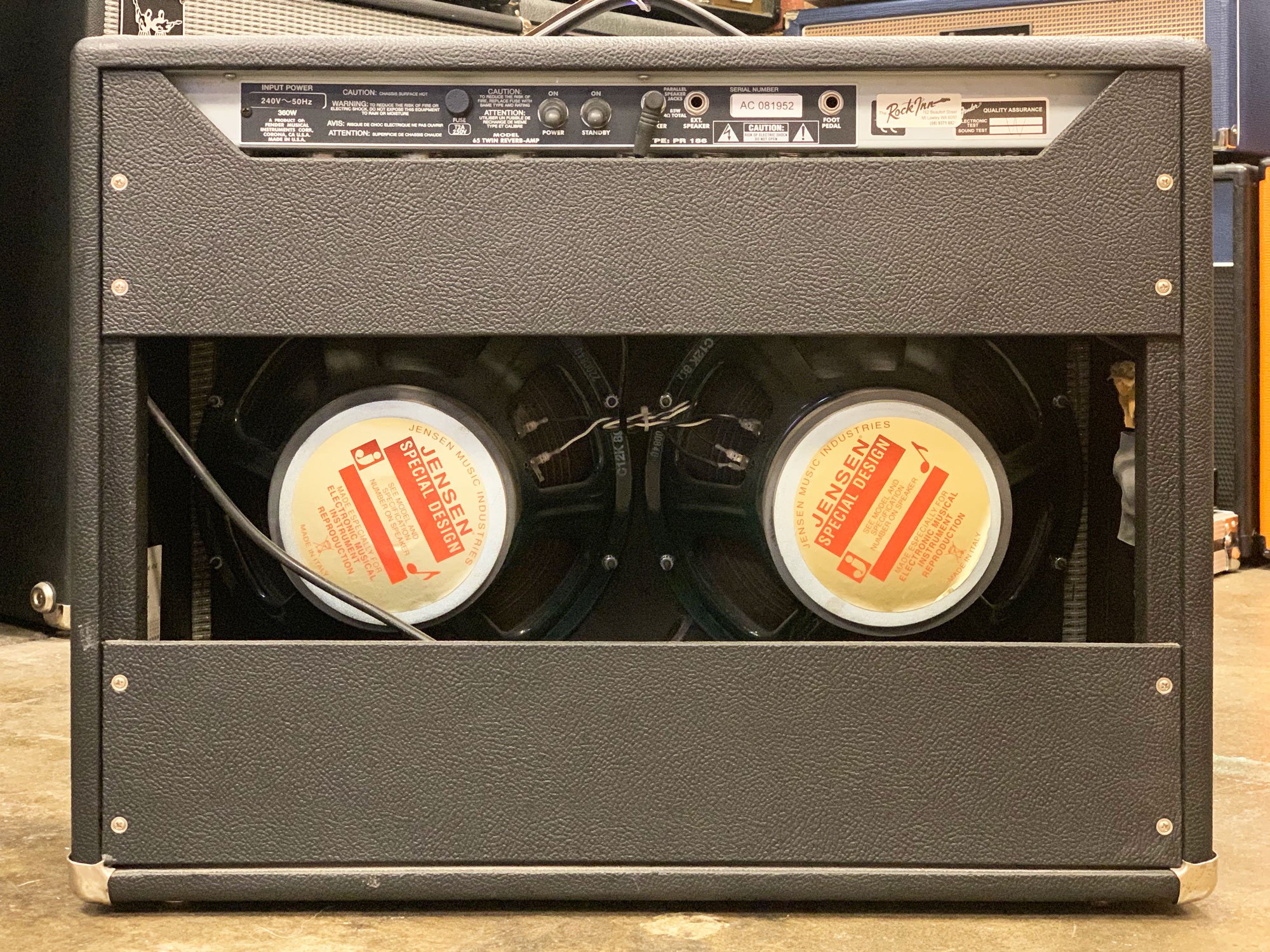 Deluxe Reverb has only one speaker, while the Twin Reverb has two. This means, the latter could be very loud unless you really prefer to get very loud on practice. These tube amps are also great for pedals, but Deluxe Reverb is the perfect pedal platform since it handles drives and delays so well.

If you want to record or to perform at gigs, it’s really a challenge to pick the best among the best. To get started, check out this YouTube video for a clear comparison between these two.

There has been a question across different forum sites about which is better to be used at home. While the Deluxe Reverb could be a good choice because it’s not as powerful as the Twin Reverb, you might still need to crank up the volume to 3.5.

Hence, technically none of the two can fit for home use. In the first place, you can’t just keep these wonderful amps at home. They are just too good to be kept to yourself.

Both tube amps are perfect for any style of music from jazz to rock and anything in between. Deluxe Reverb can easily be modified for better tone arrangement. Both Reverbs achieve clean sound, but Deluxe runs out of headroom and start to distort before Twin Reverb.

When you talk about loud, Twin Reverb is way too loud. The Deluxe offers the kind of sweet bluesy overdrive when you slowly increase the volume. However, Twin is the choice of many guitarists because it perfectly recreates the vibe of the legendary Fender tone.

You can’t expect Fender amps to be cheap – cool stuff isn’t cheap, they say. However, between the two, the Twin Reverb is more expensive. This is a given since it has more features and more power. Depending on your preferences, you can still get wonderful perks from the less expensive Deluxe Reverb.

All cards have been laid. Now, it’s up to you to choose between Deluxe Reverb vs Twin Reverb. With proper settings in the tremolo and vibrato channels, you can achieve classic Fender tones of the greatest hits. 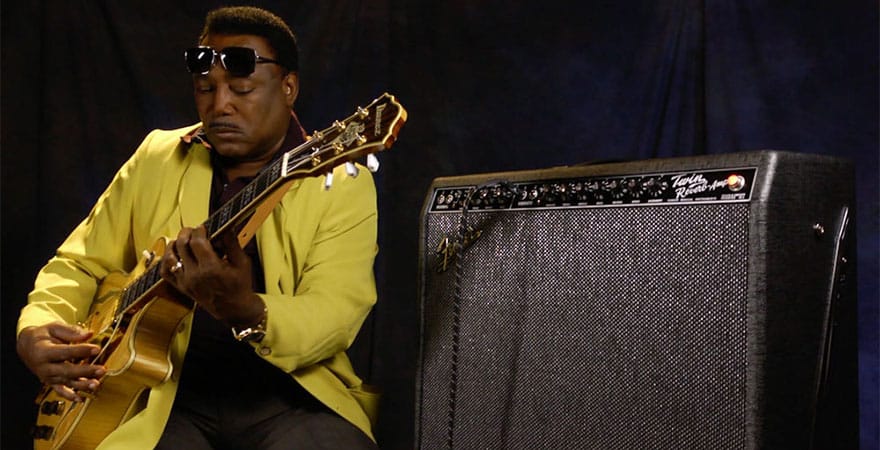 Depending on your preferences, you can choose either of these great Fender amps. Whether it’s for recording in studio or on stage, these Reverbs can bring your performance to a whole new level. They may be expensive, but they’re worth it.