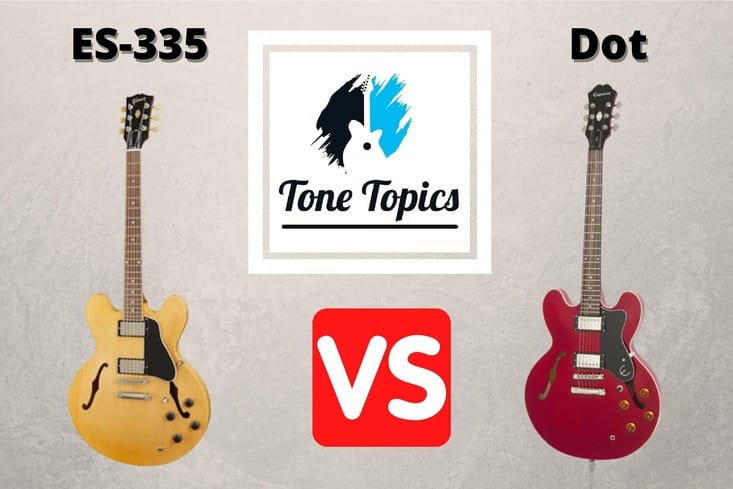 Almost every guitarist in the world loves the classic Gibson ES-355 and wants to own one. Yet, not all can afford this electric guitar. If you really want to achieve the classic sound of this popular electric guitar, you may have to choose between Epiphone ES-335 Pro vs Dot.

Epiphone, an American musical instrument brand, used to be Gibson’s competitor in the archtop guitar department. However, Gibson bought it in 1957 and is still a brand for the budget models of Gibson-branded guitars, and of course, its very own Epiphone-exclusive products.

Now Epiphone is known to offer affordable guitar models for beginners. Yet, you can also see pro players who use Epiphone guitars on stage. Joe Pass, one of the greatest jazz guitarists in history who played Epiphone guitars. Since Pass has become a favorite of many artists, Epiphone created the Joe Pass Emperor, which is named after the player.

Pass is just one of the many guitarists who have relied on Epiphone for their instrument. You can check Matt Heafy, Bjorn Gelotte, and Tommy Thayer, among others.

Before comparing the Epiphone ES-335 Pro vs Dot, let’s get to know a bit about the original Gibson ES-335. It’s the world’s first commercial semi-hollow-body guitar released by Gibson in 1958. It features double-cutaway – the side “wings” – are hollow and it has two violin-style f-holes at the top.

There are so many renowned artists and guitar players who loved playing the ES-335, including Eric Clapton, Chuck Berry, Bob Weir, Elliott Smith, and many more.

Now we can talk about the Epiphone ES-335 Pro vs Dot.

One differentiating factor of the ES-335 Pro (and the ES-339) from the rest of the variants is the coil-tap humbuckers. It has an ES-style body that features the Alnico Classic Pro humbucker pickups. You can see a Tune-o-Matic bridge and stopbar tailpiece for better sustain. When you play this particular Epiphone variant, you will bring back the archtop days.

The Dot ES-335 delivers unmatched performance with a more affordable price tag. It’s crafted with a maple top, back and sides. You can still enjoy that classic semi-hollow body design that produces that rich and full sound, thanks to its humbuckers. It features a lightning-fast rosewood fretboard, LockTone Tune-o-Matic bridge, and stopbar tailpiece for better sustain and much more.

Though these two guitar versions simply take their model from the Gibson ES-335, their difference is worth noting. See the table below to get a clear picture of their differences.

Aesthetics-wise, they also differ in the fretboard inlays. The ES-335 Pro has block fret inlays like some Gibson originals, while the DOT has dot inlays (thus, the name). 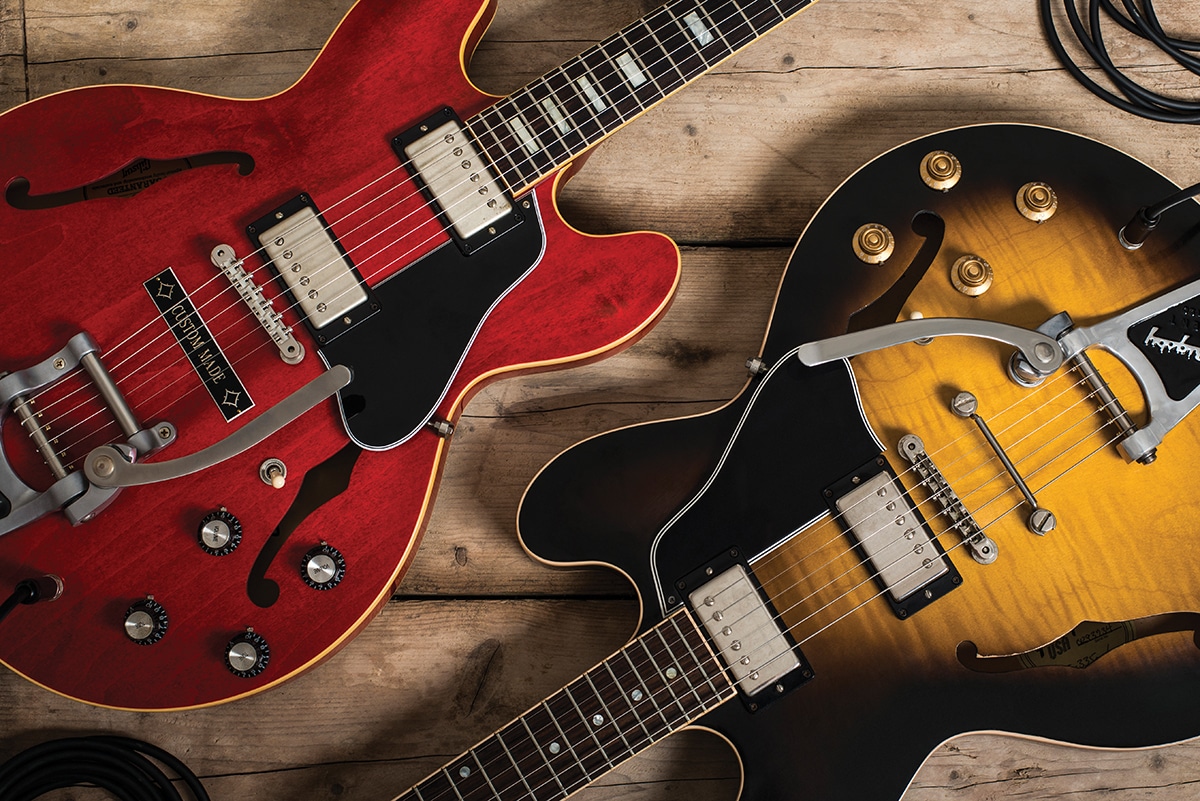 Based on their specifications, do you have a bet already? To seal the deal, let’s continue the comparison in terms of playability, sound, and price.

Pickups of the ES-335 Pro are much better than those in the DOT’s. The Alnico Classic Pro humbuckers provide better quality and clarity compared to the Alnico Classic/Plus of the DOT. ES-335 Pro also offers more versatility in terms of tonality – an excellent choice if you play across different genres.

In addition, the neck profile of the ES-335 Pro is a bit rounded, making it feels different from the latter – which makes the ES-335 Pro nice to play, as well. Yet, in terms of tuners, the DOT has better-quality ones.

One advantage of the ES-335 Pro is the coil-splitting humbuckers which allow you to get tremendous tones. Though the DOT sounds good and nice to play, most people, especially those who are still exploring and expanding their potential, opt for the ES-335. 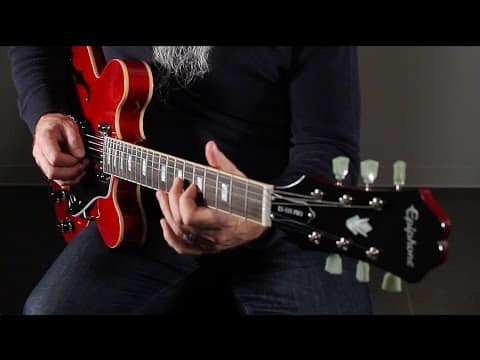 To give you a more tangible comparison in terms of the sound department, let’s focus more on the pickups they have. The Alnico Classic/Plus of the older DOT has decent sound, but it’s capable of giving emphasis to the midrange. On the other hand, the Alnico Classic Pro offers a crisper sound with low input. It’s among the best humbuckers in the market.

ES-335 Pro, with more upgraded pickups, is more expensive than the DOT. There’s a difference of around $100, but your choice between these guitars shouldn’t be solely based on which is cheaper between them. Epiphone ES-335 Pro vs DOT – which of the two offers more value for your money?

Want to get reproduce the classic sound recordings of the great Gibon ES-335? If you are on a budget, you have cheaper options – Epiphone ES-335 Pro or DOT. Yet, it’s not easy to compare these two great guitars. Moreover, it’s even more difficult since you are comparing two variations of one of the most sought-after guitars. However, between Epiphone ES-335 Pro vs DOT, you should choose the one that serves your purpose well.

Consider not the price alone when choosing between these two. The monetary value of these guitars is just a factor; you have to think of the value for the investment that you’re planning to make. You can get one over the other, or both – the choice is yours.