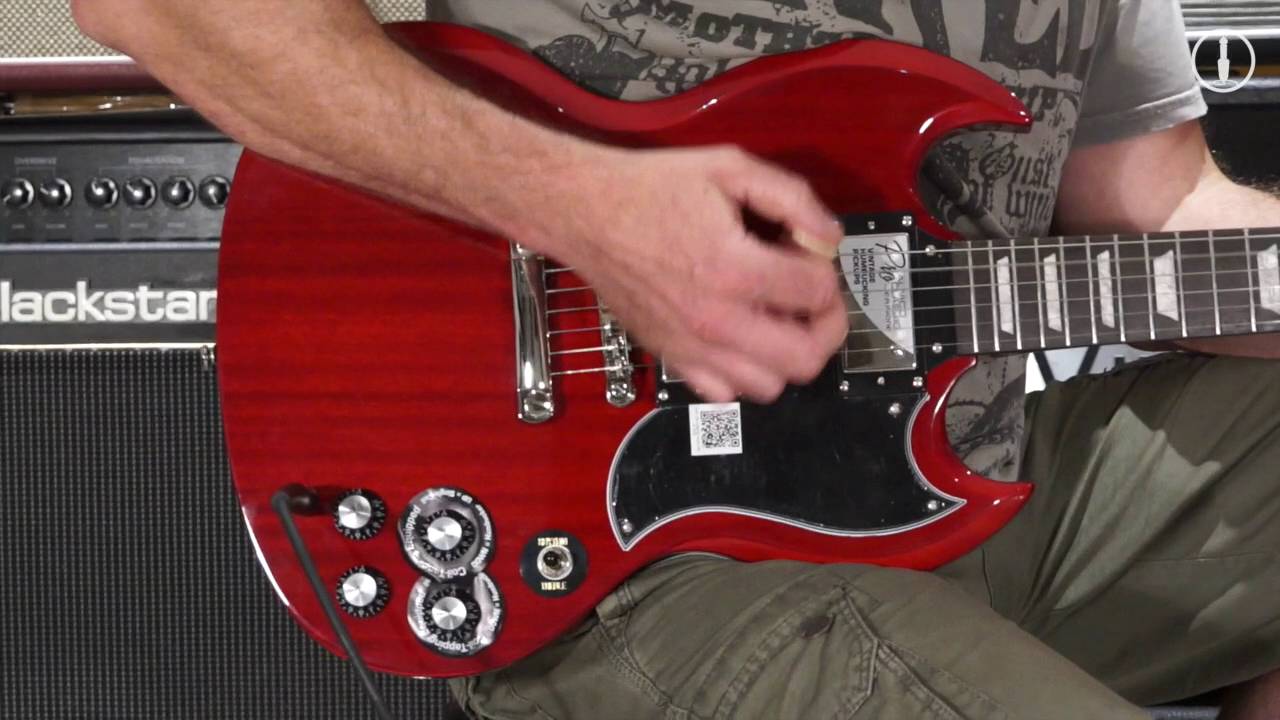 There’s just too much to be discussed about Gibson and Epiphone when it comes to their wide range of guitar collections. This article will focus more on the solid body Epiphone guitars – Epiphone G400 vs G400 Pro. At first glance, it’s easy to deduce that the latter is just an upgrade of the former. Yet, this ‘upgrade’ could mean a lot of things, which deserve to be tackled in a separate review of these Epiphone guitars.

Indeed, the G400 Pro is a younger and more enhanced version of the G400. However, it’s good to discover the genealogy of these guitars to be able to understand their difference (if there are really some).

Sometimes referred to as G-400, the Epiphone G400 is a much more affordable version of the Gibson SG and the Epiphone SG. Just like Les Paul and other guitar collections, the G400 has a story of its own. 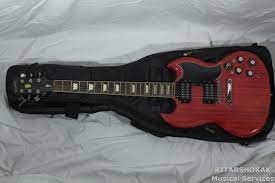 G400 was introduced more than 30 years ago, in 1989, after the production of the Epiphone guitars was moved to South Korea. The Epiphone G400 is made of Philippine/Indonesian mahogany (called locally in Asia as Luan, Lauan, or Meranti, which doesn’t actually belong to the Mahogany species).

In the beginning, it’s equipped with two open-coil humbuckers, green key tuners, a differently shaped truss rod cover, and dot fretboard inlays, among others. During the first year of the G400 it came with a “narrow-open Book” headstock, but just a year after, it was changed to a modern “clipped-ear” headstock.

In 1996, several features were modified including the silver inserts of the black “top hat” knobs, headstock inlay, trapezoidal inlays, and more. In 2002, Epiphone began to use Grover tuners on the G-400, and in 2009, these guitars already feature SlimTaper neck. Three years after, in 2012, the Epiphone G400 Pro came to life with Alnico Classic PRO™ 4-wire humbuckers. Thus, the G400 Pro is one of the younger siblings of the G400. 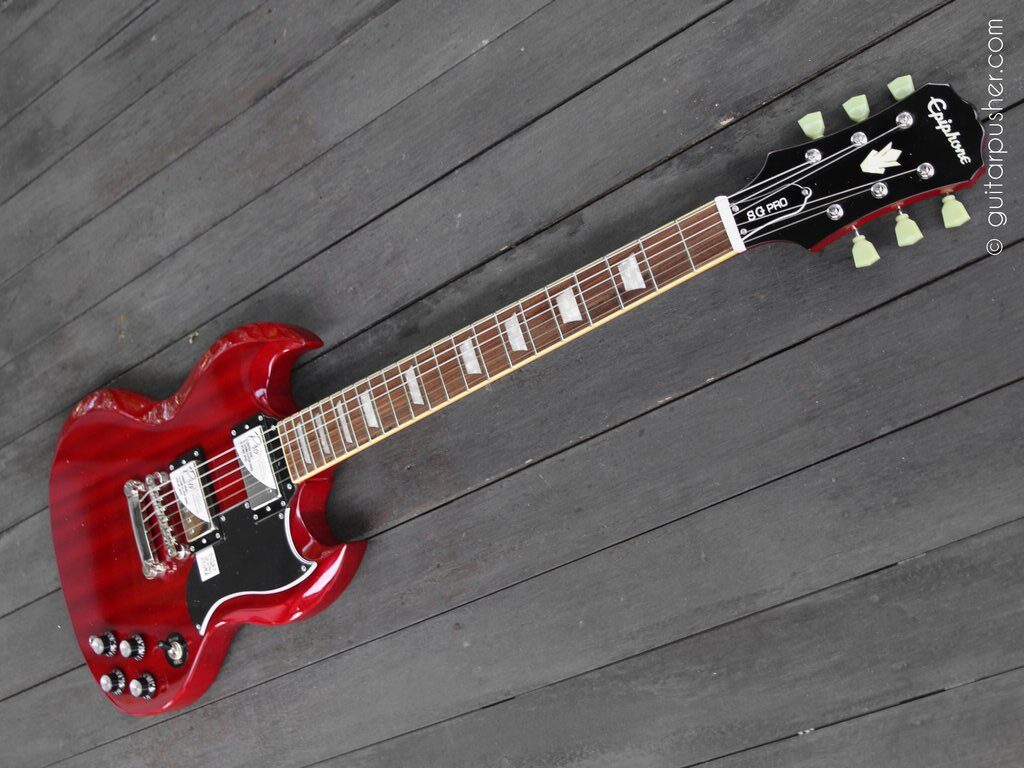 Specs Comparison: Are There Differences?

It’s exciting to compare sibling guitars because you need to be very keen on their differences. It’s expected that they’ll have only a slight, so let’s compare the specifications first.

SGs are known to have a very functional design with a deep double-cutaway body. This means the upper frets are easily accessible without having to put so much effort with your fretting finger. You can expect and get them all from the Epiphone G400. In addition, separate volume and tone controls for each humbucker allow you to have complete control over your tonal output. 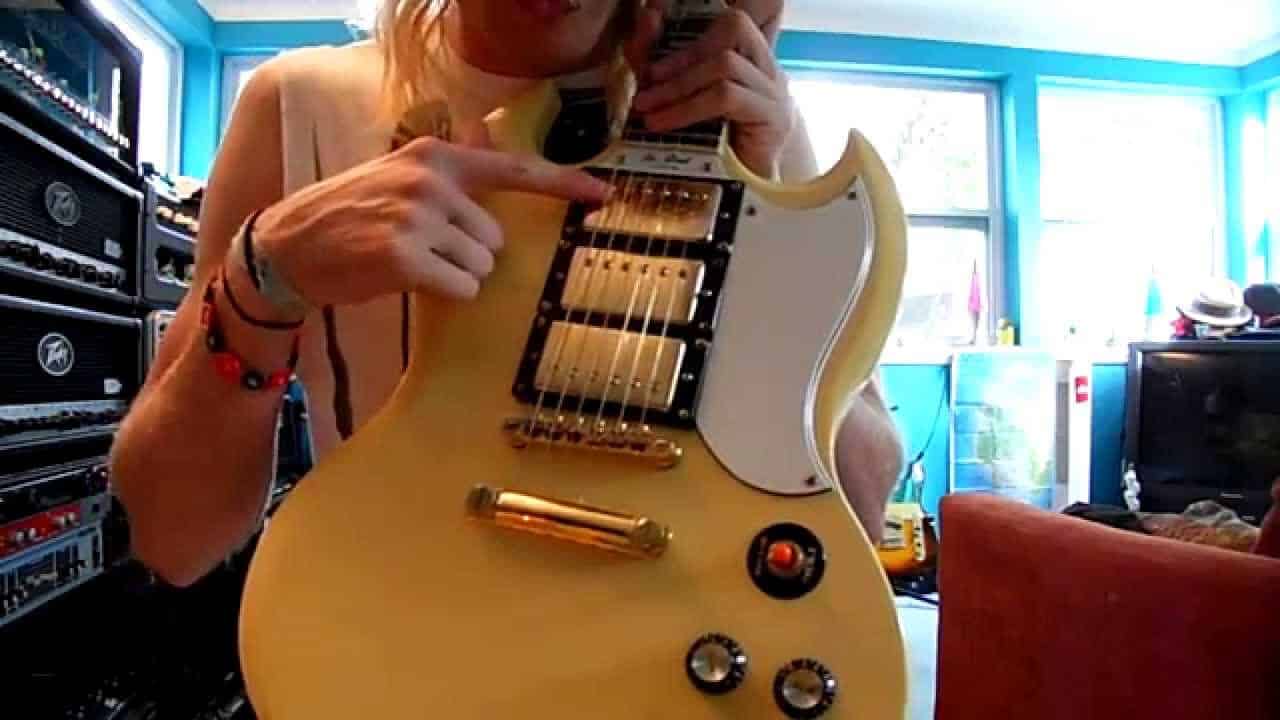 The latest Epiphone G400 Pro also provides utmost comfort to some serious rock ‘n’ roll players. Though it’s a solid body, it’s much lighter, which allows you to play longer hours without a problem. The SlimTaper mahogany neck supports fast playing. Frank Zappa has played one, and you know how experimental he was when he held a guitar.

Solid-body guitars are known for their great sustain, both the G400 and G400 Pro deliver this promise even at a very inexpensive price tag.

G400 has the Alnico Classic PRO pickups which are known to serve you well in genres like rock, hard rock, and metal. Can accommodate distortion with aggressive lows and screaming highs. You can find the clean tones of G400 to be pretty decent, but the coil-tapping functionality of the G400 Pro renders more versatility. Here’s a quick demo of how the G400 Pro actually sounds.

G400 Pro is packed with PRO 4-wire humbuckers that are capable of delivering thunderous power chords. Whether you’re playing rhythm or solo, G400 Pro helps you achieve that warm, punchy, and complex mids.

It’s expected that the Epiphone G400 Pro is a little more expensive than its older sibling. However, the difference isn’t that huge – only a few tens of dollars. Unfortunately, the G400 model was discontinued, so you can only buy the G400 Pro. Yet, if you’re really eyeing a G400, you can still find some refurbished or used G400 from eBay, for example.

Gibson SG guitars are among the highly sought-after solid body guitars because of their amazing tonal characteristics. However, if you are on a budget and are not willing to spend several hundred dollars, decide between Epiphone G400 vs G400 Pro. These are Epiphone’s affordable version of the SG.

Still made of Mahogany body, these guitars shared a lot of features than they are different. As solid body guitars, the Epiphone G400 and the G400 have better sustain and a sound quality closer to the original Gibson SG. 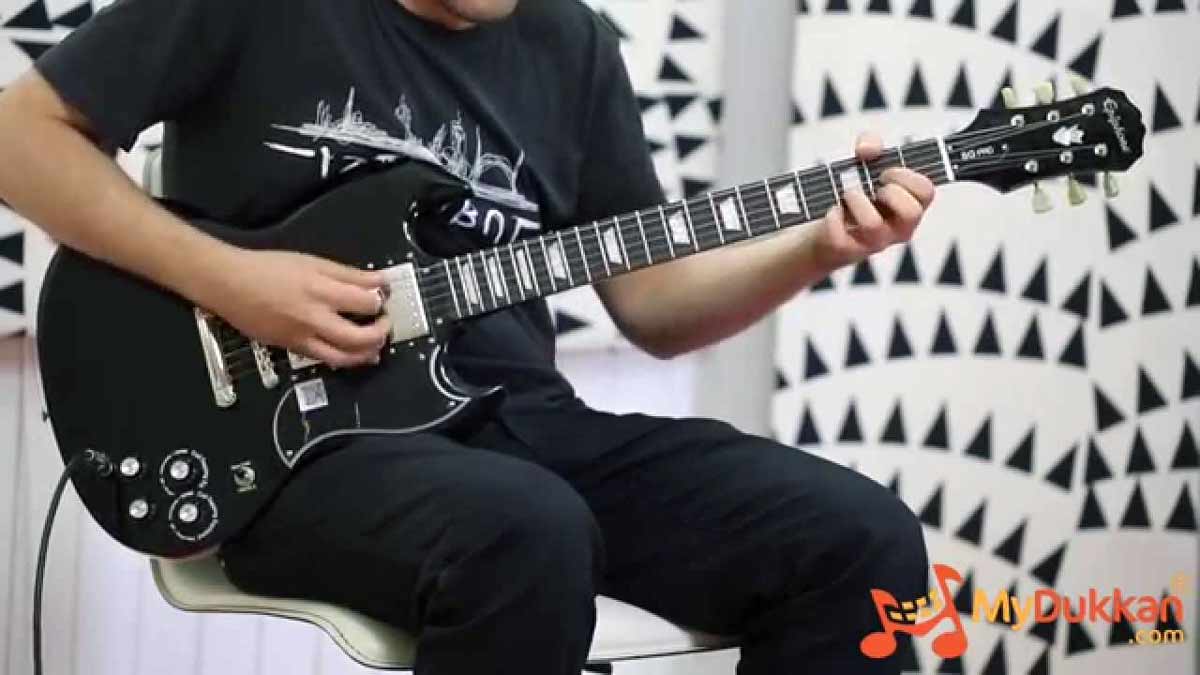 In terms of playability and the price, they’re a draw. Though they differ a little in price, G400 being much cheaper than the Pro version, both of them have the best value for your money. In the sound department, the more advanced humbuckers of the G400 Pro account for the more enhanced tonality of the said model.

As mentioned, since the G400 is already discounted and since the G400 Pro is a decent SG, you can get the latter as a more affordable Gibson SG. Enjoy the classics – from the action, fretboard, and sound – without breaking the bank.