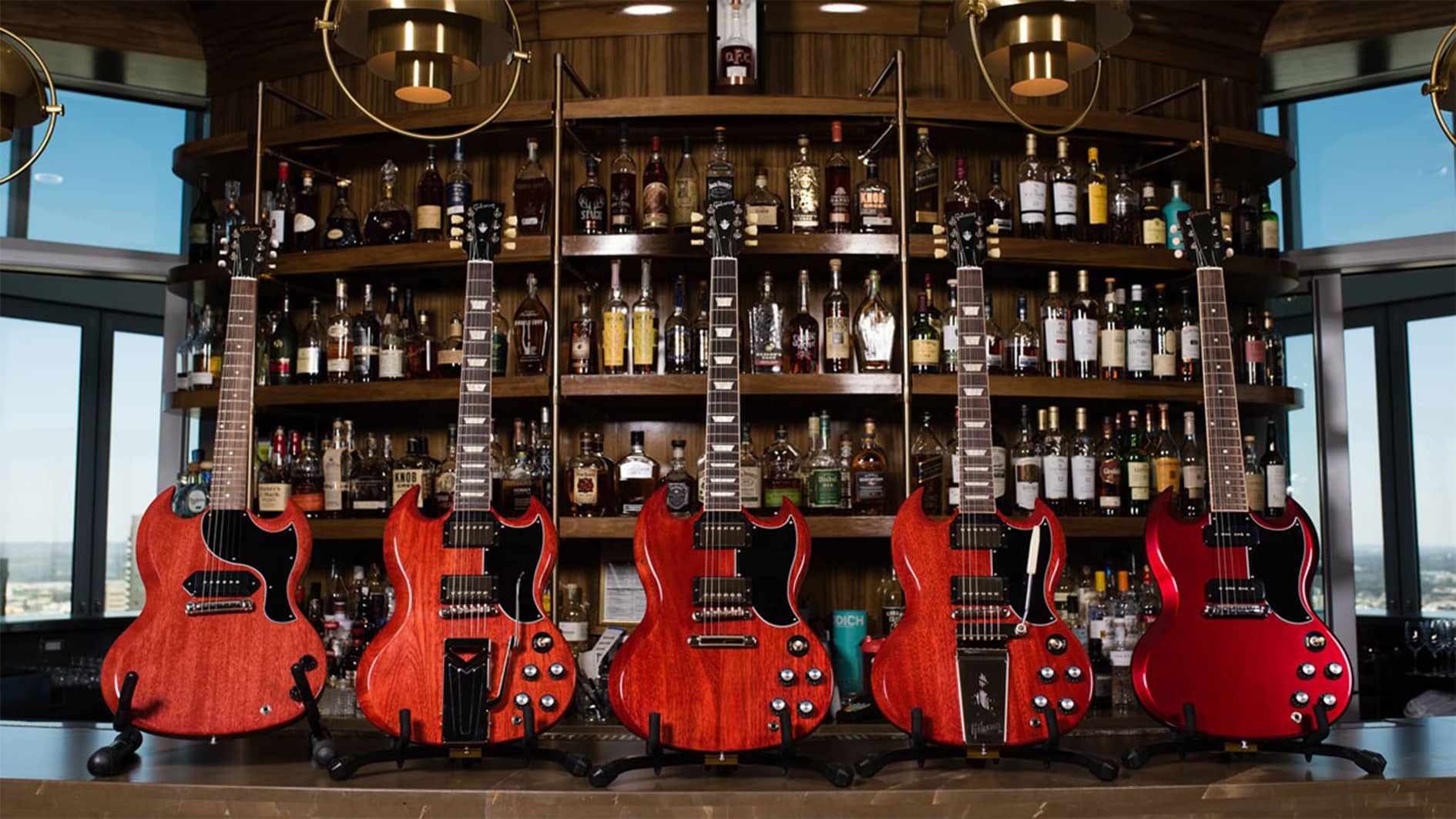 A great percentage of guitar players want to own or even just have a hold of a Gibson Les Paul. However, not all can afford or will to chill out a big sum of money for a guitar. Hence, the Gibson SG was introduced to give a more affordable alternative to Les Paul, but still quite expensive. So, this article will discuss Gibson SG Special vs Standard – what their differences and similarities are and which to choose between the two.

Let’s quickly revisit the history of the Les Paul and the Gibson SG. Gibson revamped the famous Les Paul 1958-’60 to Les Paul/SG (Solid Guitar) in the year 1961. Later, the new and improved Les Paul guitars were simply referred to as SG – available in Standard and Special versions. They shared tons of features in common, making it kind of confusing to choose one over the other.

Its irresistible classic looks make you want to pick it up and play. Gibson SG Special has a SlimTaper neck and bound rosewood fretboard to make playing fast and effortless. This guitar is lightweight and with the contoured mahogany body, you can play all day/all night without a problem. Producing sounds you heard from famous classic rock recordings, surely SG Special is worth checking out.

Dubbed as the rock icon, Gibson SG Standard is a very interesting rock machine. It wears a luxurious nitrocellulose lacquer finish which not only gives it the perfect looks but improved tonality, as well. It’s very comfortable to play, has a fast-action neck, and the Plek’d rosewood fretboard for effortless playing. Get a piece of history by having your very own SG Standard.

They shared a lot of similarities, but definitely, these two have unique traits and capabilities. Both guitars feature a slightly offset twin-horned double-cutaway that gives easy access to the upper frets. They have a solid mahogany body designed to be thinner than other Gibson guitars to provide extra snap while retaining that richness and woody resonance you love. 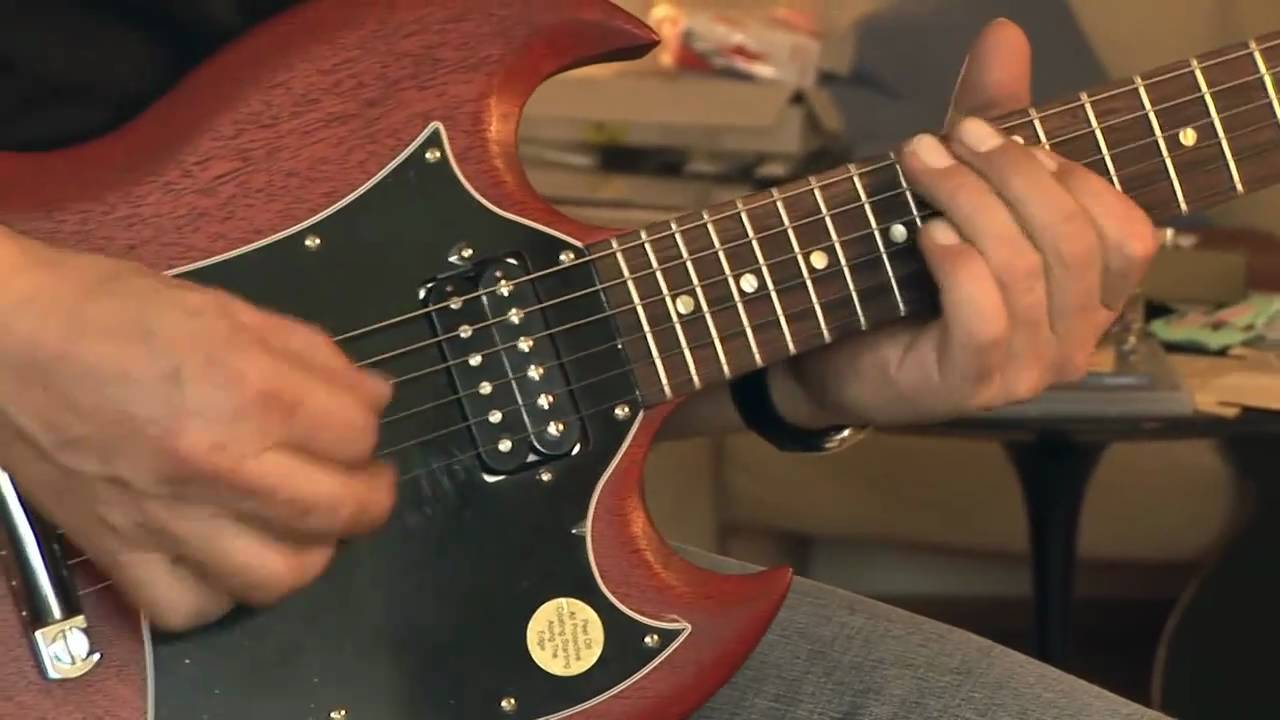 One feature that helps you distinguish one from the other at first glance is the pickups. The humbuckers in the SG Standard have chrome covers, while the pickups in SG Special remain uncovered. With the uncovered hardware in the SG Special, it simply complements the unadorned headstock and the dot inlays of its rosewood fretboard. SG Standard, on the other hand, has acrylic Trapezoid fretboard inlays with a mother-of-pearl Gibson logo and holly inlay in the headstock.

Here’s a table comparing the specifications of the Special and Standard. This will help you decide which one you need to save your hard-earned money for.

It’s kind of hard to compare two of the best guitars in history. And, the fact that they are Gibson makes the comparison tougher. Gibson guitars are among the best, so this will be a neck-to-neck challenge. An overview of how great these guitars are in terms of playability was already mentioned earlier.

Surfing up and down the fretboard is effortless for the Gibson SGs. It’s a given as these electric guitars are revamped of Gibson Les Paul – among the well-sought-after guitars in history. The neck of these guitars just feels good that urges you to play every day. The double-cutaway helps the player access the upper frets without any problem, given also that they have both medium jumbo frets. 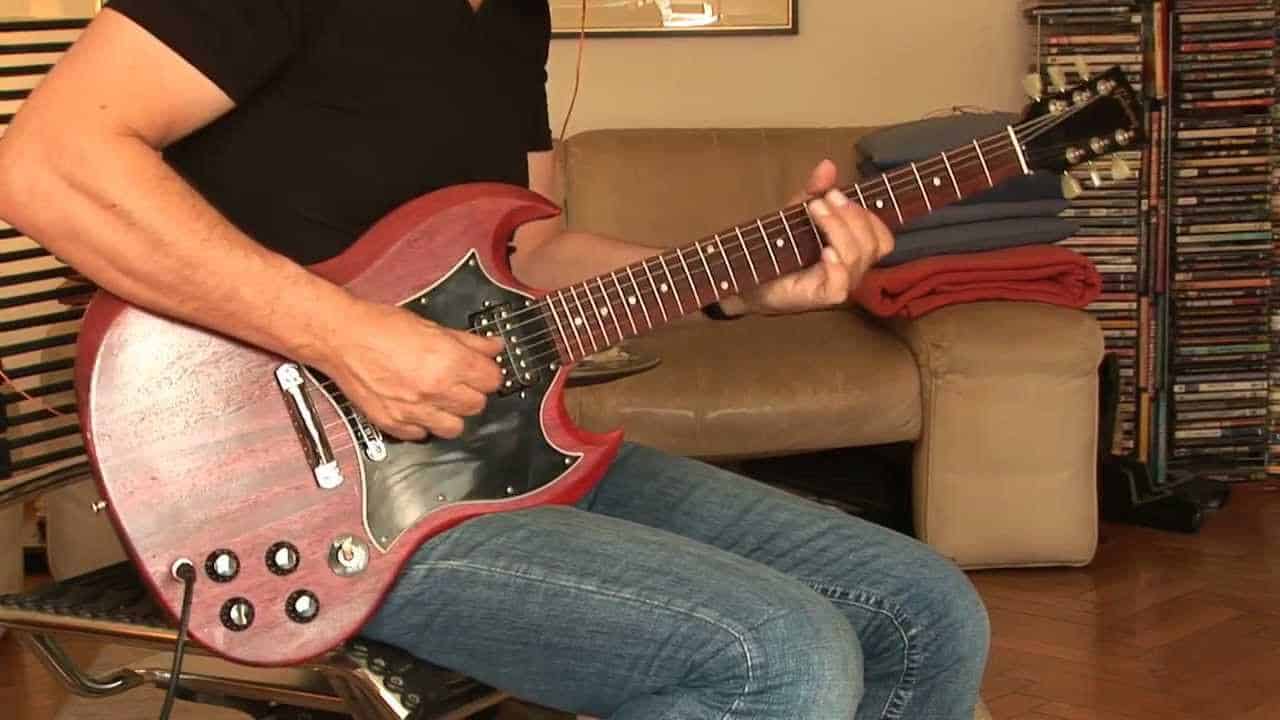 For the SG Special, the P-90 pickups are characterized by fat overdrive and smooth cleans. It has a three-way switch, two tone and volume controls, and orange drop capacitors. On the other side, SG Standard has 490R/T humbuckers which provide sweet midrange and excellent overdrive.

For rock and roll diehards, there’s no guitar that does that excellently than the SG Standard. You can get pure rock from the bridge pickup, while neat bluesy stuff from the neck pickup. Get ready to sound like Robby Krieger, the famous guitarist from the rock band the Doors. 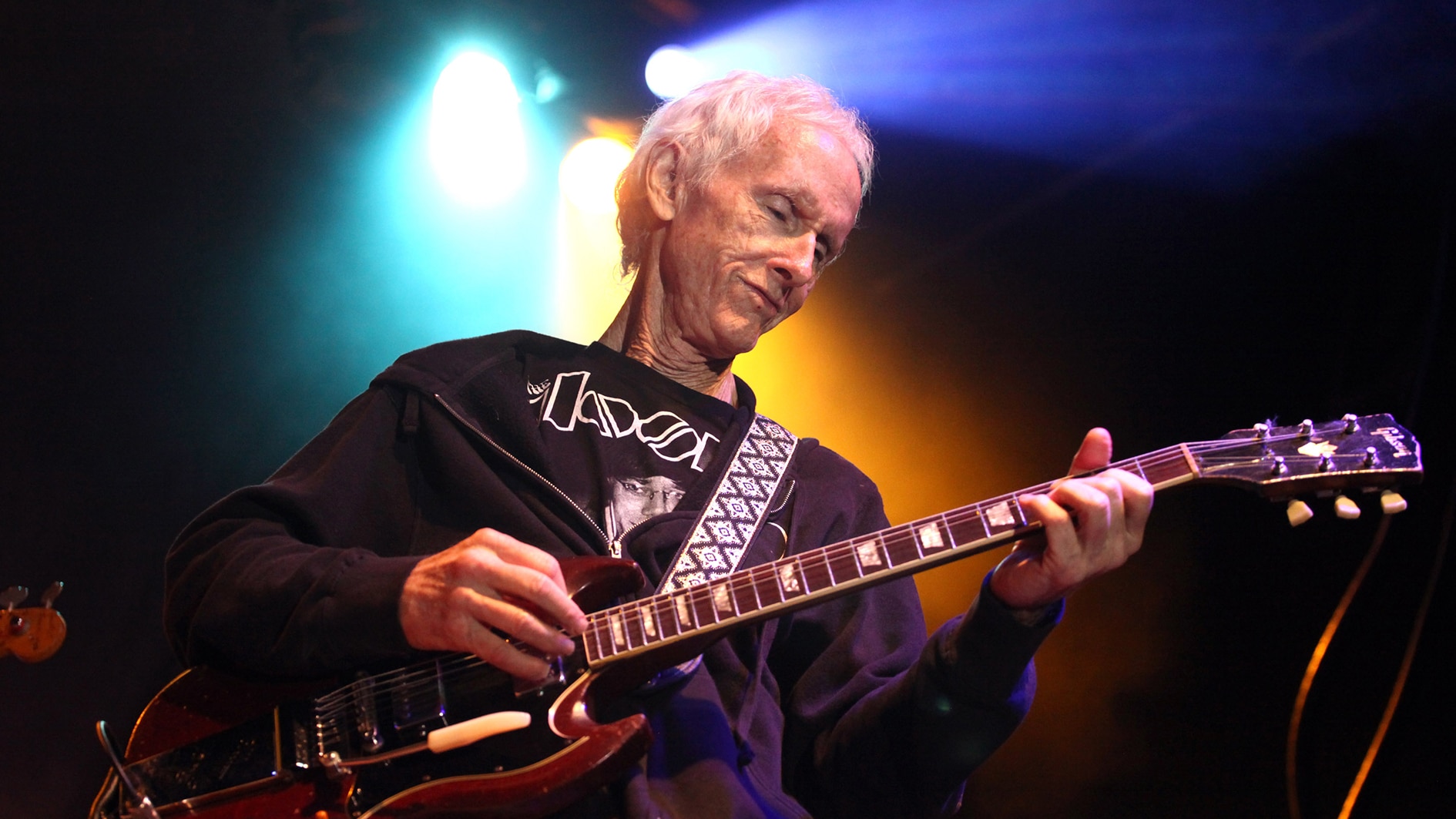 On the other hand, the SG Special features the first successful single-coil pickup from Gibson, so its sound is very familiar. It can be brighter and leaner but cleans up nicely as you turn your volume done. You can appreciate how awesome the SG Special from classic Beatles tunes.

In addition, here’s a very straightforward sound comparison between the two SGs.

This comparison is between the SG Special – Faded Pelham Blue and the SG Standard – Heritage Cherry. According to Gibson’s website, they both have the same price. So, now, it’s really up to you to choose which one fits your music preferences and, of course, style.

Even though they don’t have much price difference, the Gibson SG Standard is still more valuable than the SG Special. This is because the extra cosmetics cost more, yet add to the elegance of the guitar. The SG Standard is more versatile, although SG Special has ‘special’ characteristics, too. 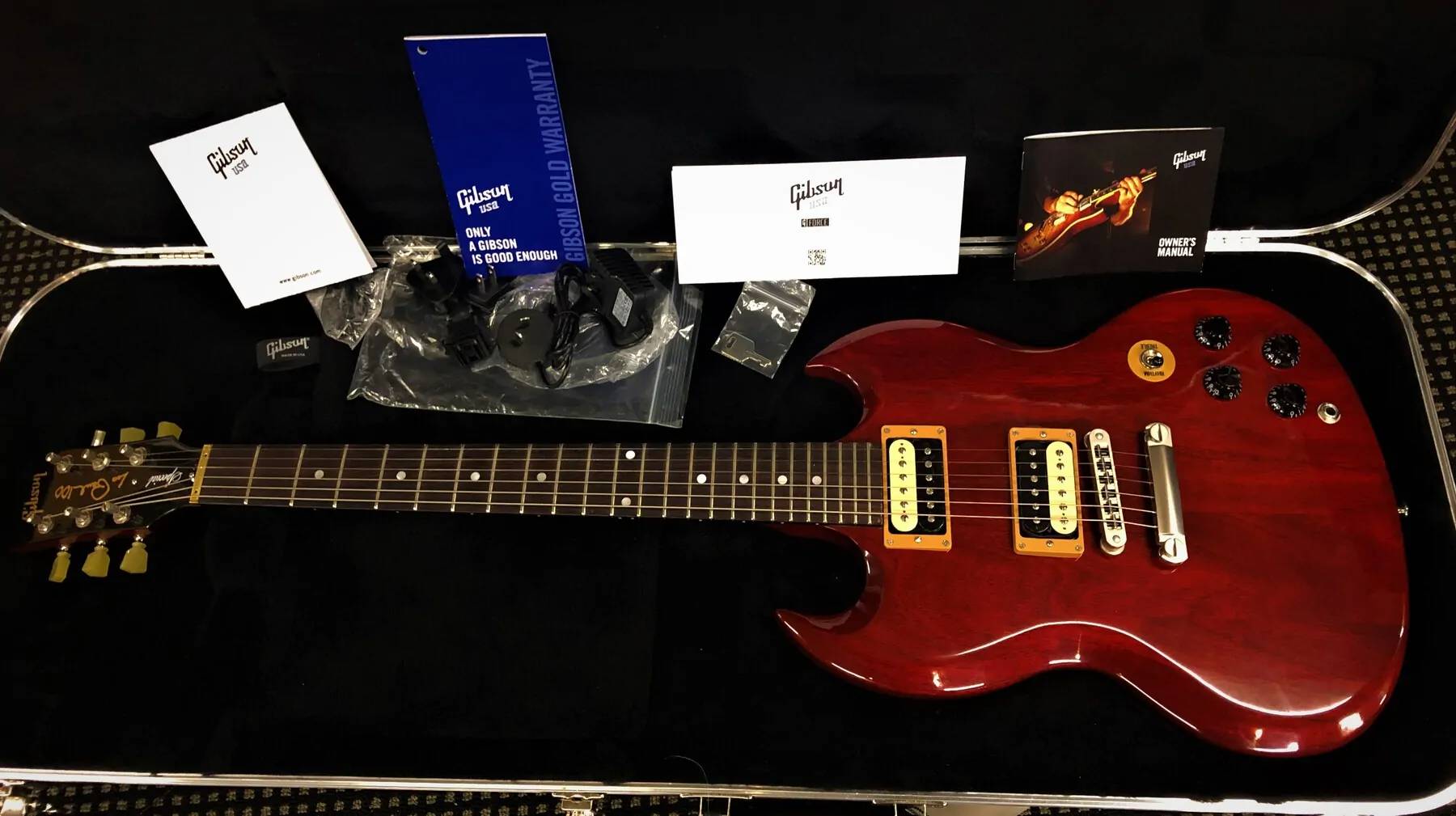 The SG Special vs Standard comparison is a draw. They are unique on their own – well-made and have great pickups – to help you achieve unparalleled performance. So, if you are really serious about pushing yourself to the next level, get either of these Gibson SGs.