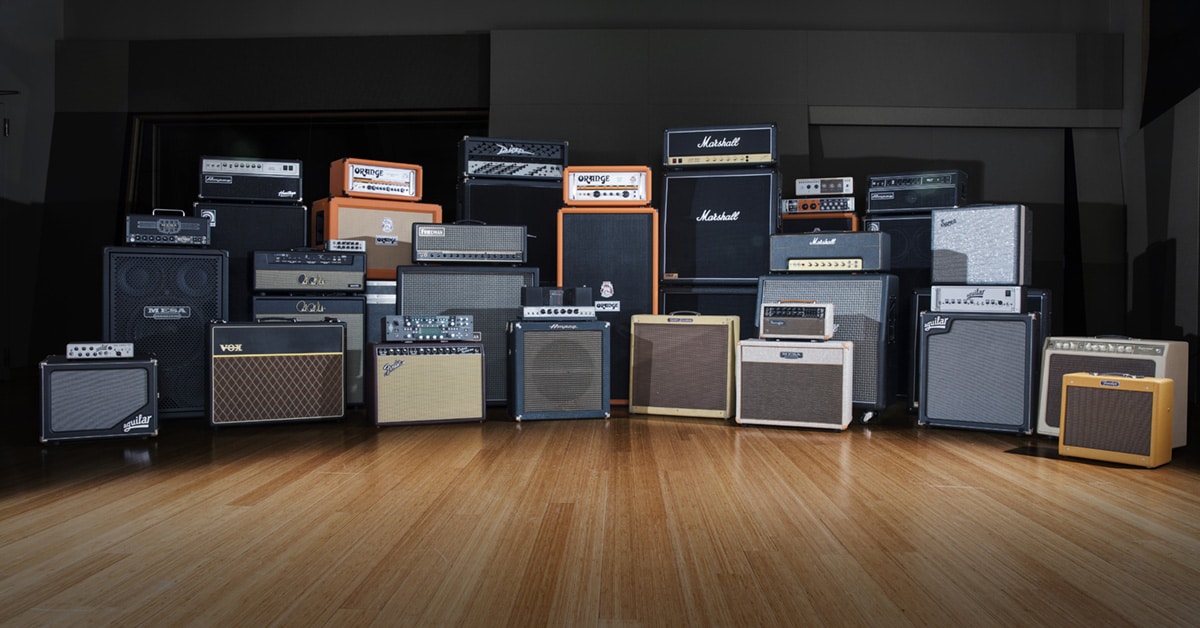 The guitar amps don’t have that much of a simple explanation that one could expect. But, it is not too complicated either, especially, if you have a passion for music and guitars, particularly. When we think of the guitar amps then they are quite difficult to imagine without having an amplifier along.

The amp is nothing but an electronic piece of equipment for strengthening the guitar signals coming through it. This is something that you use to make others listen to what you play. It is a thing for the concerts and also for practicing and jamming sessions.

The guitar amps are of different types which could be tube amps, solid-state, and hybrid ones. Here, we will keep the discussion simple discussing the major working of the amps and not getting into the specific details of the amps, based on their particular type. Any best beginner guitar amp under $200 at the most basic level has got three major sections as mentioned below:

The preamp is the first part of the guitar amp, which is the signal that first receives the input signal. This section is the circuitry which is primarily responsible for the sake of shaping guitar and delivering it to the next section in the amp.

The idea behind this section is also to ensure the integrity of the signal and to forward it to the next in the most optimal form. The majority of the front panel controls in the guitar being, such as gain, treble, mid, bass, and volume, etc. are controlled through the circuitry in the preamp section.

The electric signal that is produced from the magnetic pickups of a guitar has very little voltage along with the tiny current as well. It is susceptible to interference and degradation. The preamp takes the task of transforming this weak signal into something much stronger and larger for everyone to listen to. The impedance is kept at its lowest possible.

The preamp makes use of the EQ of the 3-band type to shape the tone. The circuitry inside the preamp is known as the gain stages, which normally are two. The major component of the gain stage is an electronic active part, which could either r be a transistor or a vacuum tube.

This is the section that receives the signal coming from the preamp as discussed above. It is the responsibility of the Power Amp section to produce and output a much larger or amplified version of the received signal. This has a high enough voltage to drive the attached speaker.

After getting done with the preamp stage, the guitar signal strength is better but still small. The Power Amp functions to provide an output signal that has the wavelength which matches with that of the original input signal. It is then amplified into a much higher voltage through the power that comes from the wall socket. You will then be having a highly usable signal now. Just like the discussion of the preamp stages, the Power Amp also employs either vacuum tubes or transistors. The devices used in this Power Amp component are quite larger than what you experience in the preamp section before. It is mainly because of the much higher voltage requirements for this component.

The speaker is the third and final part of the guitar amp. It is a transducer system that converts the electrical energy coming from the Power Amp into audible sound.

The speaker could be perceived here as a transducer. It gets an electrical signal or electrical energy which gets converted into audible sound. It is an extremely critical part that is chained with other components to offer a great and amplified sound coming from your guitar.

It is also the part where the size of the speaker further influences the original sound that has been produced through a guitar. It could also be related to the design of the speaker which could influence the performance of your overall amp system.

The above information shared provides us all with the basic functionality of the guitar amps. The major building blocks of the amps are also identified which are Preamp, Power Amp, and the Speaker. The input signal produced from the guitar first enters into preamp which not only boosts the input signal but it also eliminates any interference noise.

Things then come to Power Amp which is the next component in line, after the preamp. The job of a Power Amp is to produce a much higher replica of the provided input signal.

This high-power speaker is what reaches the signal next, which then transforms the voltage into the required sound waves. The design and construction of the speaker further influence the sound that reaches the ears.