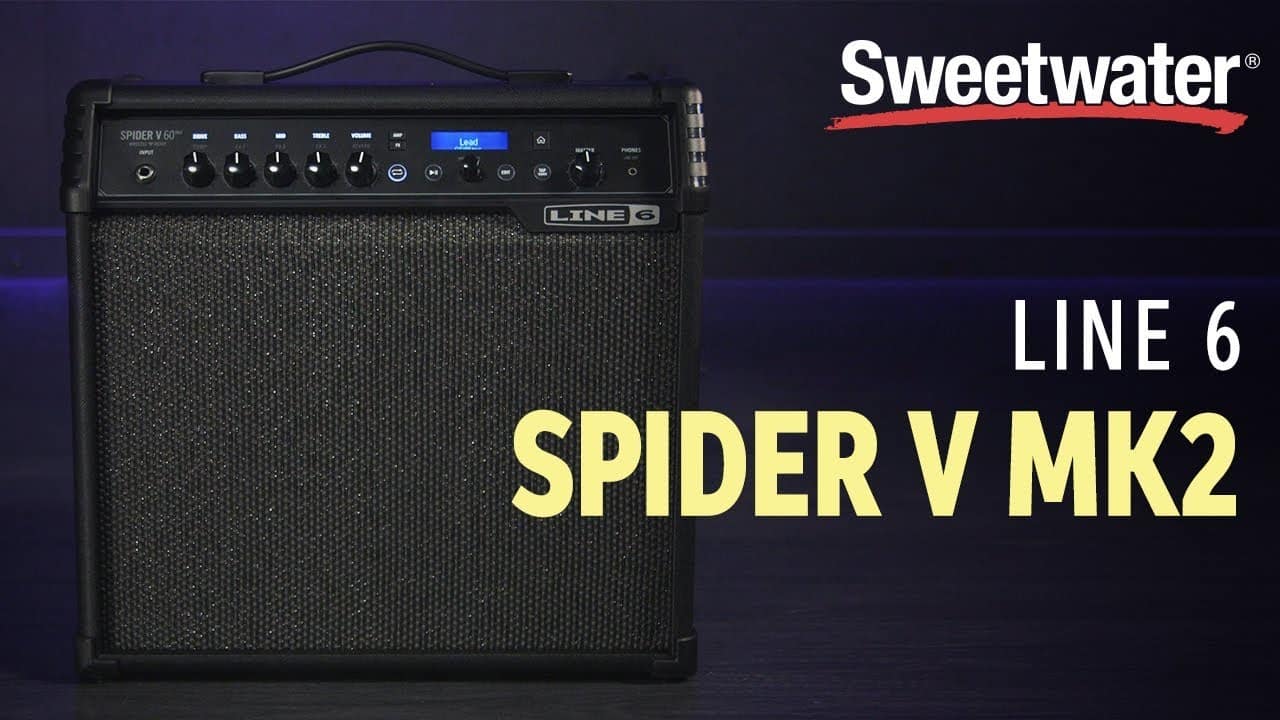 Spider V, just like its name suggests is the 5th generation of the spider amps. Previously, the spider has not been known for making the best amps and usually face a lot of criticism for their products. Well, the reasons behind this can be blamed on the bad marketing strategy of the previous amps.

The first generation of spider amps was marketed as low-budget amps which can be used by beginners to try out different amp models and guitar effects. It was said to be perfect for bedroom practice. The spider series was designed to allow guitarists who can’t afford expensive amps to try their hands out on something similar. Now, the problem is that most beginners do not know how to set the amp to produce a great tone. They are usually overwhelmed by the numerous options before them. At the end of the day, most guitarists set the amp to insane levels and were always blaring music through the loudspeakers.

A lot of beginners ended up making use of the spider amp. Yes, it’s possible to this modeling amp to produce decent tones but these guitarists didn’t know how to run the guitars and they ended up sounding horrible. Spider amps became known for producing poor music and it was bad for business. This reputation has stuck for quite some time and has not shaken off.

So, the succeeding models of spider amps have inherited this unfair reputation. This proved to be a big marketing mistake that hampered the growth of the spider V. As soon as it was named after the famous Spider series, they made a lot of people lose interest in it. 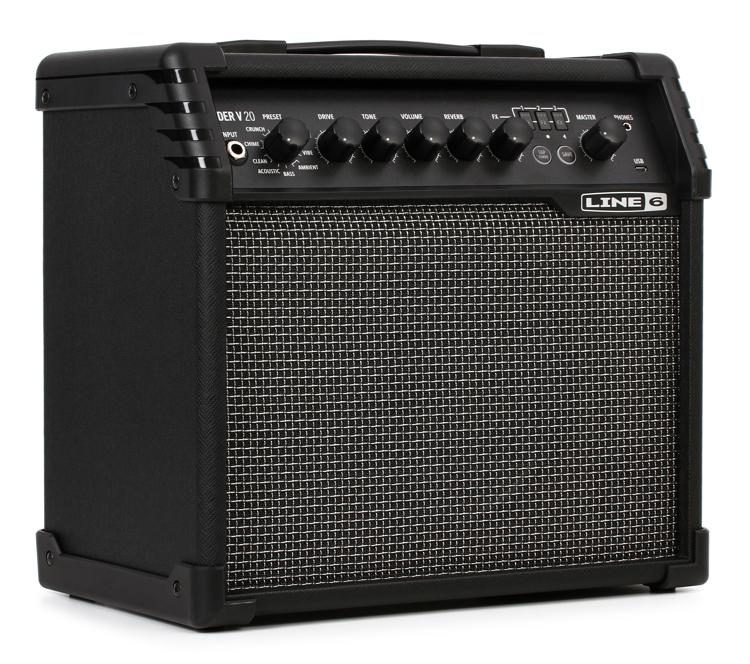 However, we’ll be reviewing it as an independent amp and enjoy it without the bad reputation that we’re used to.

The controls of there spider V are quite different from those of its predecessor. There are more functions but it’s a streamlined panel. Basically, you’ll get all the basic amp functions such as drive, bass, mid, treble, volume, and master volume. For more functionality, there are also specialized words for amp modeling, effects, tuner, and looping. Pressing the FX button will give you access to some of the other effects in the amp.

This system takes quite some time to get used to but, after a few hours of practice, it’s quite intuitive. You’ll also find a backlit LCD display that displays what is going on with the amp.

Line 6 has been designed go offer the amp quality used some top guitarists around the world. The presets easily represent the accuracy, the spider V produces a natural sound which has a dynamic response when played. It’s not a tube amp and doesn’t offer the same level of warmth or character. However, it sounds very good when played with electric and acoustic guitars. It may be necessary for you to make some adjustments to the settings to get the best tone. 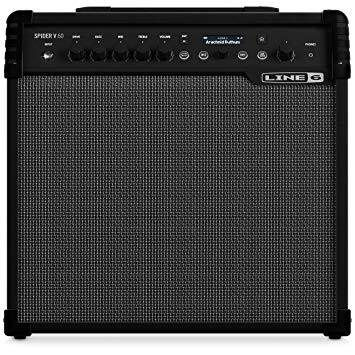 This amp features 60W of power and it could easily cope with being played on stage. It’s good on stage by this amp really turns it up a notch when used off-stage. Line V spider 6 has a lot of presets and effects that enhance your functionality. It’s great for mixing things and adding variety to your music. The drum loops can also be considered to be quite helpful when you can’t get a good drummer to help around.

The new spider model looks quite more sophisticated than its predecessors. It has an all-black matte exterior, matte black control knobs and Black and Silver grille with a Line 6 logo at the right-hand side. In the amp, you’ll find a 10″ speaker which offers a power rating of 60W. There’s a frequency tweeter to control the frequency of the spider. 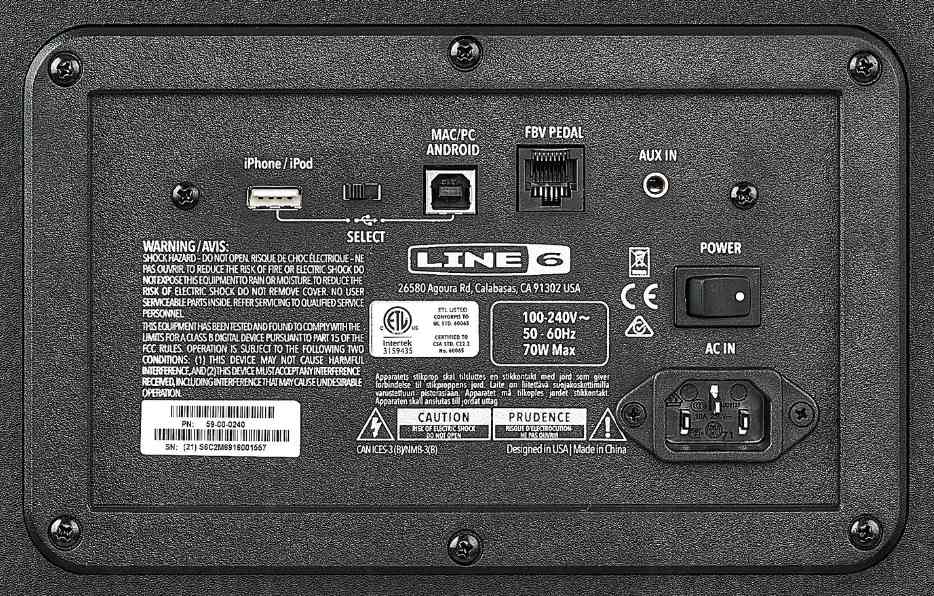 Yes, it looks good but its tonal range is much better. It delivers about 200 effects which let you combine sound to suit your taste. There are also 100 quality presets built-in tuner and metronome and 19 real drum loops. On a final note, you’ll find port doe when more functionality.

For its price, you can’t blame the Line 6 Spider V for much. You can’t just find much fault in the work of this amp. It connects properly to a variety of acoustic and electric guitars.  It does better than most similar-prices amps and even competes with more expensive amps. For a solid-state amp, the power it produces is fantastic. Beginners like the spider 6 amp because it allows them a lot of room to mix things up with the different effects which are available on the amp. There are even drum loops and extras to keep things interesting. Well, there’s a lot of quality in it and it’s a real winner.