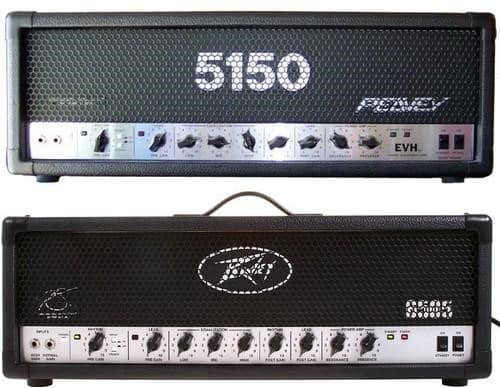 If you’re looking for an all-tube amp, you’ve probably recommended a Peavey. The company has a lot of amplifiers, which might be very confusing to pick one. Yet, one thing is for sure, Peavey amps are badass and tight-sounding whether in studio or stage, particularly the Peavey 5150 vs 6505.

Many have said that these two amps are the same — the 5150 being the old model, while the 6505 is the new name of the former after Eddie Van Halen left the company. This article will investigate into this matter more closely and unveil the truth behind these Peavey amps.

Peavey Electronics Corporation has been in the industry since 1965 along with the initial launch of the 5150 amps series. These amps were designed in collaboration with Eddie Van Halen, a Dutch-American musician and producer.

It seems that the Peavey 5150 is just renamed 6505 after Van Halen left Peavey. However, it’s still good to check the specs and put them side-by-side for easier comparison.

They have the same features with the same specs, except for the dimension (which isn’t a big deal). So, it’s positive that these two are the same and the 6505 is the new name Peavey gave to their Van Halen signature model 5150. But, wait, maybe you can still see some difference in their design and performance?

If you look closely, the Peavey 5150 has Eddie Van Halen’s signature below the Standby and Power push buttons just to the right of the Presence control knob. The Peavey logo of the 5150 is to the lower right with the big model “5150” at the center. For the 6505 it’s the exact opposite — the model number is to the lower right, while Peavey’s new logo is at the center.

A lot of people say that the 5150 is still better than the 6505, particularly the block letter 5150. Yes, this was true before, since the 5150s are shipped with high-end tubes. But, that was before. Since it’s more than 20 years, the tubes might have been replaced already. And, in general, modern tubes aren’t as great as the older ones.

In terms of tonality, there is no difference between them. Even the 5150 signature model and the block letter model don’t have much difference except that they are shipped with different tubes. The same is true with the 5150 and 6505. Here’s a YouTube video that helps you understand the Peavey amp variants, not just the Peavey 5150 vs 6505, but a few more:

If you’ll research on the internet, you can find a used Peavey 5150 sold on eBay, which is still slightly higher than the (original) price of the Peavey 6505 from their website. Why is that so? Maybe because that used Peavey still bears Van Halen’s signature on it?

As you know, tube amps, as what these amplifiers are, needed to be replaced every few years. The tubes won’t last long and to get the best results, you need to upgrade the tubes. So, for the price, it’s more practical to get the 6505, unless you still believe that the 5150 is still way better. However, you have to think that the tubes won’t last long and need replacement after a few years.

Specs-wise and performance-wise, they are identical. Though a lot of users said that the 5150 is better-sounding than 6505 since two decades have passed, it’s hard to tell if you can still achieve that kind of tonality now. The tubes are most likely being replaced with modern tubes that are also used by 6505.

The 6505 is just the same 5150, in general. Van Halen took the 5150 with him so Peavey can’t use it. Peavey had it renamed to 6505 and launched it during their anniversary and it worked. A lot of people thought they were different.

Now, it’s up to you to decide. Do you want the vintage model associated with Eddie Van Halen or the new model of Peavey? Pick the one you think is the best for your style and character.