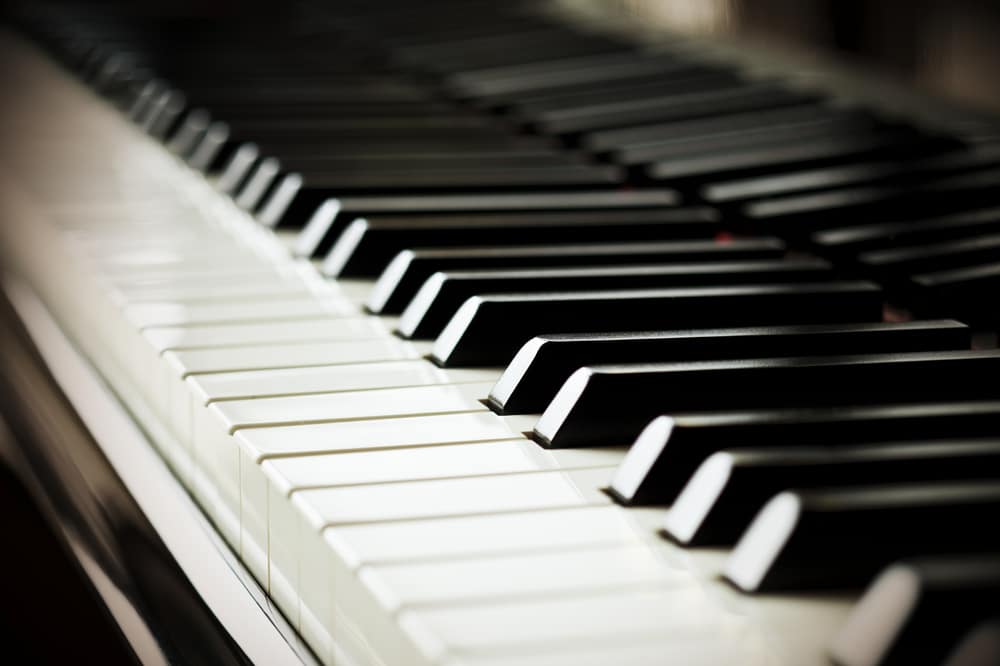 While talking about rap, most people often think of a genre of popular music that features chanting speech, sampling beats, bass lines and so on. Still, only a few music enthusiasts know that some of the biggest hits of hip-hop artists make use of a venerable instrument: the piano. As unlikely as it sounds, lots of rap songs have utilized the piano for melodic elements since the late 1980s. These kinds of days, fans of rap song with piano riff could be found pretty much all over the globe.

So you come across a hip-hop song that uses brilliant piano riff and want to find a few more? In that case, you have come to the right place. This article could show you some of the most prominent pieces of rap music ever produced that feature piano riff.

Rap Song With Piano Riff In The 1980s

Featuring numerous piano parts that interject in between, Slick Rick’s “Children’s Story” sounds somewhat cheesy because of the bass lines that come in and out times and again. But while the beat indeed seems pretty bare, the piano gives the song its sparseness. It’s worth noting like a lot of songs of the genre, “Children’s Story” use bass lines of “Nautilus”, a classic from Bob James.

Considered to be the biggest (and maybe only) hit of Biz Markie, “Just a Friend” employs ingenious piano riff that makes the song quite catchy. Instead of using the piano for decorative, Biz Markie’s “Just a Friend” consists solely of piano samples and drums.

Rap Song With Piano Riff In The 1990s

By repurposing the piano riff as well as other parts of “As Long as I’ve Got You” from The Charmels, Wu-Tang Clan’s C.R.E.A.M” is truly an iconic song. A combination of cinematic production and grim retrospective provided a by all account flawless backdrop for the Clan’s tale.

Known as one of the powerful songs of Tupac, “I Ain’t Mad at Cha” achieves great success partly due to its heartfelt piano part. The origin of the piano part is “A Dream” of DeBarge, it’s initially recorded on a keyboard but Daz Dillinger (the producer) later reimagined it on a classical piano.

Packing a two-chord piano riff that nicely backs the eclectic lyrics, Erykah Badu’s “On & On” tends to be thought of as the beginning of the neo-soul movement. Coupled with the bouncing synth bass and Badu’s singing, “On & On” is a superb rap song with piano riff that always captures the audience.

At the time of its release, “Hard Knock Life” was, in essence, the most commercially successful single of Jay-Z. The incorporation of the staccato eighth-note piano in the song attracted the attention of many producers which make them make songs using rhythmic piano accompaniment. More and more artists use the piano as a percussive element in the beat.

Featuring the popular staccato eighth-note piano, “Still Dre” was released in the second album of Dr. Dre (2001) and also shown up in the movie “Training Day” of Antoine Fuqua. Through the song, Dr. Dre proved that he is one of the best producers/rappers.

Rap Song With Piano Riff In The 2000s

Among artists nowadays, Nas is famous for moving between a political poet and a street hustler every known and then. In the case of “I Can”, Nas decides to put himself in the political spectrum: he uses looping interpretations of Beethoven’s “Für Elise” as the backdrop for exposing societal ills, Africa’s history,… All in all, Nas’s “I Can” is a solid example of today’s rappers taking extended linear piano compositions then breaking them into beat grids.

Centered around a chord progression on the piano as well as a couple of synth stabs, Lupe Fiasco’s “I Gotcha” always come up once it comes to forward-thinking rap song with piano riff. Assisted by the Neptunes, Lupe Fiasco put together metaphors about things such as tempura, soap, …

Sure, Kanye West is making headlines for various things aside from music nowadays but his songs remain innovative enough to handle the test of time. Introduced in the late 2000s, Kanye West’s “Love Lockdown” laid the foundation for modern hip-hop, it features a mix between Nina Simone-style piano riff and reinforcing African drums.

How Rap Ushered the Piano into Its Next Developmental Phase