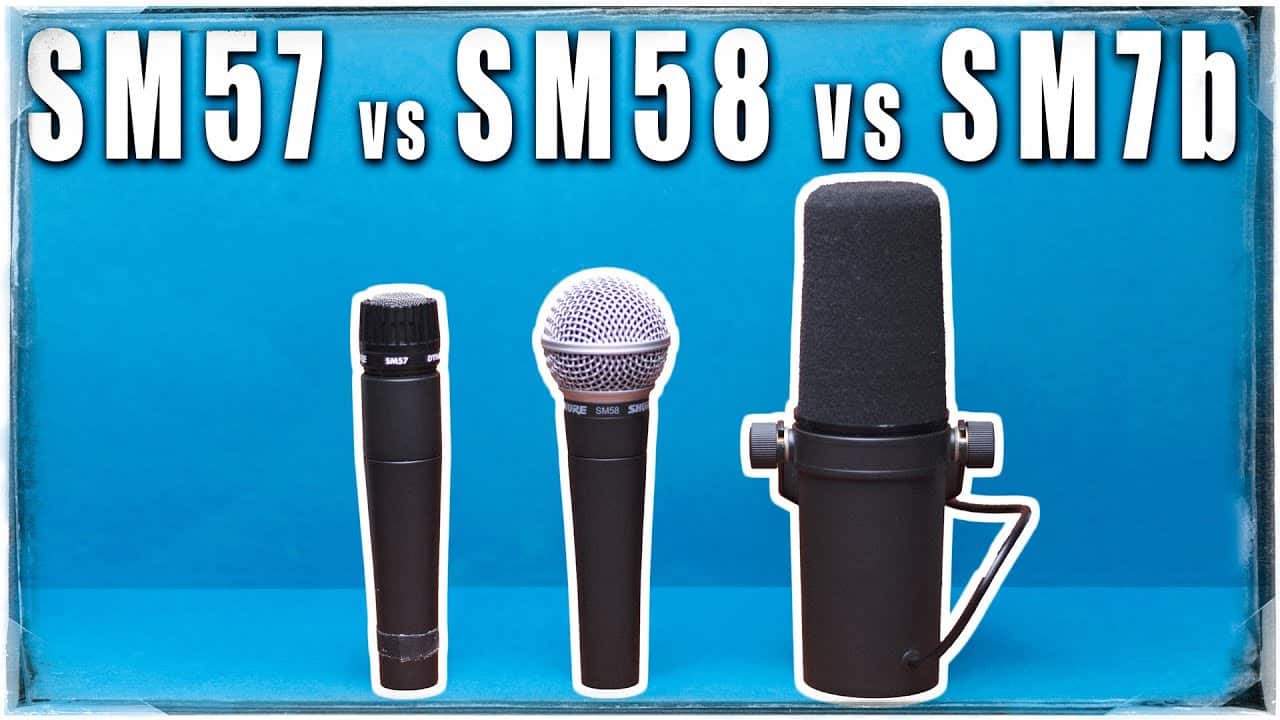 Although both the SM57 and SM58 model of microphones have been designed considering the same cartridge, yet, it has been seen that the most important difference between these two microphones is the design of the grille. Physically, the SM58 model of Shure was intended for heavy vocal usage and hence, it was designed with a ball-type grille which provides a good filter for reducing plosives. This article will show you that between Shure SM57 vs SM58, which one is better.

The SM57 model of a microphone from Shure Incorporation is, perhaps, one of the most popular microphones in the entire global market. Originally introduced in the year 1964, the Shure SM57 is a type of a very low resistance microphone which contains the features of a cardioid dynamic mechanism. With an extensive use in live musical events and other studio recordings, the SM57 microphone has been the preferred microphone for every United States of America’s President since the year of 1966. Considering its impact in the technological field, this microphone has been conferred the award of the most dependable performance by the jury panel of TEC awards. 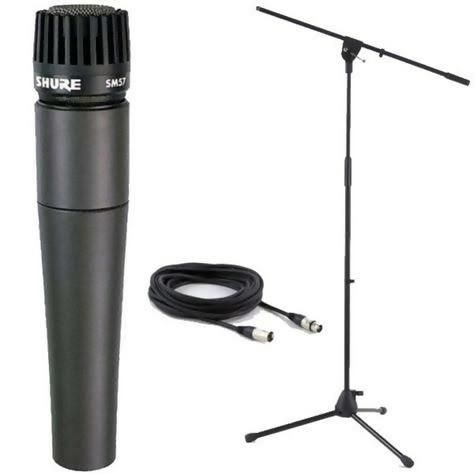 The SM57 model microphone uses the exact same type of capsule as that of its successor, the SM58 microphone. Well, to be precise, just like the successor model of SM58, the predecessor is also attached with an XLR port and is fitted with an output of balanced type. Due to the presence of such an advanced output, the SM57 does not suffer any kind of electrical noises or humming sounds. According to the manual released by the manufacturers, the SM57 model of microphone functions in the frequency range which starts from 40 hertz to 10 kilohertz.

There are various safety measures which have been attached with this microphone, which include an advanced windscreen. This helps to reduce the noises from the wind and other such ambient disturbances and also helps to prevent any damage to the capsule of the microphone.

Owing to the robust construction of this microphone, the musicians and live artists prefer SM57 as their first priority microphone for the events. Apart from its construction and high level of sounds, the SM57 can also produce extremely large audio levels and can also enhance the sound effects from various instruments such as percussion, drums as well as electric guitars, and hence, it is also known as the ‘Instrument Mic’.

Talking about the manufacturing process, the SM57 microphone by Shure Incorporation is manufactured in their factories in China, United States as well as Mexico. This particular microphone has become so popular around the globe that the School of Audio Engineering has also incorporated the SM57 as their official microphone for teaching all the courses in their curriculum. Another interesting thing about this particular phone is that it has been used for all the speeches from the White House since its inception in the year 1966.

Similar to its predecessor Shure SM57, the SM58 is also a low resistance professional type of microphone which is incorporated with the cardioid dynamic mechanism. Most commonly used for live musical sessions, this Shure SM58 microphone has been manufactured since the year of 1966 by Shure Incorporation. Along the way, it has created an extremely strong reputation for itself within the music industry and has been appraised for its overall sound quality as well as reliable durability. The Shure SM58 microphone along with its predecessor SM57, has become the best selling microphones of the entire world and have controlled this position for the last 50 years or so.

Similar to most of the directional type of microphones in the market, the Shure SM58 microphone also suffers from the proximity issues. Apart from this, extremely low-frequency sound effects can also hamper the overall sound quality of the microphone. Well, this microphone is incorporated with a cardioid dynamic mechanism, which helps to reduce various kinds of noise and pickups from the rear as well as side directions, which, in turn, helps to reduce any kind of onstage delay.

The Shure SM58 microphone is available in multiple variations, which include the one with wire and another with a wireless connection. The variation which contains the wired setup tends to provide an enhanced amount of sound balance through its attached XLR adaptor. Apart from this, SM58 also incorporates a sudden jerk mounting to decrease the noises due to handling.

One particular distinctive characteristic of this SM58 microphone is the presence of a pneumatic system for the capsule of this microphone. This microphone is incorporated with a capsule which is extremely portable and can be replaced very easily and is also guarded with a rubber sheath, as compared to other models, which contain solid rubber and springs. This characteristic helps the microphone to reduce the ambient noises as well as various handling noises and hence, this microphone is one of the most favoured vocal mics for the musicians.

Let us now discuss the differences between the two versions, The Shure SM57 and the SM58. 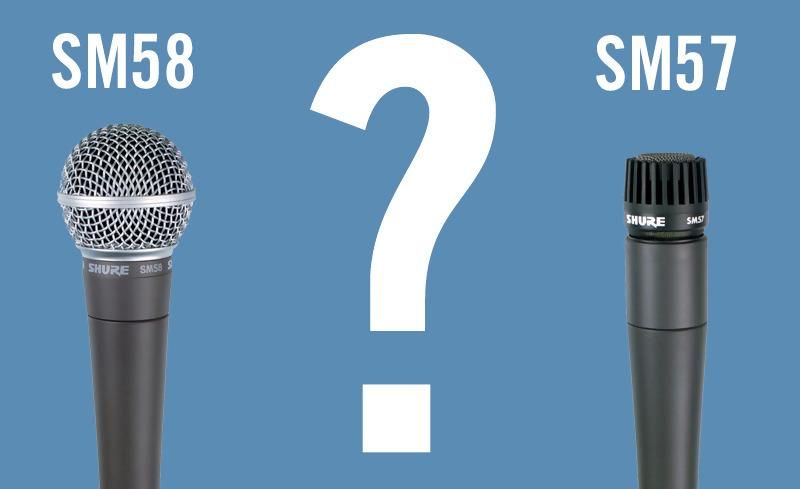 The SM57 model of a microphone by Shure was intended to be used as the microphone for various instruments and hence, it was incorporated with a grille which is much smaller than that of its successor. So, keeping this in mind, the SM57 microphone does not contain any ball type grille and it, in turn, is fitted with a resonator assembly which helps to reduce most of the humming and ambient pickups.

At last, to conclude it, it can be easily said that although both Shure SM57 vs SM58 are very interesting and rich with features, yet, if you have a tight budget and want to get many functions fulfilled, the Shure SM57 would be the ideal purchase for you. This is primarily because this microphone can be used for both vocals as well as instrumentation requirements, whereas, the successive model is only preferable for vocal needs. Well, the last call always rests with you and you should always but that product which suffices your needs with the least amount of your hard-earned money.