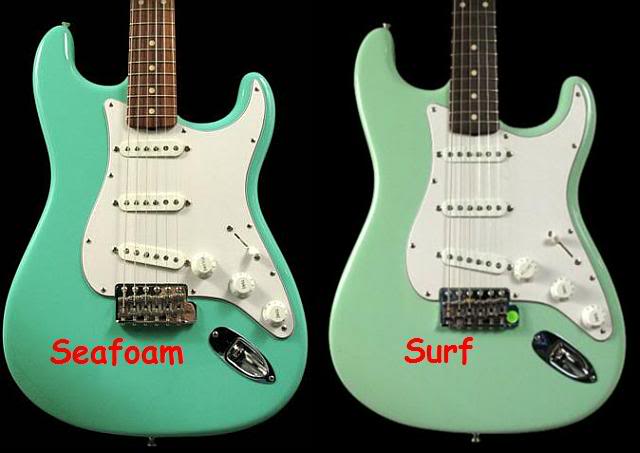 It’s not uncommon for people to have a hard time distinguishing between colors which is why Surf Green vs Seafoam Green causes many problems. To distinguish between those two colors, it is essential that you see them using your own eyes. You still cannot tell the colors apart? In that case, you should find this article useful.

What are These Colors, Anyway?

After making thorough research and investigation about this issue, there’s a good source of information online. A lengthy, yet very informative article explains the background and basics about the vintage colors of guitars and how do we know which color is which.

Surf Green and Seafoam Green were just two of the Fender custom colors included in color chart standardization in the 1960s. Here’s a snippet of Fender’s original custom color chart.

It’s not Fender that chose these colors, but the customers, for the most part. This means, if you have a guitar before the 1960s, it’s very hard for you to determine what was the true color of the guitar. Perhaps, you have found some evidences of possible colors that was used originally, but there are  still a lot of reasons that could affect the color.

Is the Color Distinction that Important?

Fender was not the only one that loved these colors, other companies too, like EB and Gibson. Though it’s just online and there could be a lot of factors why the same color differs in appearance, this is a good example of why it’s so confusing to determine which is the real Surf Green or the real Foam Green. Check the Foam Green and Surf Green shades from the table below. 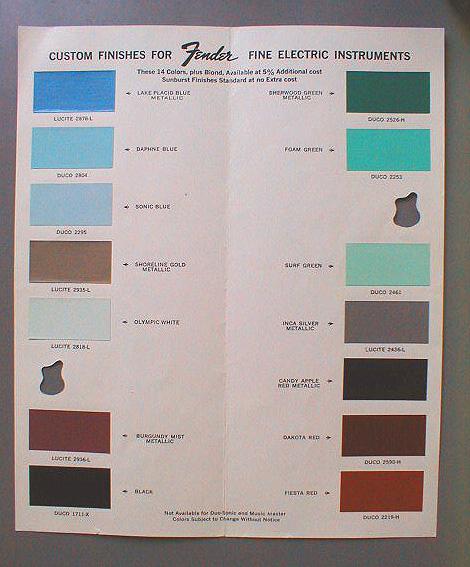 Check the Surf Green color of the Fender American Professional Stratocaster, Ernie Ball Music Man StingRay, and Gibson Les Paul 2016. On the other hand, get a closer look at the Foam Green of Fender Vintera ’50s Stratocaster, Ernie Ball Music Man Cutlass Bass and Gibson Les Paul Classic. Though one factor that may affect the appearance is detailing, with just these three guitar makers, you are also starting to be confused. The reason could be because of the different materials used by each company.

Actually, if you just want to get a vintage Fender or a Gibson, you can just pick any model, like the famous Sunburst or the Lake Placid Blue. But, if you want to restore the original color of a particular Fender, then, there could be a big debate between Surf Green vs Seafoam Green. Color restoration of vintage guitars isn’t easy. It’s a very big challenge because you have to really make a great effort to know the background of that guitar.

As mentioned, both colors are among the Fender custom color originally from Duco (nitrocellulose) paint formulas. Unfortunately, these were also among the colors that were not immediately translated to acrylic versions. So, they became unavailable along with the nitrocellulose paints in the 1970s. Later, in 1996, both colors became available in acrylic lacquer.

In addition to the comparison made above, Warmoth Guitar Products has a good YouTube video on the Surf Green vs Seafoam Green comparison.

Seafoam or Foam Green has a green-blue shade. Sometimes, it can also be referred to as mint green, but actually, they are two different shades. Seafoam sits between blue and green.

Yet, to achieve the Seafoam green color, you have to add a bit of gray or white to lighten the shade. Since it has a bit of blue in it, it appears to be cooler and darker.

Surf green, on the other hand, has a combination of green and a bit of yellow. With the yellow tint, it gives a bit of vibrancy – hence, appears warmer and a bit lighter. 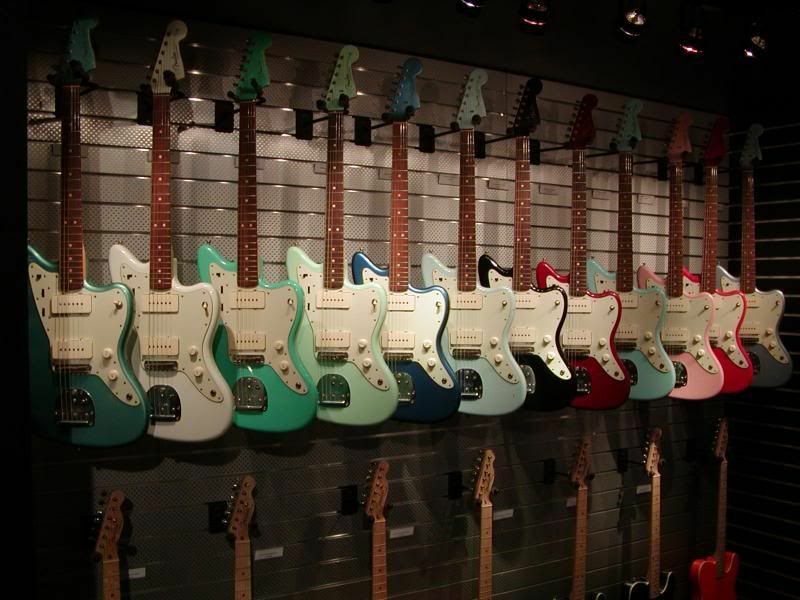 When it comes to guitar restoration, the perfect mix of colors is very important. When applied with too much tint, the Seafoam Green can become ‘pukey’ green, while the Surf Green becomes Foam Green.

Some preferred Surf Green, while others want Seafoam Green. According to the responses on some forums, they want the Surf Green – it’s like a faded Seafoam Green. Some prefer Surf because it’s among the classic Fender pastel, and it’s lighter. Since the Seafoam comes with a blue shade, it appears darker.

Do note, however, that the materials of the 1950s may differ from the materials used now. And, as mentioned earlier, a slight difference in the application of the color tint could also change the appearance – may appear lighter or darker.

When it comes to vintage Fenders, correct color and finish restorations are very important. Hence, most people still mistook Surf Green to be Seafoam Green and vice versa. However, with the good reference from the above-mentioned article along with the wonderful table that it has provided, you now have a clear picture of what Surf Green actually looks like. 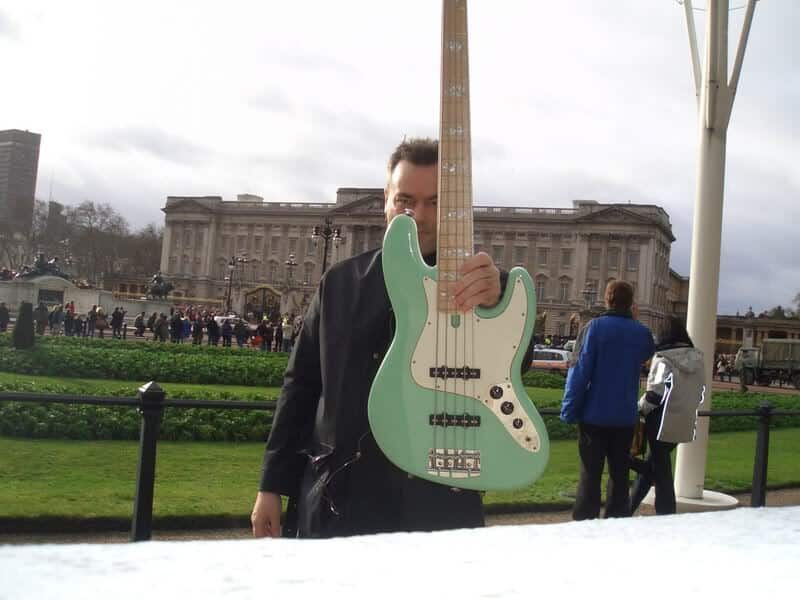 Professional guitar shops who have been doing restoration for a while know what these colors are. Since the table above has the Dupont code, perhaps, it’ll help you get the color shade that’s close enough. But, then again, there could still be some variation because of the materials used and the application.