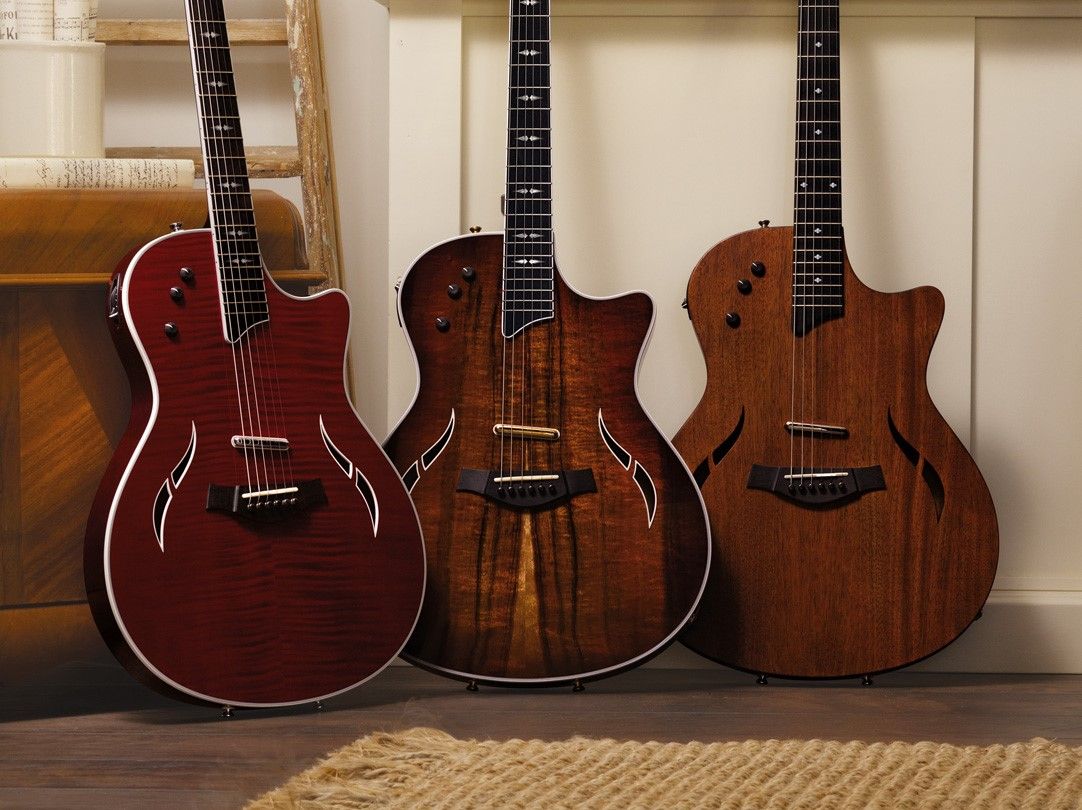 Taylor acoustic guitars are unsurprisingly one of the best choices in the market. And, for electric guitars? Yes, it has three — the Taylor T5, Taylor T5z, and the T3. But, the most interesting is the Taylor T5 vs T5z, which is further discussed in this article.

Taylor guitars have been widely accepted by musicians and popular artists like Taylor Swift, Jason Mraz, Shawn Mendes, Tori Kelly, and Zac Brown Band, to name a few. So, obviously, when the company introduced its first electric guitars, they are welcomed with arms wide open by Taylor fans around the world. If you’re a Taylor fan and are interested in their electric guitars, start with this Taylor T5 vs T5z comparison.

For those who have seen the T5 and T5z for the first time, maybe you can see only one kind of guitar. Aesthetics-wise, they look almost identical. T5 and T5z are some of the most popular hollow body hybrid acoustic-electric guitars on the market. T5 was first released in 2005, while the T5z followed in 2014.

Both models feature a mahogany top, which is also found in Taylor’s top-of-the-line guitars. This gives T5 darker and earthy look which is highlighted by its satin classic finish. T5z is more compact and still exudes the same vintage beauty as its sibling. They both have Taylor’s proprietary electronics, which makes them ideal for playing unplugged or with an amp.

This article will focus on the Classic version of the T5 and T5z. For the benefit of those who are new to Taylor’s electric guitars, the Classic version is made of Mahogany top with Sapele back and sides. Other versions are Standard, Pro, and Custom. The Standard has the Sitka Spruce/Sapele pairing, the Pro has the flame maple top, while the Custom has Hawaiian Koa top with golden hardware.

Taylor T5z only differs from Taylor T5 with a ‘z’, literally. However, there’s a deeper reason why the ‘z’ is there. So, it’s better to have a side-by-side comparison of their specifications for you to know that they don’t only differ by ‘z.’

They are the same in a lot of aspects. Perhaps a comparison of their design, playability, and sounds can help you decide which of these two is the best fit for you.

Again, from afar, you don’t seem to realize that one is different from the other, especially if you’re looking at the Classic models of T5 and T5z. As a hollow body acoustic-electric guitar, they offer the best of both worlds. However, each one is designed to address the uniqueness of every guitarist.

T5 is geared towards acoustic players. You can see a larger body, neck radius, and frets. It’s almost identical to Taylor acoustic guitars, except for the electronics onboard. T5z, on the flip side, is electric leaning, providing you with a smaller body, 12-inch fretboard radius, jumbo frets, and extra feedback resistance.

Other than these differences, Taylor T5 and T5z are two of Taylor’s acoustic-electric hybrid hollow body guitars that will surprise you in any way.

T5 is an amazingly versatile guitar. It can play lots of music styles from natural acoustic to electric lines. As mentioned, it’s best to be played acoustically, so you’ll get a bigger profile, a 15-inch fretboard radius, and narrower frets.

Since the T5z is best played when plugged in, it’s designed to have a feel familiar to electric guitarists. It has a slimmer fretboard with 12-inch radius, jumbo frets and smaller body. Its compact body together with the jumbo frets is great for string bending.

If you play acoustically more often, you should get a T5. With its larger body, you’ll be able to get a great tone with enough volume unplugged. Even though they have the same electronics onboard, they still sound a bit different through an amp. But, they are exceptionally brilliant.

Thanks to the three pickups with a five-way switch, you can get a much wider tonal capacity from both guitars. The pickups include acoustic body sensor active soundboard pickup, concealed neck humbucker, and a lipstick-style bridge humbucker. The soundboard pickup offers acoustic tones, while the bridge and neck pickups offer electric sounds. With the trio control knobs — volume, bass, and treble, you’ll get more tonal options than you imagine.

If you are still confused about which sounds better, you may check this YouTube video that compares a T5z Standard to a T5 Koa:

For some retailers, like Amazon, they have the same price. So, whether you pick one over the other will be based on what you love about the guitar, rather than on its price tag. Although these guitars aren’t that affordable for many, given that it’s priced over $1000, based on the thorough review above, it’s very clear that Taylor put some thought on their electrics.

In the end, Taylor isn’t all just about acoustics, but it’s great, too, with their electric guitars. Pick the T5 if you’re more towards playing acoustic, but sometimes need electrics. On the flip side, get a T5z if you are more to the electric side, but sometimes need acoustics. Picking either of these guitars or picking both will surely give you a good return for your investment in time.

Price- and specs-wise, Taylor T5 vs T5z is a draw. They have a sound resemblance, too. However, if you love acoustic sounds and playing without an amp, T5 is the right gear for you. Similarly, if you love the smoothness and feel of an electric guitar, the distortion, and the loud sounds, go for a T5z. Whether you get one or the other, these are Taylor hybrid guitars and you won’t get disappointed with them.