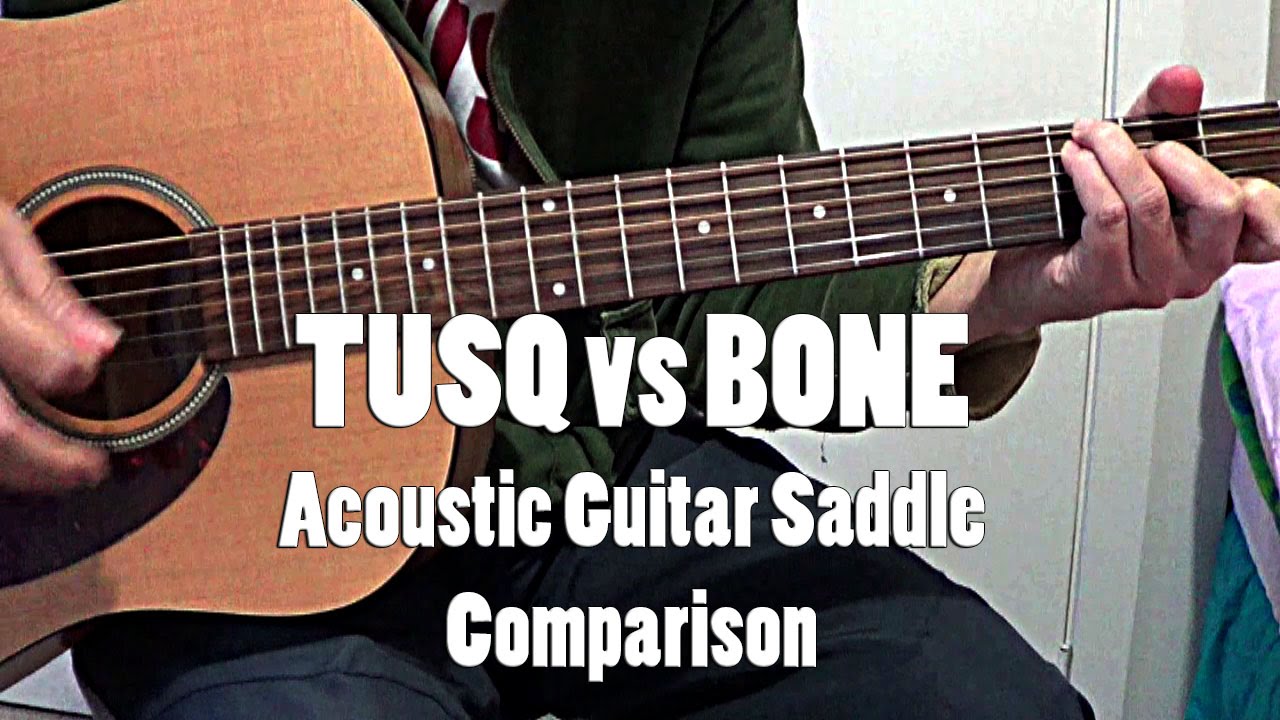 Different people look for different things so the music community is at odds about the one that comes out on top in tusq vs bone saddle. In the case that you seek the best material for your guitar saddle, you have come to the right place. This article is going to teach you the characteristics of the saddle materials so may make the right call.

It’s the thick piece of material in the bridge of your guitar that used to lift the strings. Its primary function is to transfer the vibration of the string to the bridge, then to the soundboard. Generally, it sits in front of the bridge pins (because the strings are then fixed in the guitar through the pins). 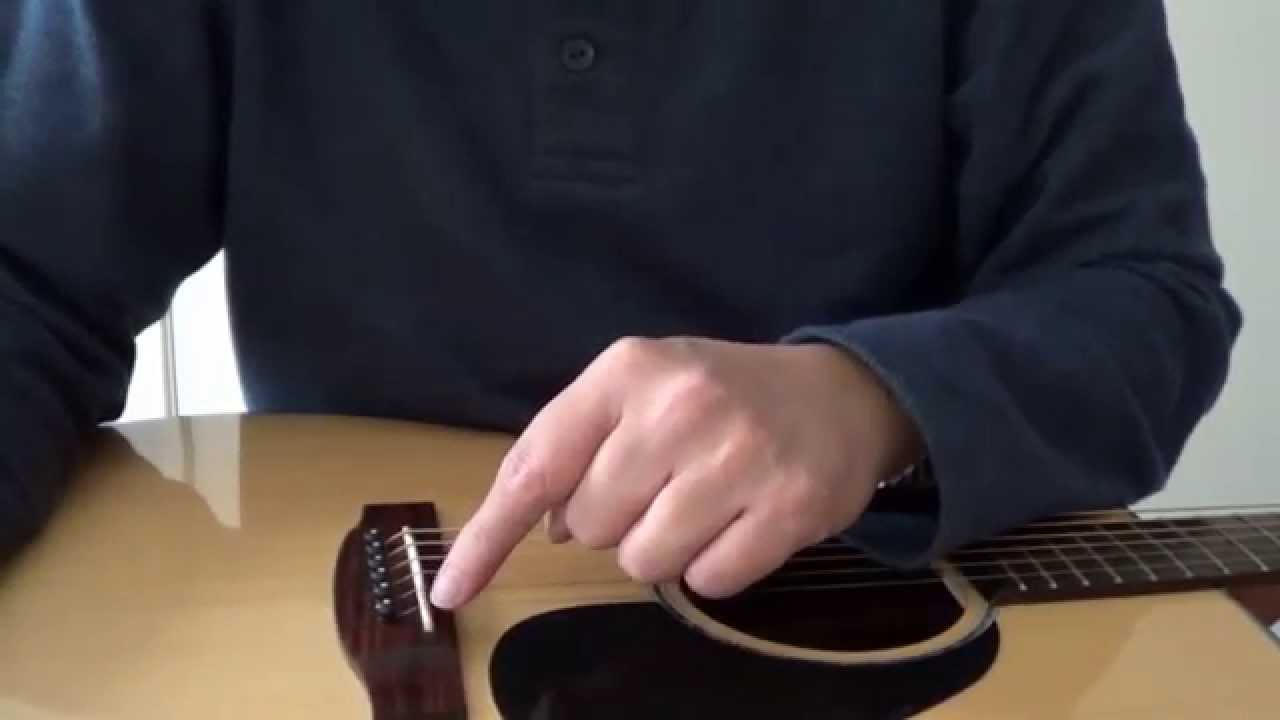 Note: In the electric guitar, the saddle is more integrated into the metal bridge, so to explain the concept better, let’s focus on acoustic guitars.

The saddle (in acoustic guitar) seems like a tiny piece (of bone, tusq, or even plastic), but it has an impact on the intonation, action, and of course, tone of your guitar.

The position can greatly affect the intonation of your guitar. Intonation refers to the accuracy of the pitches produced when you play notes on your guitar. For example, play an open D string and compare it to the sound produced by playing a D note on the D string at the 12th fret. If they have the same sound, your saddle is in the right position. If not, moving the saddle forward or backward can fix this. From the example, you must get the same sound.

The saddle material itself has a direct impact on the sound output you’re getting from your guitar. As a general observation, the bone saddle will produce a warmer and fuller sound compared to the brighter and clear tone of the tusq. However, it’s not always the case. Some factors that may affect the quality of the sound you get include the strings you used, the guitar pickups, and even guitar material itself. Again, it’s only by playing the guitars (each with a different saddle) side by side that you’ll recognize the slight difference in terms of tone.

Tusq is a synthetic material that not only mimics the quality of bone and ivory for nuts and saddles, but to surpass it. Since it’s just a high-quality polymer, it’s uniform all throughout, making it the choice for Taylor and Gibson, among others, for their high quality guitars. 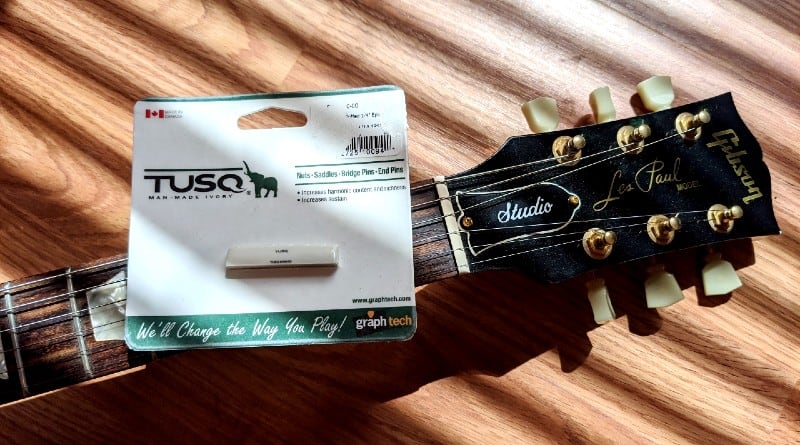 Bone, on the other hand, has a good reputation when it comes to producing big lows and clear highs. However, since it’s natural and porous, it comes with inconsistencies – in its pores and thickness, etc. Therefore, especially when you are using pickups, you can catch some inconsistencies and uneven sustain.

With all the details above, you are aware by now the importance of the saddle in your guitar, particularly in the sound you’ll get. Now, let’s dig deeper and compare tusq vs bone saddle in terms of overall tonality, price and usage.

Tusq saddles tend to provide more sustain with more clarity and sharpness. A quick comparison you can make is to drop the tusq and bone to a hard tile floor. With the bone, you’ll get a ring, but with the tusq, you’ll hear a ‘musical’ ringing. Since tusq saddles are made, they’ll produce one sound.

Compared to tusq, bones are naturally varied because of the pores and different thickness per bone saddle. However, Martin guitar users prefer keeping their bone saddle because they’ll achieve the warm and full tone distinct from a Martin model.

Bones, same with ivory, have soft spots hence, it might be difficult to slot them at the exact depth you want. They will also wear unevenly and may aggravate string buzz and have less sustain. You’ll also need to lubricate them often. Tusq, on the other hand, wears consistently, and you can find Tusq XL nuts that are self-lubricating.

Since bones can’t be made, they tend to be more expensive. If you’re buying a guitar between $500 to $2,000, chances are, you’re getting a tusq saddle. However, the price isn’t always the consideration for your choice. After all, it’s about the sound quality you want to produce.

For those who aren’t musically-inclined or those who are just starting to learn about guitars, tusq vs bone saddle, isn’t such a big deal. However, if you begin to really get serious with your acoustic guitar, you might consider which one is a better fit for the sound you want to produce.

If you want to get a warmer and fuller sound, more like a Martin tone, then, you might keep your bone saddle. However, if you want to produce a brighter and cleaner tone from Taylor’s or Gibson’s, tusq saddle is perfect for you. 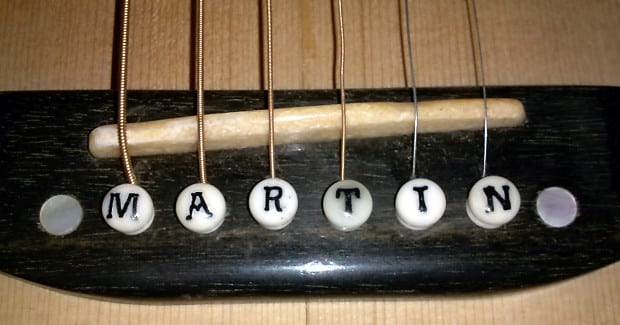 Again, while the saddle material isn’t really a big deal, you will be more conscious of it when you become more focused on improving the sound you get.

Overall, tusq saddle is more preferable since it’s consistent, inexpensive, and wears off uniformly. Still, the choice is yours. After all, saddle material is just a ‘small’ thing compared to the other bigger factors that affect the overall sound of your guitar.