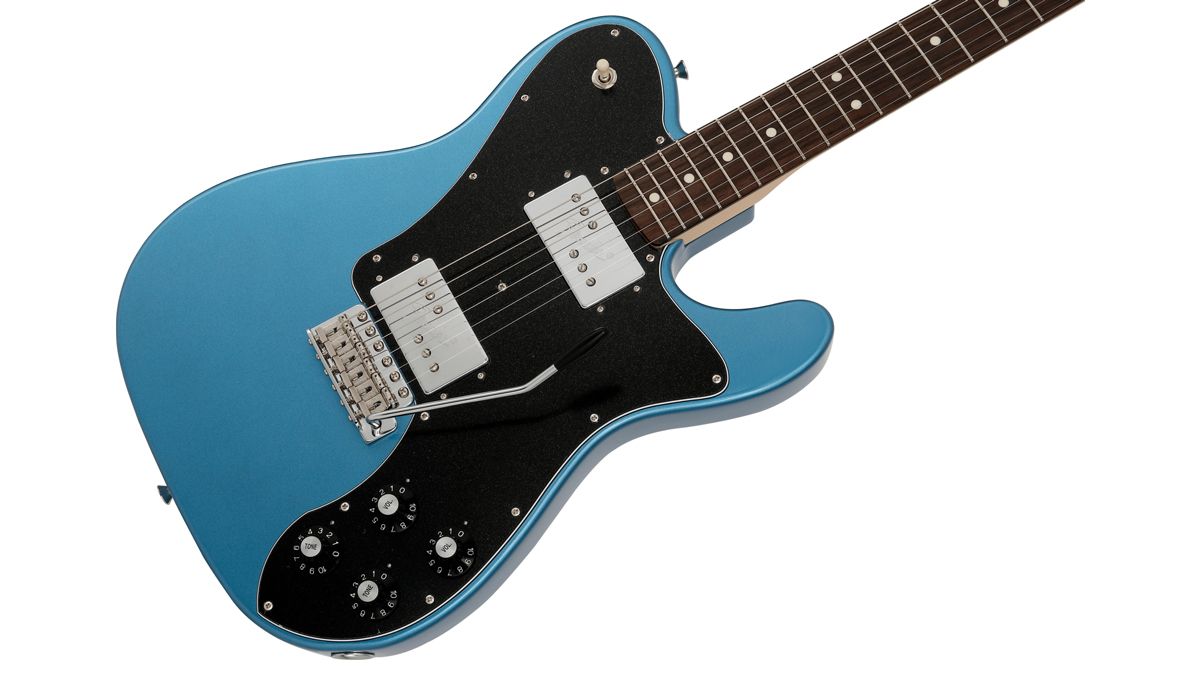 Considering the positive effect of whammy bar on the performance of guitars, it’s no surprise that whammy bar for Telecaster is a hotly-discussed topic. You want to add whammy bar to your Telecaster but don’t know whether that is possible? Then you should spare some time to take a look at this article. Down below is everything that you should know about whammy bar and Telecaster at the moment.

An Overview Of The Situation

All in all, standard Telecaster models do not contain whammy bars by default so you can only find Telecasters featuring whammy bars in custom shops. However, it is difficult to locate such guitars and even if you manage to find one, it would be either too expensive or too ugly. In the case that you want to customize your guitar, the process is no walk in the park. You must drill a giant hole in your guitar to set up the whammy bar correctly and one mistake could ruin everything.

Because of the issues mentioned above, Bigsby has become popular as a replacement for the whammy bar on Telecaster. If you opt for Bigsby, you do not need to drill a giant hole in your guitar and it is easy to install too. Moreover, if you do not like Bigsby, the installation is completely reversible. That being said, to install the Bigsby, you still have to make small holes so you should only do that if you have no plan to sell the guitar.

The Vibramate also makes a fine alternative to the whammy bar for Telecaster. It is even easier to install than the Bigsby and it does not take much effort to work flawlessly. Still, the Vibramate will not improve the sound quality as much as the Bigsby.

A recent mod that is getting a lot of attention from guitarists is the Stetsbar. It provides good overall quality and is superbly easy to install. Most importantly, there is no need to drill holes in your guitar to install the Stetsbar, thus preserving its value.

Are Whammy Bars Harmful To Guitars?

The answer is no but the whammy bars could make your guitar out of tune from time to time. That happens when the guitar strings slowly unwrap from the tuning post and malposition in the nut slot whenever you touch them while having a whammy bar.

What Is The Role Of The Whammy Bars?

Usually, if the whammy bar is around, the sound output of guitars should have more vibrato. It is because they are capable of altering the strings’ tension through the controlling level while being placed at the bridge or tailpiece of the guitar. Naturally, people tend to regard whammy bars as vibrato bars and sometimes incorrectly as tremolo arms.

Who Invented The Whammy Bars?

The person behind the whammy bars is Eddie Van Halen. Not long after that, with the help of Floyd Rose, the whammy bar was updated to not make the strings out of tune. Besides the whammy bars, he also created a new guitar head type along with a device called D-Tuna which allows users to change between different tunings while playing.

Yes, and he used it quite a lot. Moreover, Vaughan even broke the whammy bar on a regular basis, thus requiring a lot of repairs.

Which Music Genre Is Suitable With The Telecaster?

Being a versatile guitar, Telecaster allows you to play several genres including country, reggae, rock, pop, folk, soul, blues and so much more.

Which Music Type Does The Telecaster Play Best?

Since its introduction, the Telecaster has been famous for being the perfect guitar for country music. Aside from that, the “jangly” and “twangy” tone of the Telecaster helps a lot in performing blues, jazz, and some rock music’s subgenres at a high level.

Who Is Famous For Using The Telecaster?

Throughout its career, the Telecaster had become a staple for Clapton. Hugh Cornwell had also played with the Telecaster since his early days in the Stranglers. Another well-known guitarist who used to love the Telecaster was Jamie Cook, especially in the period from 2005 to 2008.

Which One Is Superior, The Telecaster Or The Stratocasters?

Between the two guitars, people usually love the Telecaster more because of its versatility, two single-coil pickups, wide bridge pickup and ease of tuning/playing. Nonetheless, the Stratocasters also have certain strengths such as the broad tone palette, high level of comfort in use and two-point tremolo system. All things considered, you should try both of them to find the one that fits your playing style.

What Gives The Telecaster Its Versatility?

The Telecaster’s bridge pickup is located on the metal of the bridge, so it is granted more power. As a result, this guitar is good for strong music genres like metal and rock.

Is It Hard To Play The Telecaster?

With the thin neck and good upper fret access, it is actually quite easy to play the Telecaster. Of course, you also need to practice a lot to master it.