Home
News
Why are WAV files so big? Get to know the actual reason 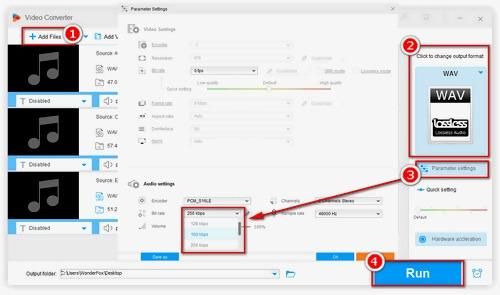 If you are a music enthusiast, then you must have an approximate idea about the various available formats of music files on computers and mobile devices. Well, talking about formats, the one which comes closest to the original sound quality is known as the WAV format. And courtesy to their originality and high quality, these WAV format audio files come with a large size which tends to consume a considerable part of your device memory.

Why are WAV files so big?

If sources and some special expert opinions are to be believed, the overall size of a WAV file exceeds that of an MP3 file by approximately 10 times. This is primarily because the WAV format of an audio file is in its most natural and uncompressed nature and consequently, it has the best sound quality compared to all the other audio formats. Hence, there is a great demand for software and applications which can compress the WAV audio files without any prominent loss in the audio quality. 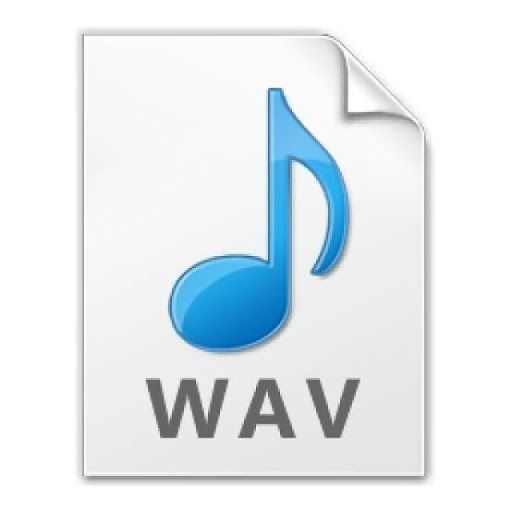 WAV or MP3: Any difference?

The question which might arise now is that what is the difference between the WAV files and the MP3 audio files? Well, the most basic difference between these two crucial audio formats is that the WAV files are completely uncompressed audio files, whereas, on the other hand, the MP3 files are the compressed ones and hence, there is some compromise with the audio quality in case of the MP3 files.

Let us now discuss the size of the WAV audio files. Basically, as we have discussed earlier, the WAV audio files are the uncompressed audio files which are generated using the exact same procedure used for recording CDs. Hence, it has been usually said that the WAV files which are copied from the original CDs may sound exactly as the original version because, in case of the WAV files, the audio file does not lose a single bit rate and the quality remains the same.

Talking about the size of a WAV file, we can easily understand its value if we take an example of an audio clip of 160 kbps bitrate. If the audio clip is in an MP3 version and runs for about 3 to 4 minutes, it would occupy a space of about 5 to 6 MB, whereas, in case of a WAV file, the same audio clip with the same bitrate might occupy 10 times the space occupied by its MP3 counterpart.

Now, talking about the uses of a WAV audio file, it would be appropriate to say that most of the users and companies do not prefer to release their music in a WAV format. This is primarily because of its larger storage requirement and since they have a large size, most of the WAV files find their regular use with the notifications and alarms of various operating systems, such as Windows and Ubuntu.

Apart from this, the WAV files are also preferred by various historians and record keepers as they can store a digital copy of an ancient audio clip without losing any of its original quality. In addition to this, most of the music producers prefer to store a copy of their initial idea in a WAV format as it is compatible with all the present operating systems.

Now once you have come across with the limitations of a WAV audio file, the question which arises now is that are there any methods by which you can compress the WAV audio formats, with the least loss of audio quality?

It is needless to say that as a music enthusiast, it would be a dream to have all your audio clips in the WAV format since it is the most natural and uncompressed form of music available on the Internet. However, the problem which arises with this is that due to its extremely large size, you might face numerous issues with your storage capacity. So, keeping this in mind, a necessity arose to find some way or the other to compress the WAV audio files, without losing any of its quality.

Apart from this, if you intend to send any kind of audio attachment through Gmail, Yahoo mail or any other mailing platform, you can face some serious inconvenience as most of these websites have a size limitation. Hence, the need to compress the WAV files became more prominent and necessary.

How to compress WAV audio clip

So, following are some of the critical steps which you can follow to compress your WAV audio clip without compromising with the sound quality: 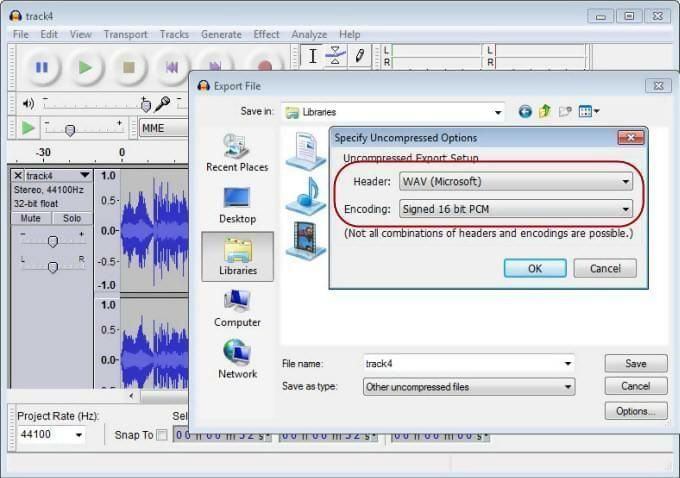 In this procedure, we will be attempting to compress the WAV file without changing its format. One thing which is to be understood before attempting this procedure is that if you reduce the bitrate of your audio clip, the size of the overall audio clip is bound to get reduced, proportionally. So, suppose you need to keep the compressed file as a WAV audio clip, you will just need to lower the parent file’s bitrate and you can achieve a compressed file with a WAV format. 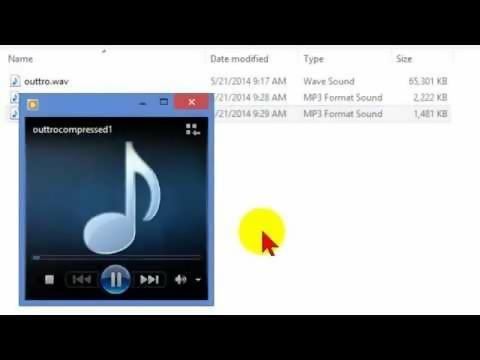 However, you need very careful while adjusting the bitrate of the audio clip, because if you do not maintain a balance with the compression ratio and new bit rate, you can jeopardize the sound quality of your audio clip to a great extent.

So, in order to complete the large-sized audio file, you can use a software which is known as HD video converter factory pro, which you can buy online at a very reasonable price. Apart from this, you can also use Online UniConvertor

Step 1. Select the files which you wish to compress and add them to the WAV compressor

In order to compress a particular WAV file, add the target file by clicking on the tab “Add Files” or by drag and drop method.

Step 2. Once the addition of file is completed, select the output as WAV.

Step 3. Now, once this is done, click on the “Settings” tab and click on the “Audio Settings” from the drop-down menu. Consequently, you will need to select the required bitrate for your compressed file.

Step 4. Once all the steps are accomplished, press “Run” to start your compression sequence.