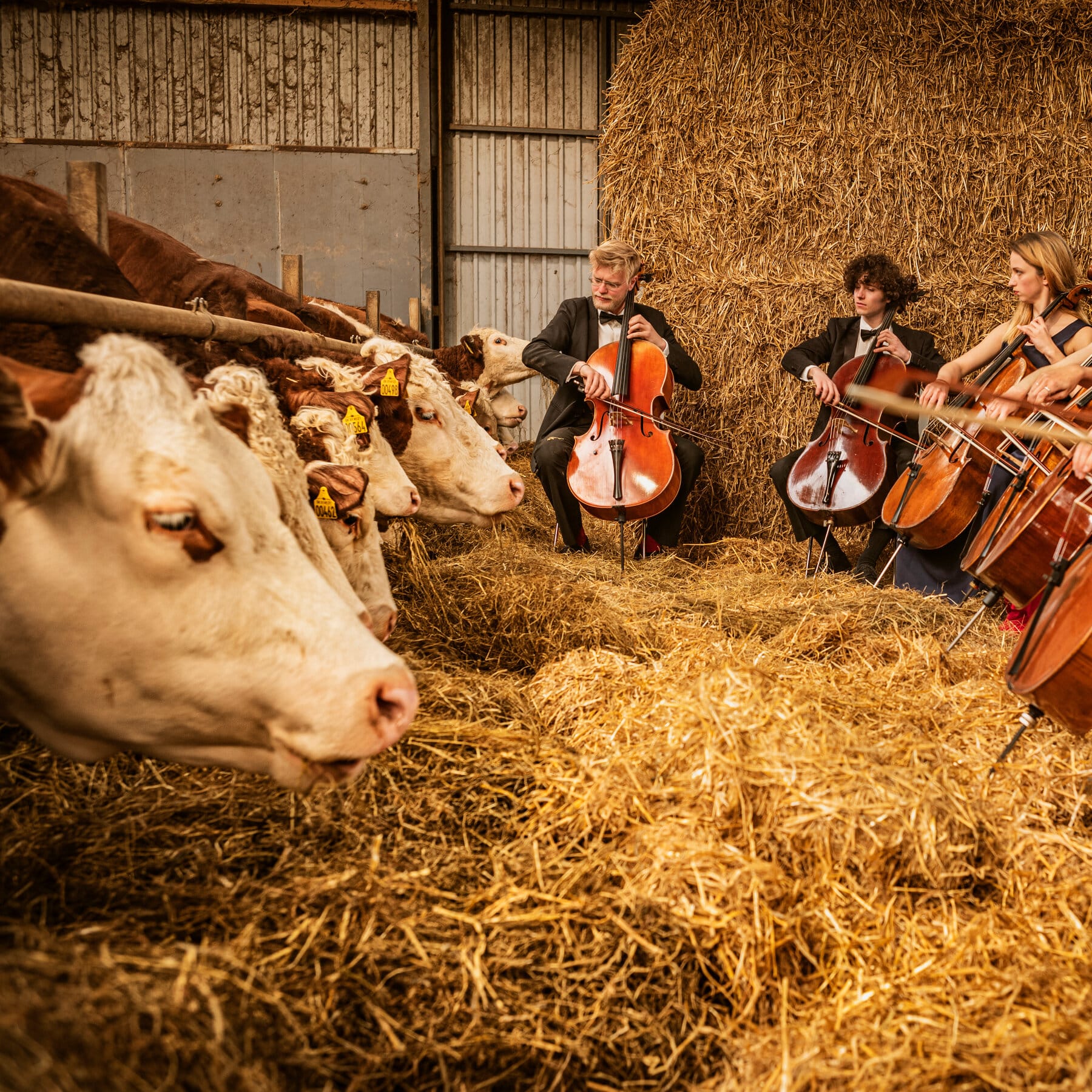 In case you don’t know, quite a few studies have confirmed that cows enjoy listening to music. If you want to learn more about the topic “Why do cows like music?”, this article is for you. Down below is all the information that you should know about cows and their preference for music. Read to the end to be able to understand why cows like music.

Different experts have different theories about why cows like music, but as the animals can’t talk for themselves, the theories remain unconfirmed (somewhat). That being said, in terms of popularity, some of the theories stand out from the rest.

The theory states that cows like music because it makes them feel relaxed and comfortable. Although the names may not understand the wordings in the songs, they still appreciate the melody and harmony. In addition, the theory believes that the vibrations created by the music “pass through the animals and contribute to muscle relaxation. All of that helps the cows stay calm which is why they like music.

Another popular theory about why cows like music is that it reminds them of home. While the theory might sound ludicrous, you should know that it is based on facts. Cows are social animals, and some even consider them to be among the most social animals on Earth. Additionally, cows form emotional bonds with each other so several experts have suggested that cows respond positively to music because it helps reduce the feeling of loneliness.

Another school of thought is that music intrigues cows. Cows are quite curious animals, hence, it’s possible that cows react to music because it’s something “new.” If you start playing music to a herd of cows, they should approach your location and stand around you.

Actually, no. Cows respond positively to many other types of music such as jazz, accordion music, and even reggae. As long as the music you’re playing to your cows isn’t too loud or too fast, the animals would enjoy listening to it.

Can I Play Music To My Cows While Milking Them?

Not only can you play music to your cows while milking them but it’s also suggested that you do so. Since cows tend to remain while listening to music, you should be able to milk them with relative ease. Noteworthily, researchers have concluded that cows produce more milk as they listen to music too.

You want to test it out on the field and see the result for yourself? Then it’s strongly recommended that you play Beethoven’s Pastoral Symphony. According to a particular study, cows respond extremely well to it.

Is Listening To Music Good For Cows?

Yes, it is. When cows listen to music, they tend to become calmer and less stressed. However, you should be thorough in selecting the music you play to your cows. Like you, your cows do not like all kinds of music and some types of music even agitate them. Also, it’s wise to pay attention to the volume as if loud music bothers cows in most of the cases.

What Kinds Of Music Do Cows Hate?

Cows don’t like fast songs, especially those whose tempo exceeds 100 BPM (Beats Per Minute). Such songs heighten the stress level of cows, thus, it’s best to play high-tempo songs to the cows. Even if you enjoy fast songs, there is no guarantee that your crowns also do.

How Often Should I Play Music To My Cows?

There’s no limit to how often or how long you can keep playing music to your cows. It all depends on how much free time you have to keep doing this. For most of the time, it’s wise to schedule the playing of music based on the situation.

Here is an example: you should play slow classical music to your dairy cows when you’re about to milk them as that helps you get more milk out of them. Besides that, you could play music to your cows if they appear stressed in their pens. You don’t have to be present while the music is playing so create a playlist of slow songs and have it on repeat.