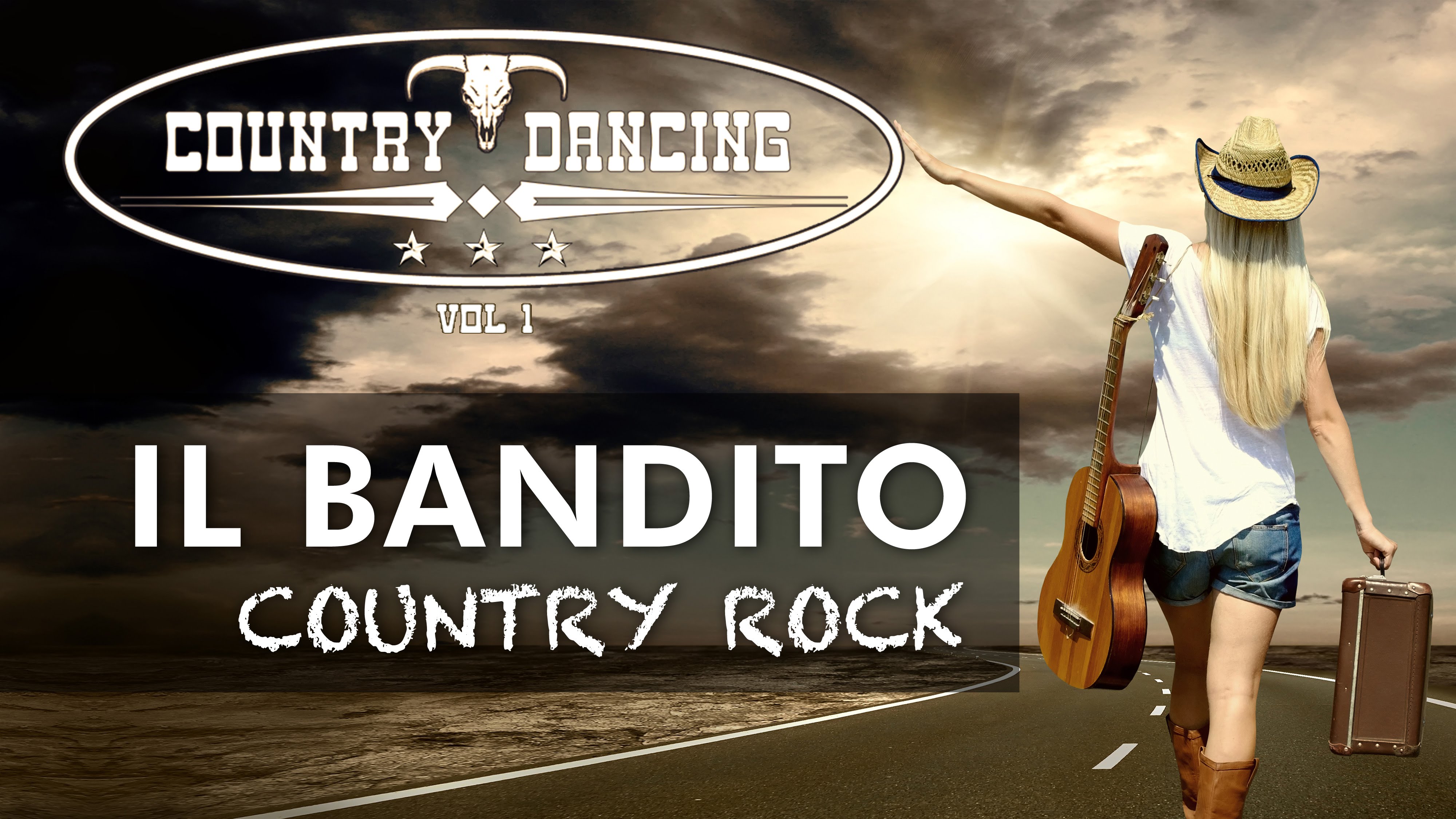 Country and rock have always been uneasy bedfellows, ever since Elvis Presley appeared on the Grand Ole Opry in 1955 and offended country purists with his amalgamation of hillbilly music and R & B. To those outside the Southern States, country was redneck music and stood for political conservatism, while the country industry saw rock and rollers as decadent, longhaired beatniks, who threatened everything that was decent.

Nevertheless, country music was always a part of rock and roll. Elvis’s first batch of singles for the Sun label mixed up blues and country songs in equal measure – That’s All Right Mama, Blue Moon Of Kentucky, Milkcow Blues Boogie, Baby Let’s Play House, Mystery Train – listen to these vital Sun recordings and remind yourself how ‘country’ the first rock and roll songs were. 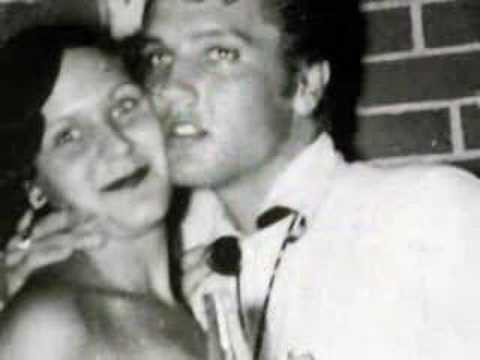 In the early days, Presley was marketed as a country singer. He played country festivals and performed on country shows, like the Grand Ole Opry, The Midnight Jamboree and The Louisiana Hayride, and in 1955 he received the award for most promising new artist from the Country Music Disc Jockey’s Convention.

Sam Phillips was the man who discovered Presley, and subsequently his Sun record label in Memphis became the incubator for a whole range of rockabilly artists. Carl Perkins got the first major crossover hit of the rock era, with his own song Blue Suede Shoes, which stormed up the R & B, Pop and Country charts. He followed up with a slew of rockabilly classics, such as Honey Don’t, Everybody’s Trying To Be My Baby, Matchbox and Lend Me Your Comb.

erry Lee Lewis, the fiery piano player on Perkins’s Matchbox, went on to release other rockabilly classics like Whole Lotta Shaking Going On, Great Balls Of Fire, Breathless and Real Wild Child. Others, like Roy Orbison and Johnny Cash, presented their own unique blend of pop, country and rockabilly music.

More crossover artists followed. Chuck Berry’s debut single, the nationwide hit Maybellene, was, as he explains in his book Chuck Berry: The Autobiography, “my effort to sing country-western, which I had always liked.” The Everly Brothers were more pop orientated, with sweet harmonies and a Nashville sound, while Eddie Cochrane, Gene Vincent and Buddy Holly all started out as country singers before the revolution inspired by Elvis Presley and Carl Perkins pushed them towards rock and roll.

Amongst the most important of the early influences on The Beatles was the rockabilly sound they heard on records shipped over from America. George Harrison got into the Beatles because he could play Bill Justis’s Raunchy, an early hit on Sun records. Throughout their career they wore their rockabilly influences with pride, covering Carl Perkins’s Matchbox, Everbody’s Trying To Be My Baby and Honey Don’t.

Country music was part of the mix in the Beatles own compositions as early as 1965’s What Goes On and Run For Your Life, both from the Rubber Soul album. The Beatles’ most overt country song, however, was their cover of Buck Owens’ Act Naturally, released on the Help! album in that same year.

Buck Owens was an exponent of the Bakersfield style of country music, named after the town in California where it developed. The Bakersfield style was country music influenced by rock, ie played on electric instruments and with a solid backbeat. The Beatles had all been fans of Buck Owens since they’d picked up some of his records during their first tour of the States in 1964.

As late as The Beatles White Album, recorded in 1968, Ringo was singing in an overt country style, without a trace of irony, on his own composition Don’t Pass Me By, complete with authentic country fiddle. A lifelong country fan, Ringo went on to record his second solo album, Beaucoup Of Blues, with country musicians in Nashville in 1970.

Rolling Stones guitarist Keith Richards had idolised Roy Rogers as a boy, and in 1964 the band recorded country singer Hank Snow’s I’m Movin’ On for their 5 x 5 EP, which was later issued on 1965’s December’s Children (And Everybody’s). As Richards was later to say, ‘I always loved country music. To me it’s one of the essential ingredients of what’s now called rock and roll.’ Later, when he met one of the founders of country rock, Gram Parsons, it would push his interest in country music to new levels.

Back in the USA: the early country rock sound

The Los Angeles bluegrass movement of the early 60s involved a number of musicians who would later become highly influential in country rock circles, including bands like The Dillards and The Ketucky Colonels, the latter featuring Clarence White, who later became lead guitarist with The Byrds. Also taking part in this scene were future rockers like (The Grateful Dead’s) Jerry Garcia, (The Byrds’) Chris Hillman, and (The Eagles’) Bernie Leadon.

When Chris Hillman went on to join The Byrds in 1965, his country and bluegrass leanings were smothered in the predominant folk rock sound that gave the band its breakthrough hit, a cover of Bob Dylan’s Tambourine Man. However, he did infiltrate their sound with country influences from early on, suggesting they cover the country song Satisfied Mind for their second album, Turn! Turn! Turn!

The Byrds’ producer, Jim Dickson, got The Dillards to support them on a national tour in 1966. It was at one of these shows that a teenage Don Henley (later drummer with The Eagles), who had gone along to see The Byrds, got his first taste of country music through the support act. Later that year, Chris Hillman wrote his first songs for The Byrds, Time Between and The Girl With No Name, both issued on the Younger Than Yesterday album. Still firmly attached to his country roots, he recruited The Kentucky Colonel’s Clarence White to play on his songs, lending a distinctly country air to The Byrds’ sound for the first time.

One of the original members of The Byrds, Gene Clark, who had left in 1966, recorded one of the best examples of early country rock with his first solo album, Gene Clark With The Gosdin Brothers. The album featured Clarence White, and bluegrass musicians Doug Dillard from The Dillards, plus Vern and Rex Gosdin, the eponymous brothers.

Gene Clark went on to record two superb albums with Doug Dillard; The Fantastic Expedition of Dillard And Clark (1969) is one of the finest examples of early country rock, but despite including some of his best work, in songs like She Darked The Sun and Train Leaves Here This Morning, both written with future Eagle Bernie Leadon (the latter song turned up on The Eagles’ debut album), it did nothing for his profile. Neither did its follow up, Through The Morning, Through The Night (1969). The Dillards continued, minus Doug, and recorded a groundbreaking album of bluegrass/rock fusion called Wheatstraw Suite (1968).

Buffalo Springfield, one of the West Coast’s most influential bands, featured the ex-drummer of the Dillards, Dewey Martin. The band’s first album, Buffalo Springfield, released in 1967, bore tinges of country rock, especially in Stephen Stills’ Go And Say Goodbye. Their third and last album, Last Time Around, released in 1968, carried the blueprint for the laid back west coast sound that would define the immediate future of country rock, in songs like Carefree Country Day and Kind Woman – delicious slices of blissed-out, dope-suffused, Californian sunshine.

Over on the East Coast, The Lovin’ Spoonful were clearly allowing country influences into their folky sound on their third album, Hums Of The Lovin’ Spoonful (1966), with songs like Lovin’ You, and the tribute to Sun Records, Nashville Cats (and we’ll overlook the fact that Sun was from Memphis, not Nashville).