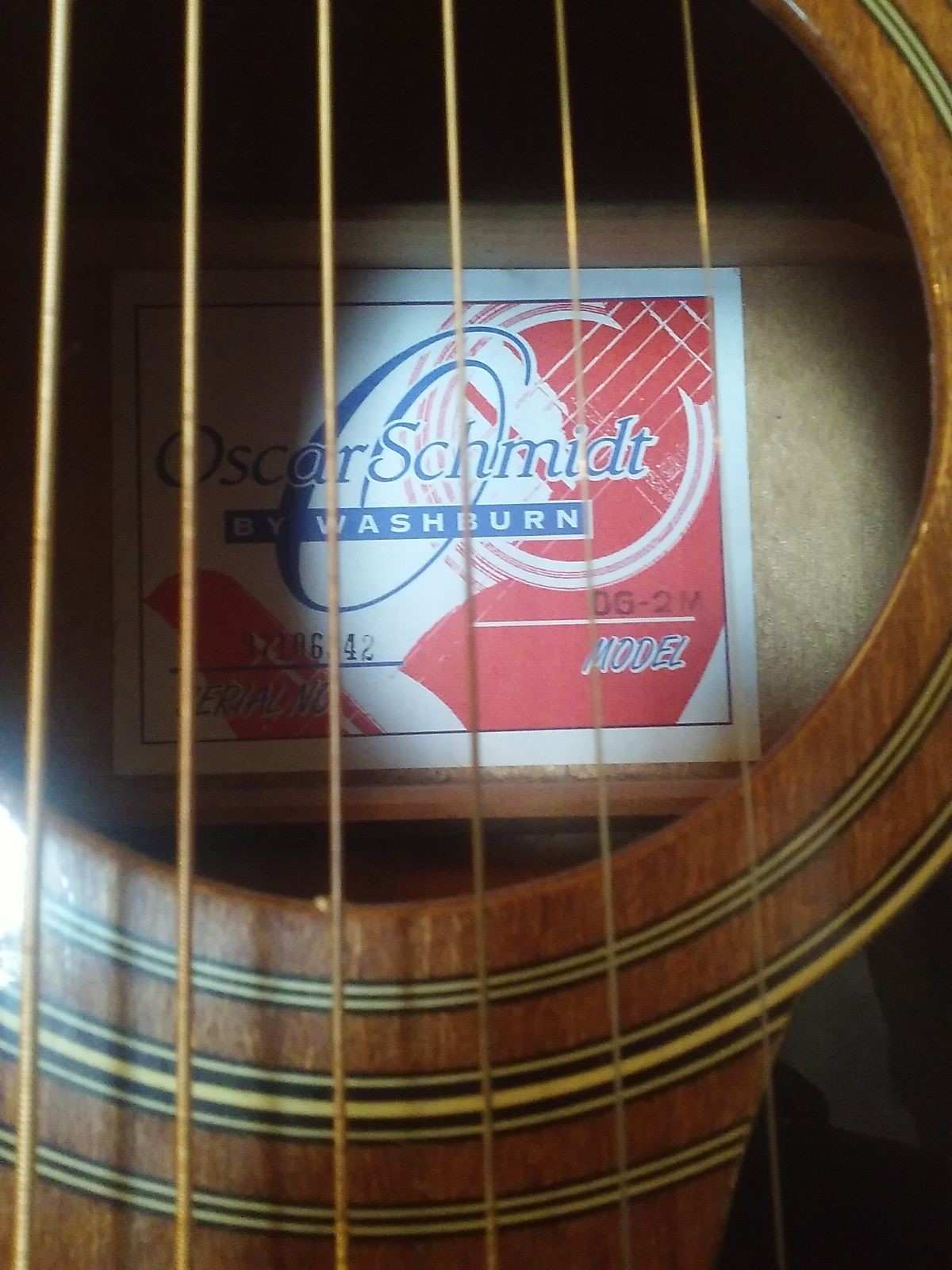 When owning a guitar or any musical instrument, the least that you’ll check is the serial number. You know the brand and the model number by heart, but you don’t know or even pay attention to the serial number. For Fender, Gibson, and Martin, it’s very easy to look up the serial number online. But, if you have an old Oscar Schmidt, serial number lookup is quite a challenge, which is why this article is made.

What is Oscar Schmidt?

Today, Oscar Schmidt is under the Washburn International, a division of the U.S. Music Corporation, a subsidiary of the Canadian Corporate group Jam Industries. So, you can find the Oscar Schmidt instruments to have ‘by Washburn’ byline in the logo.

Oscar Schmidt Serial Number and Where to Find It?

As you have noticed, Oscar Schmidt has been there for about 148 years. So, you can’t imagine the number of guitars, banjos and other instruments that are now more than a century old. The next question would be, “How will you know the value of your old Oscar Schmidt?”, “How will you let people believe that you own a 1920 Stella?”

If you can’t see the serial number from any of these locations, if you’re willing, go to a local guitar tech and have the neck removed. You may find a date marker on the neck or any number that indicates anything related to the manufacturing date of your guitar.

How to Read to Serial Number of Your Instrument?

Getting into the pattern or sense of the Oscar Schmidt serial numbers is pretty hard. However, most of their guitars have 30 as first numerals. This could mean that the guitars are made in the early 1920s to the late 1930s. But, it doesn’t always make sense to the newer instruments.

Oscar Schmidt instruments have been there for ages under different company names. And, now, it’s under Washburn International of the Jam Industries. So, the different serial numbers might be because of the changes in the naming standards brought by different company names producing the products. You can’t find any information online and there’s not even an archive of their products.

Yet, if you’ll refer to Washburn, you’ll get a bit of clarity in your mind. In most cases, the first two numbers of the serial number indicate the year. If you have 94000000, then, that means the guitar is made in 1994. Once you know the year, you can easily locate the product by accessing their archives.

Some serial guitars have only one number to identify the year. For example, if the serial number is 240000, maybe, it’s either a 1982 or 1992 guitar model. Some manufacturers even indicate the exact date of creation, like 941101. This means the guitar is made on November 11, 1994. But, it’s not always the case with Oscar Schmidt.

Still, there are other guitars with serial numbers like 00001 or 00089. Of course, if this is the pattern, then, it could be that the former is older than the latter. But, you’ll never know if this information is correct until you ask the company. You can contact Oscar Schmidt if you want to know what the serial number means.

The Importance of Knowing the Serial Number

To track when your valuable instrument is lost and to avail of the warranty. In most cases, the serial number doesn’t only indicate the manufacturing date, but also a code unique to your instrument. So, knowing or memorizing this minute detail of your guitar will help you find it when it’s lost. Check out this YouTube video and how the owner retrieves his guitars with the use of serial numbers:

Also, Oscar Schmidt won’t cover warranty for guitars and other products with altered or removed serial numbers. Even though these numbers are annoying, it’ll save the day when you least expect it.

Serial numbers seem annoying, but it’ll reveal a lot of information for your instrument. From the year of manufacture to the kind of instrument you have, you’ll know a lot about your gear from the serial numbers. For guitars, it can be found at the back of the headstock, the neck or on the soundhole stickers. Even though Oscar Schmidt serial number lookup is difficult, it’s worth several tries. You don’t know you’re already holding a treasure in your hand. Hope this post answer your question about: how to date oscar schmidt autoharp.