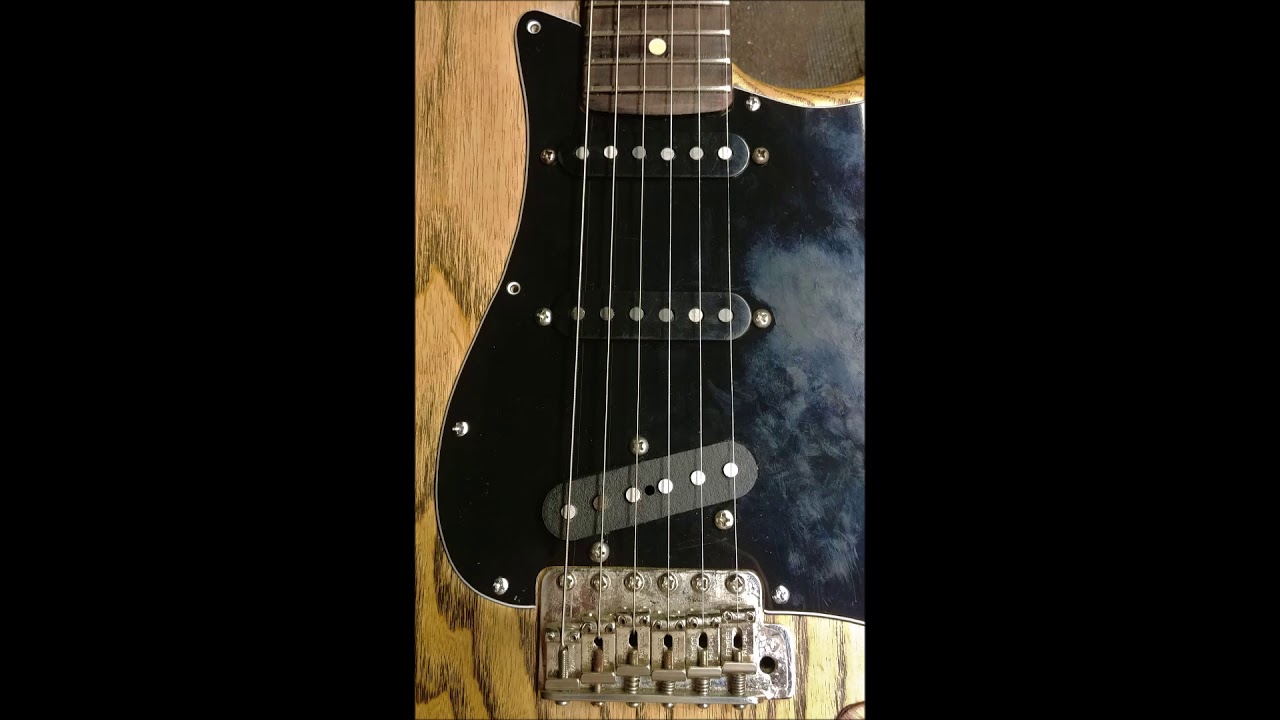 Among the guitars on the market nowadays, Telecasters usually receive praise for the high-quality sound that they produce. However, not everyone could afford a Tele and many opt to go after the Start instead which leads to discussions about Tele pickups in a Strat. You want to know whether it’s possible for Tele pickups to work in a Strat? Then it’s strongly recommended that you spare some time to take a look at this article.

If you expect your Strat to sound like a Tele once you install Tele pickups on it, you will be disappointed. The twang and spank of a Tele come from the metal bridge to which the pickup is mounted and the Strat does not have that. Besides that, slight changes also occur to the bride/ middle combo.

If you still insist on putting Tele pickups in a Strat, remember that you must overcome some technical challenges. Specifically, differences exist in mounting systems: the Tele pickups usually contain three mounting holes while the Strat only features two. As a result, you will be required to do some modifications like routing the guitar.

Tele Pickups In A Strat: Workarounds

Considering the number of problems involved in installing Tele pickups in a Strat, it’s no surprise that people look around for alternatives. One way is to get your hands on a Duncan Twangbanger which could emulate the Tele while eliminating the need for significant modification. Furthermore, it’s possible to deal with differences by putting a base plate on the Strat bridge pickup. Depending on the situation, you should think about adding passive parts like resistor and cap to improve the bride middle combo.

Why Is The Strat Popular?

The Strat’s design is simple, thus making its head hard to break over time. Also, this guitar is quite affordable so guitarists don’t have to strain their budget to get it. Noteworthily, the single coil pickups could scream out in front of a band rather than only being a part of it.

According to many guitarists, the answer is yes. The light body, double cutaway design and thin yet comfortable neck make the Strats well-suited for people who only begin to learn to play guitars.

Which Genre Is Best For The Strat?

To put it plainly, with the Strat, you can play every genre. Several well-known blues and rock players can be spotted with the Strats on their shoulders.

Is The Strat Superior To The Les Paul?

It depends. The Strat and Les Paul’s fingerboards have a radius of 9.5″ and 10″– 16″ respectively. Therefore, it can be seen that Les Paul’s radius neck is much flatter, thus resulting in lower actions and better playability. However, the Strat offers cleaner playing styles thanks to the wide range of snappy and ‘choppy’ tones.

Was The Strat Used By Jimmi Hendrix?

Yes and if you are a fan of Jimmi Hendrix, you should have known that he almost exclusively used the Strat throughout his career, especially in the late 1960s.

Which Strat Was The Favorite One Of Jimi Hendrix?

The two most well-known Strats associated with the talent of Jimi Hendrix were the Woodstock Stratocaster and Black Beauty.

Did Kurt Cobain Use A Strat?

Even though various genre-defining rock guitarists loved the Strat, Kurt Cobain was not one of them. The famous guitarist used a Fender Mustang instead and he even said that it is his all-time favorite. If you are curious about the reasons, the Fender Mustang fits well with high-octane rock music and live performances thanks to the short scale and slim neck design.

Who Made The Strat So Popular?

The answer is Buddy Holly since he was the first guitarist to bring the Strat to mainstream and his sunburst Strat immediately became an icon.

Who Is The Owner Of The First Strat?

The current owner of the first Strat is George Gruhn, a vintage guitar aficionado. This guitar has a serial number and it was produced in 1954.

Which Is The Cheapest Strat?

Starting from $500, the Fender Standard Stratocaster is the cheapest Strat available in the market. This line is produced in Mexico which makes it cost less than the American Standard one.

What Made Eric Clapton Switch To The Strat?

In 1970, the famous guitarist Eric Clapton decided to change from using The Gibson to the Strat. The reason behind the switch was the influence from Jimi Hendrix and Blind Faith bandmate Steve Winwood.

Why Does My Strat Produce Such A Loud Noise?

The three single-coil pickups are responsible for the loud noise from a Strat. Each of the pickups is able to generate a loud humming noise so altogether, they make the Strat sound noisy.

Did Eddie Van Halen Use A Strat?

Yes, but only for a short amount of time. To be precise, before Van Halen was formed, Eddie played a Strat but it was not favored by the rest of the band so he had to sell it.

Is It Possible To Make A Strat Sound Like A Les Paul?

Unlike the Tele, the Strat is significantly different from the Les Paul so it’s impossible to sound identical. Both guitars have completely distinctive designs, pickups and materials. The sound of a Strat is brighter and more articulate thanks to the single-coil pickup.

Did Elvis Presley Use A Strat?

In 1968, a Strat prototype was made exclusively for Elvis Presley and he did use it a few times but not in concerts. After a few months, he decided that the Fender was too heavy and could not perform as well as his favorite Gibson and Martin guitars.