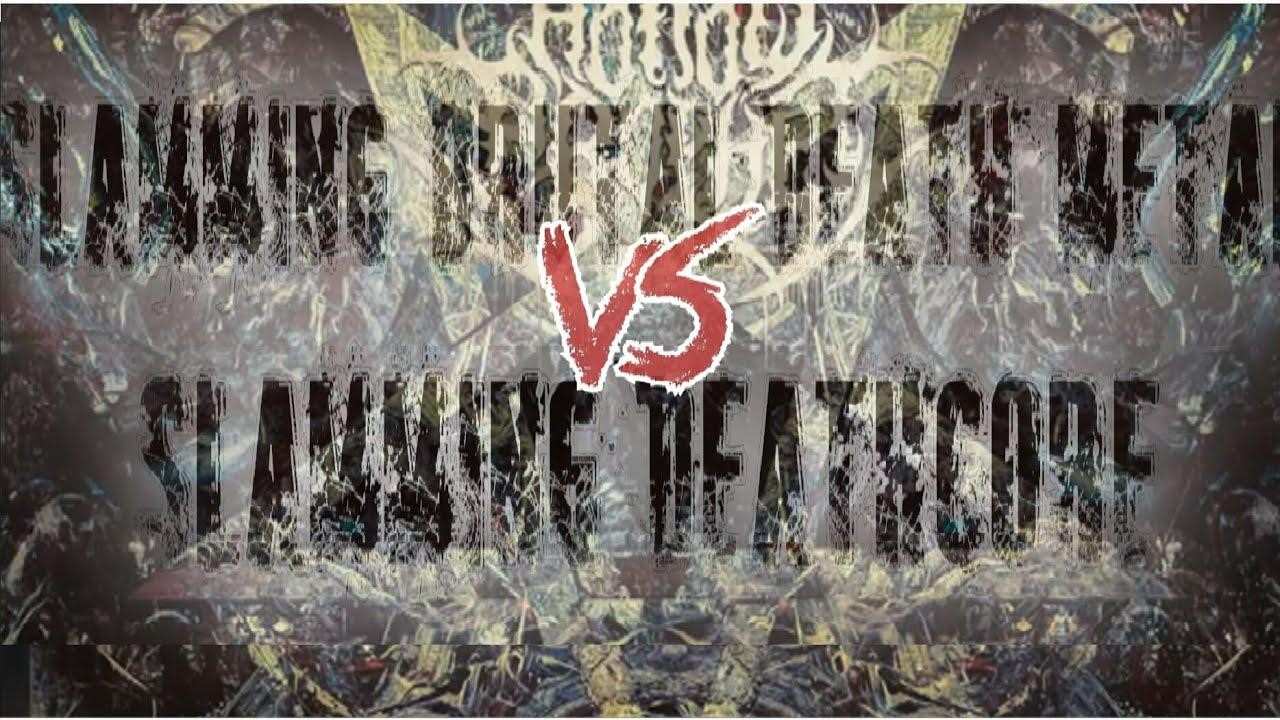 Extreme metal lovers know that there is just too much to learn about this genre. You’ll find tons of different genres and subgenres in this music genre, including metalcore, black metal, death metal, grindcore, deathcore, and a lot more. Each has shared characteristics of the harsher styles, high level of distortions, screaming, fast tempo and more. However, the most confusing of these subgenres is the deathcore vs death metal.

To help you understand these subgenres, both are explained and compared in the following sections. For those who are fans of Venom, Slayer, Kreator, Suicide Silence, Carnifex, and similar bands, maybe you can easily distinguish these two. Yet, for those who are still new to the genre, this article will provide the most comprehensive comparison between them.

You can expect techniques and styles from both genres like heavy distortions, low-tuned guitars, blast beats with metalcore characteristics such as breakdowns. Though it all has deep growling vocals, you can also find clean vocals and a lot of different styles vocally.

This genre began in the early 2000s popularized by Canadian deathcore band, Despised Icon, American deathcore band, Antagony and more. During the mid-late 2000s, more bands focused on the genre, including All Shall Perish, Suicide Silence, Carnifex, Whitechapel, and more.

What is Death Metal?

Death metal emerges from the musical structure of thrash metal and black metal. Since mid-1980 bands like Venom, Celtic Frost, and Slayer began to spread the death metal music. From the late 1980s to the early 1990s, this genre became more popular through the emergence of more bands and more attention from the media.

Since then, death metal has evolved into different subgenres, including melodic death metal, technical death metal, deathcore, and more. As a method, deathcore is a combination of this subgenre with the metalcore.

Since deathcore shares a lot of characteristics with the death metal, it’s important to start discussing the latter. In most cases, the setup for the death metal includes two guitars, a bass guitar, vocals, and a drummer. The drummer usually deploys “hyper double-bass blast beats.” With electronic keyboards, some bands also include that to spice up their music.

You can identify death metal because it’s usually fast with heavy distortions and low-tuned guitars. The percussion is usually aggressive and very powerful, which will be complemented with death growls or snarls. Death growling is a screaming technique that uses the lowest vocal register or vocal fry. There are three different methods used to achieve harsh vocalization — false chord screaming, vocal fry screaming, and “true” death growls.

Death metal commonly uses lyrics that invoke violence, occultism, religion, politics, philosophy, science fiction, and so on. You can hear these lyrics and vocals very clearly from the songs by Dying Fetus, Cannibal Corpse, Aborted, and more.

Deathcore is also characterized by blast beats, down-tuned guitars, growled vocals, and of course, the breakdowns, which is a character of the metalcore genre. It’s either a combination of breakdowns (metalcore) and death metal riffs or metalcore riffs with death metal tuning. Deathcore bands often have guitar solos.

Though deathcore also uses growls, shrieked screams are more common. Some vocalists of this genre use pig squeals (generally comparable to a squealing pig). Sung vocals are very rare in the deathcore genre. Yet, there are songs found to have some sung vocals included like the “Awaken the Dreamers,” from the All Shall Perish and the song “Incisions” of Oceano.

For an untrained ear, there’s no difference between deathcore and death metal. However, the ultimate differentiator between the two is how the tunes are played. Death metal is probably more complex between these two in terms of instruments and vocals. Though it doesn’t need to have high-pitched screams, at some points growls are done to complement the aggressive lyrical content of some death metal songs.

Deathcore, on the other hand, has the characteristics of both metalcore and death metal. This could be an opposite to death metal, wherein the styles and approaches are just simple, mixed with high-pitched screams, blast beats and breakdowns. Here is a quick summary of the differences between deathcore and death metal:

This YouTube video will show you that deathcore is more on the groove and feel, while the death metal needs more speed and complexity of your style:

So, which type of extreme metal appeals to you — deathcore vs death metal? Sometimes, you become biased and fixated with one genre because either you listen to it often or your idols are in a deathcore (or death metal) band, and they’re so cool. Yeah, metal players are cool as they seem to express their music in the most aggressive, vulgar, and daring way.

The real question would be, is this also the kind of genre your heart wants to play? If the metal genre is the scream of your heart, it’s you to decide — become a badass death metal guitarist or just a cool deathcore loyalist.