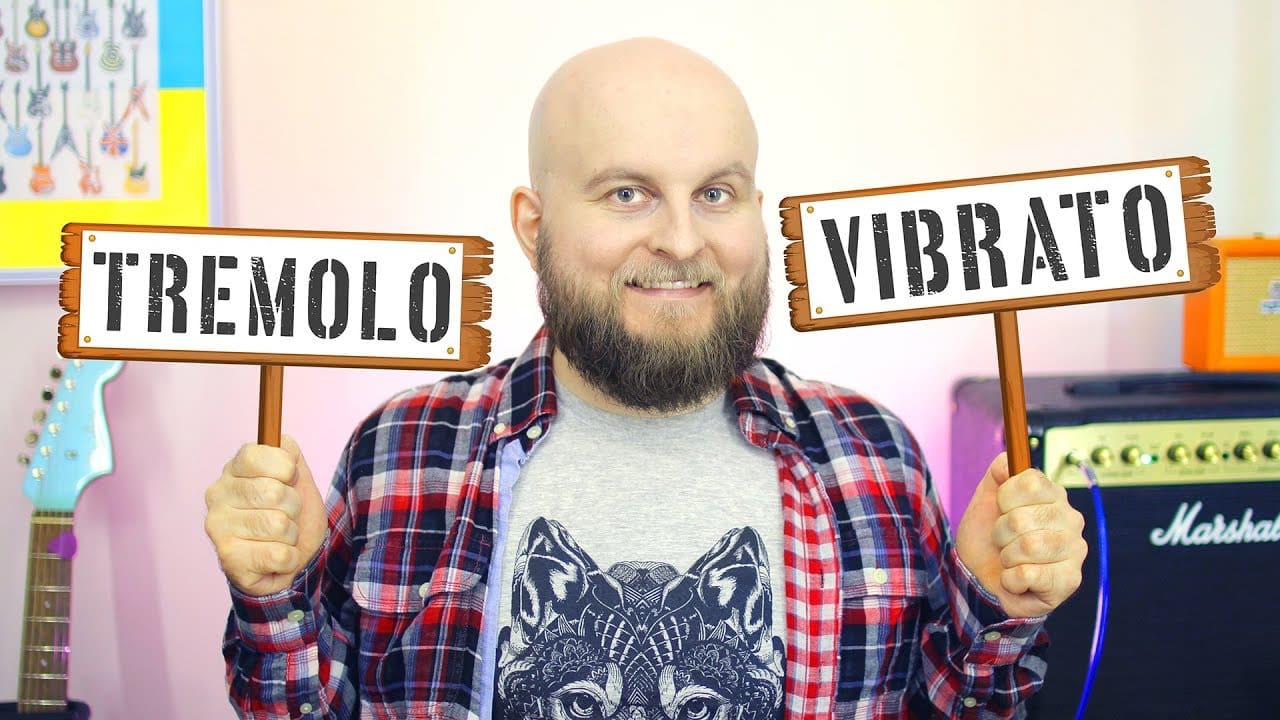 Do you know what is the difference between tremolo and vibrato? If you are the kind of musician who seeks to  learn about the concept rather than just the application, you know that tremolo and vibrato are two different modulation effects that have been used interchangeably. This article will try to clear out the confusion and explain the reason why there’s such confusion in the first place.

It’s a modulation effect that is produced by varying amplitude or volume of the signal. You can create the “trembling” or “shuddering” effect with a slight and rapid variation of the volume of a note. You can find this effect in various amps like Fenders, Marshalls, Voxes, among others.

Yet, before this effect has been readily available in amps, stompboxes, and even in effects devices, it has existed for several years as a musical technique. Since 1954, when it was first used in guitars, this music concept has been characterized by two parameters – depth of the volume of variation and the speed of the fluctuation of the volume.

While tremolo is of the volume variation, vibrato is about the pitch. It’s also a modulation effect that produces a pulsating sound effect with the slight and rapid changes of the pitch (frequency) of a note. This music technique has also been around for centuries that used to add more color to music. It was in 1956 that this method was used in guitars.

Like tremolo, vibrato is also defined by two parameters: depth and speed. But, in vibrato, it’ll be about the amount of the pitch variation and how quickly the vibration is, respectively. This effect makes the music richer and stronger.

In other words, vibrato is about the change in pitch, while tremolo is about the volume. Yet, there’s a deep reason why it’s confusing. Which term to be used to refer to such application, especially in electric guitars?

Fender started it. When the guitar maker introduced its Stratocaster guitar way back in 1954, it was equipped with a mechanical bridge system to easily bend strings, while keeping the guitar in the right intonation. It was called a synchronized tremolo system (whammy bar), but basically, it was a vibrato system. 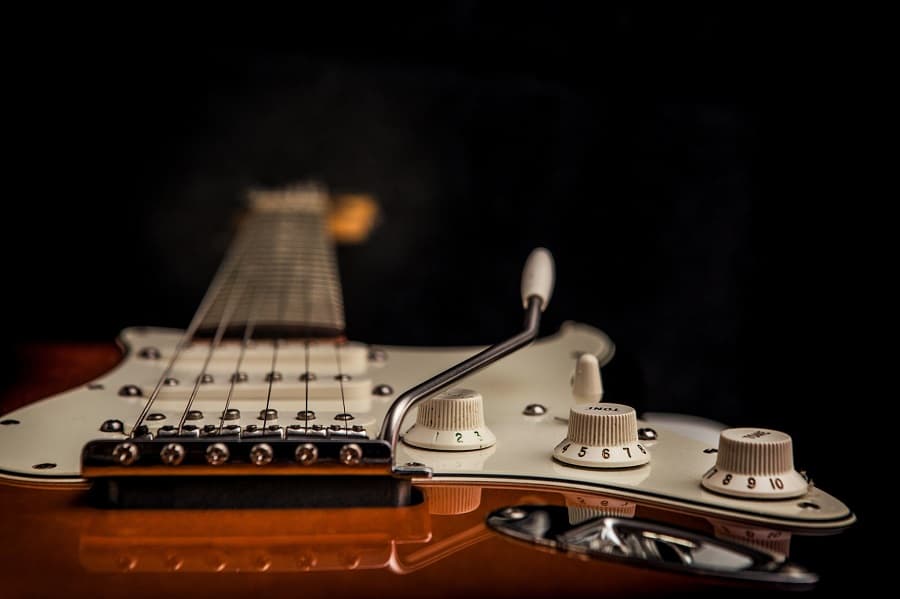 To explain further, let’s check how vibrato is actually done in a guitar. A true vibrato can be produced either manually or mechanically. For manual vibrato, players used the fretting hand to bend the strings up and down while surfing the fretboard to produce alterations in pitch.

There lies the confusion. The string bending mechanism of Strat’s synchronized tremolo system is actually a mechanical version of a vibrato effect. And since the Fender Stratocaster has been very popular since then, more guitar players have started to use the terms tremolo and vibrato interchangeably. 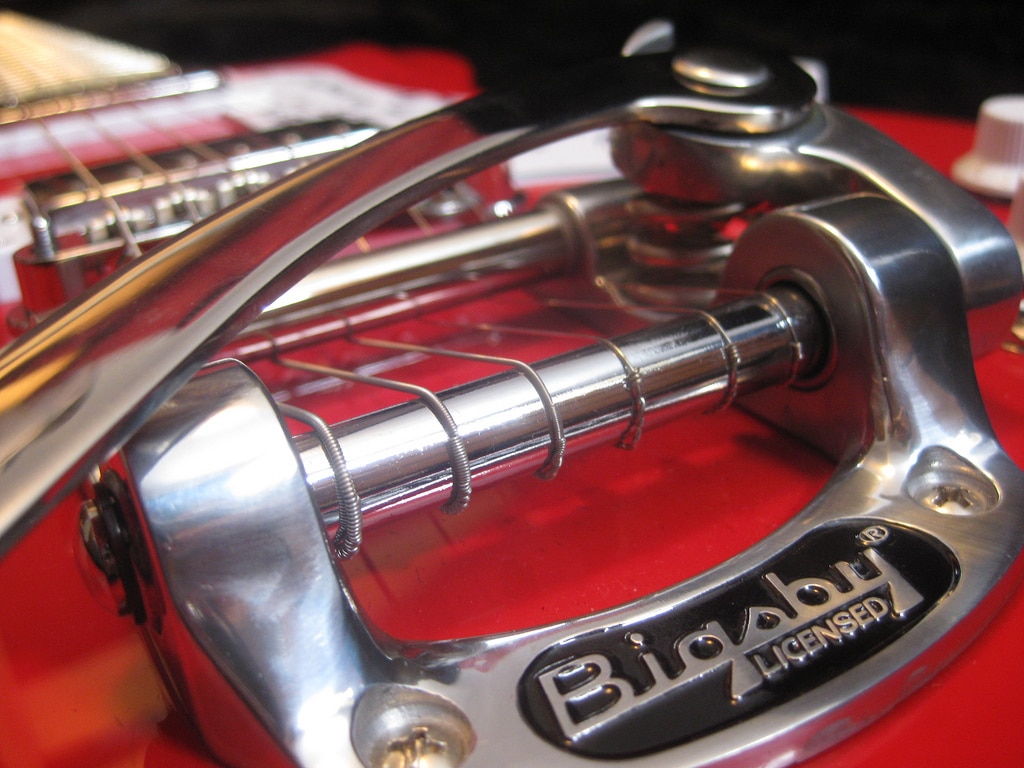 As a matter of fact, it’s not only Fender, but other manufacturers too, they make vibrato systems and introduced it as tremolo systems in their guitars. Many guitarists, even the experienced ones, referred to the vibrato system as the tremolo system. Although it’s very clear that the effect that this system produces is on the change of pitch and not on volume. Therefore, it is time to call them vibrato systems, instead.

Tremolo is widely used in surf music. Among the most popular songs that have elaborate tremolo effects are Green Day’s “Boulevard of Broken Dreams” and Pink Floyd’s “Money”. In practice, the tremolo effect is quite different from the tremolo as a technique.

There are amp models with built-in tremolo effects, which are commonly referred to as tremolo amps. Among the great tremolo amps are Fender Super Champ, Vox AC30, and Marshall Super Tremolo. 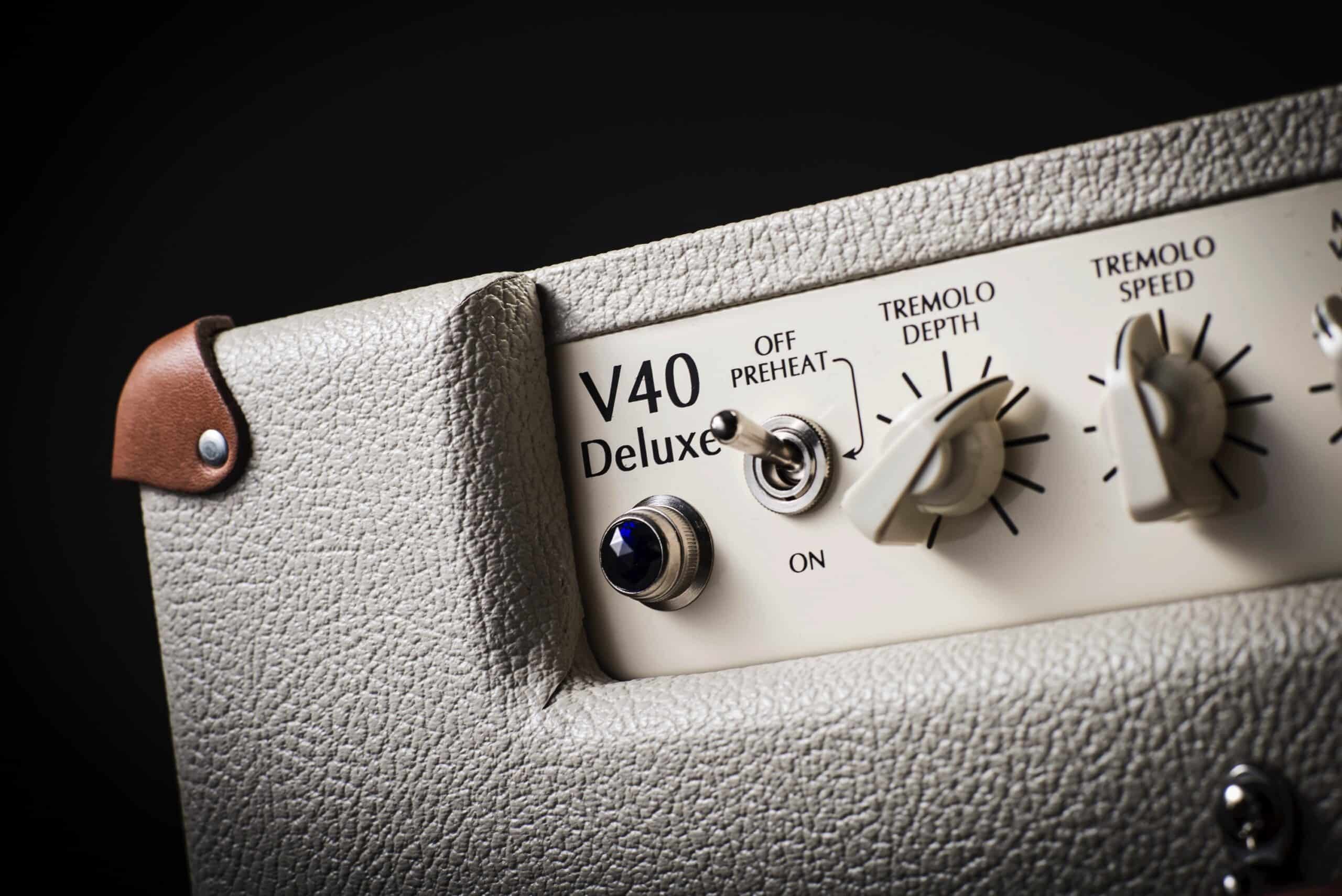 On the other hand, there are also great tremolo pedals that guitar players love adding to their set-up. Check out Boss TR-2 Tremolo, JHS Tidewater Mini Tremolo, and Strymon Flint.

Since the 1960s, amp manufacturers have been adding the vibrato effects to guitar amplifiers. Among the famous amps with vibrato effects are the Fender Twin, Fender Vibrasonic, and Magnatone Panoramic Stereo Amp, among others. However, amp-based vibrato still appeared to be more like pitch modulation – much closer to tremolo than a real vibrato.

Hence, vibrato isn’t used much as an effect, but rather as a musical technique. From classic to metal, and nearly every genre in between, vibrato is used to add more expression and coloration to the music. There are vibrato pedals in the market that replicate the vibrato effect more authentically. In addition, stompboxes are lightweight and easy to carry and manipulate, as well. Examples of vibrato pedals available in the market are the TC Electronic Shaker, Boss VB-2W Vibrato, Dunlop M68 Uni-Vibe, JHS Emperor V2 Chorus / Vibrato Pedal, and many more. 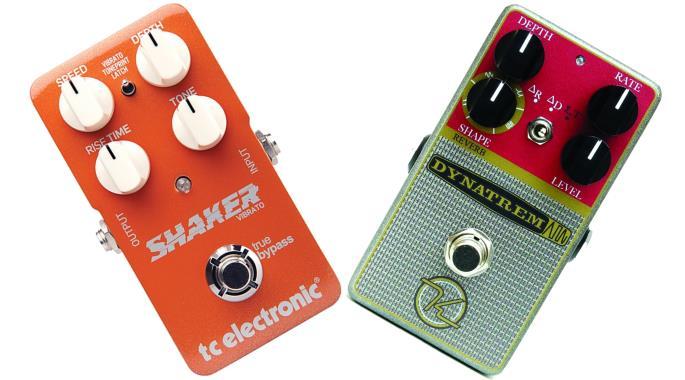 Vibrato and tremolo modulation effects are generally used with electric guitars. And, you rarely have these effects with an acoustic guitar. Guitarists still have the option to add vibrato and/or tremolo manually, though, – in the old-fashioned way – with their fingers.

In an untrained ear, both tremolo and vibrato appear to be similar in their sound production. So, what’s the difference between tremolo and vibrato? In application, tremolo is associated with volume, while vibrato with the pitch.

Ever since the concept of vibrato and tremolo as a musical technique was established until Fender’s introduction of the synchronized tremolo to its Stratocaster. The synchronized tremolo is actually a system that allows you to mechanically bend the strings without any changes in the intonation. Unfortunately, the act of string bending is a manual version of the real vibrato.

Since this article has already supplied you with all the details you need including the application of tremolo and vibrato, there’s no reason that you’ll be confused. Hence, from now on, you should start calling the synchronized tremolo by its correct name – the vibrato system.

Lastly, both tremolo and vibrato are now available as effects and pedals. Although vibrato is way better to be a pedal than an effect, these two really make your music interesting and unique.